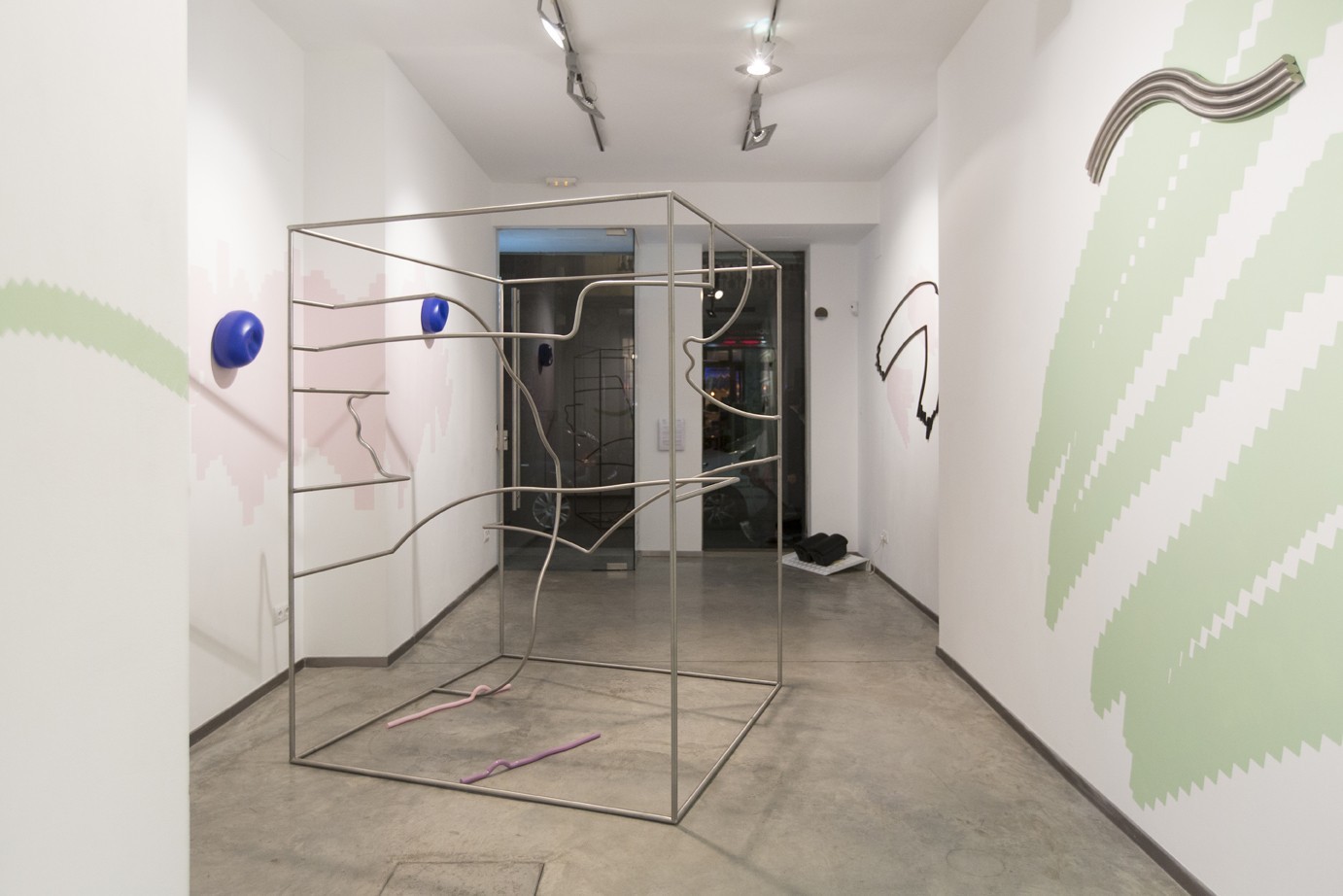 Materials of the Future 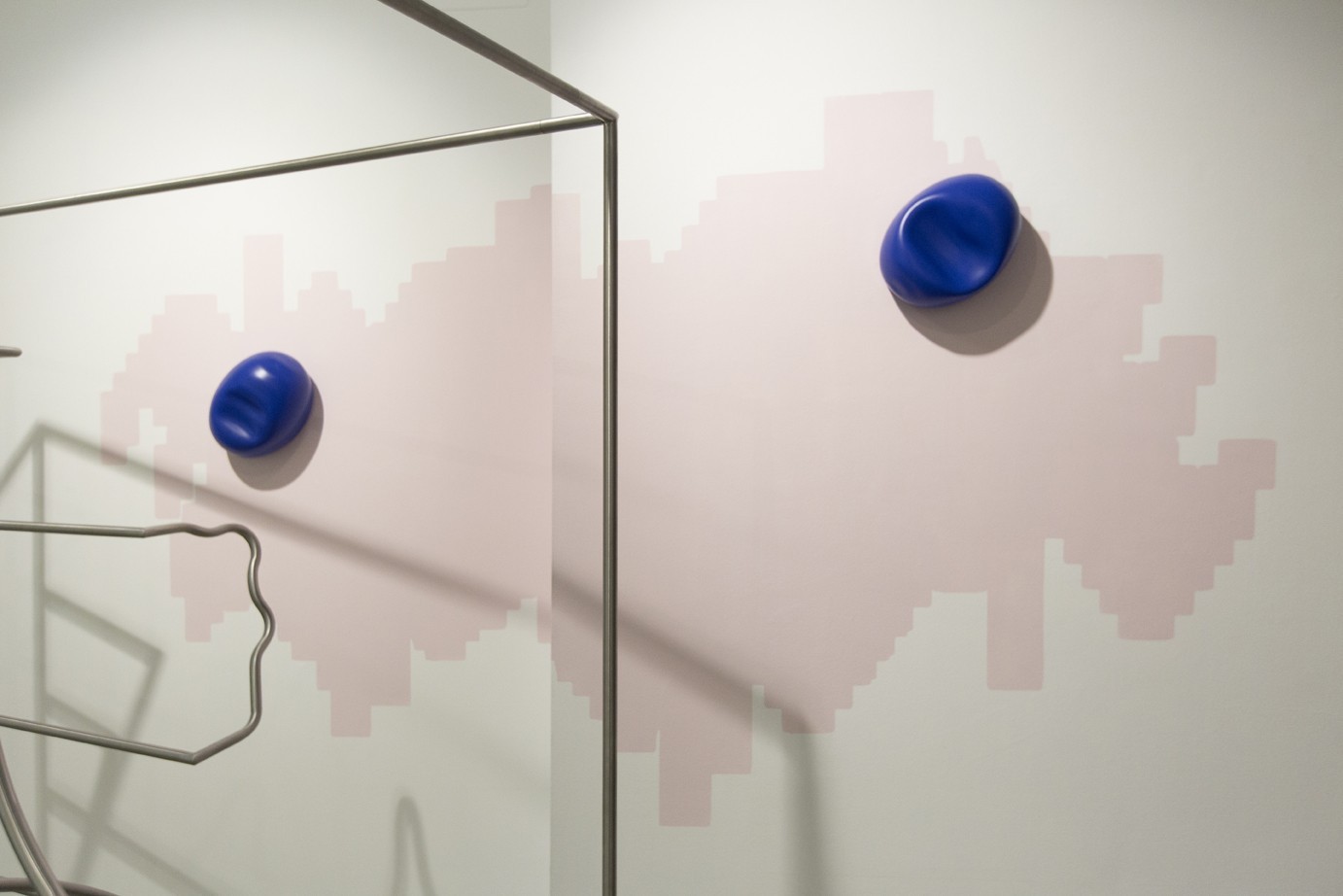 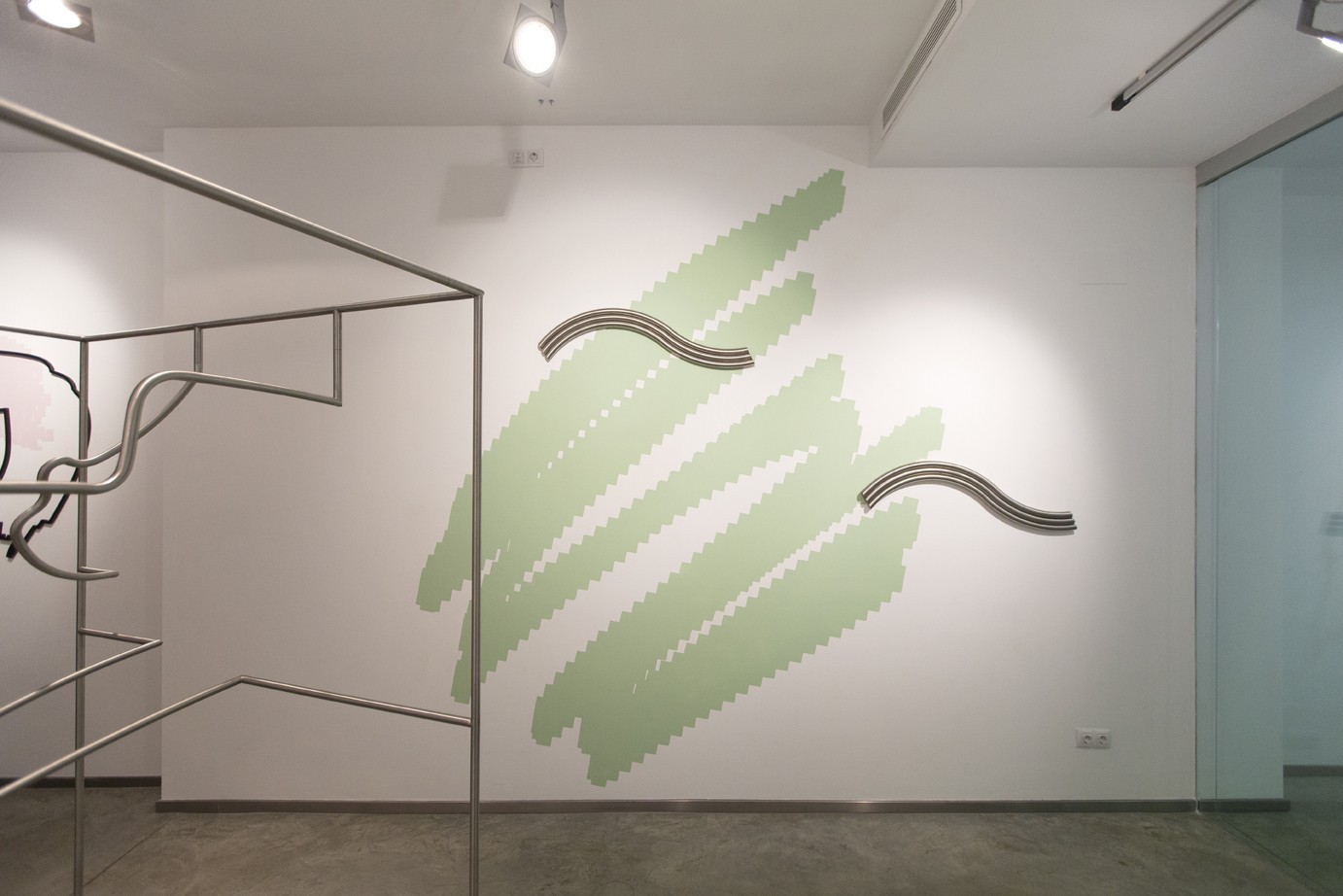 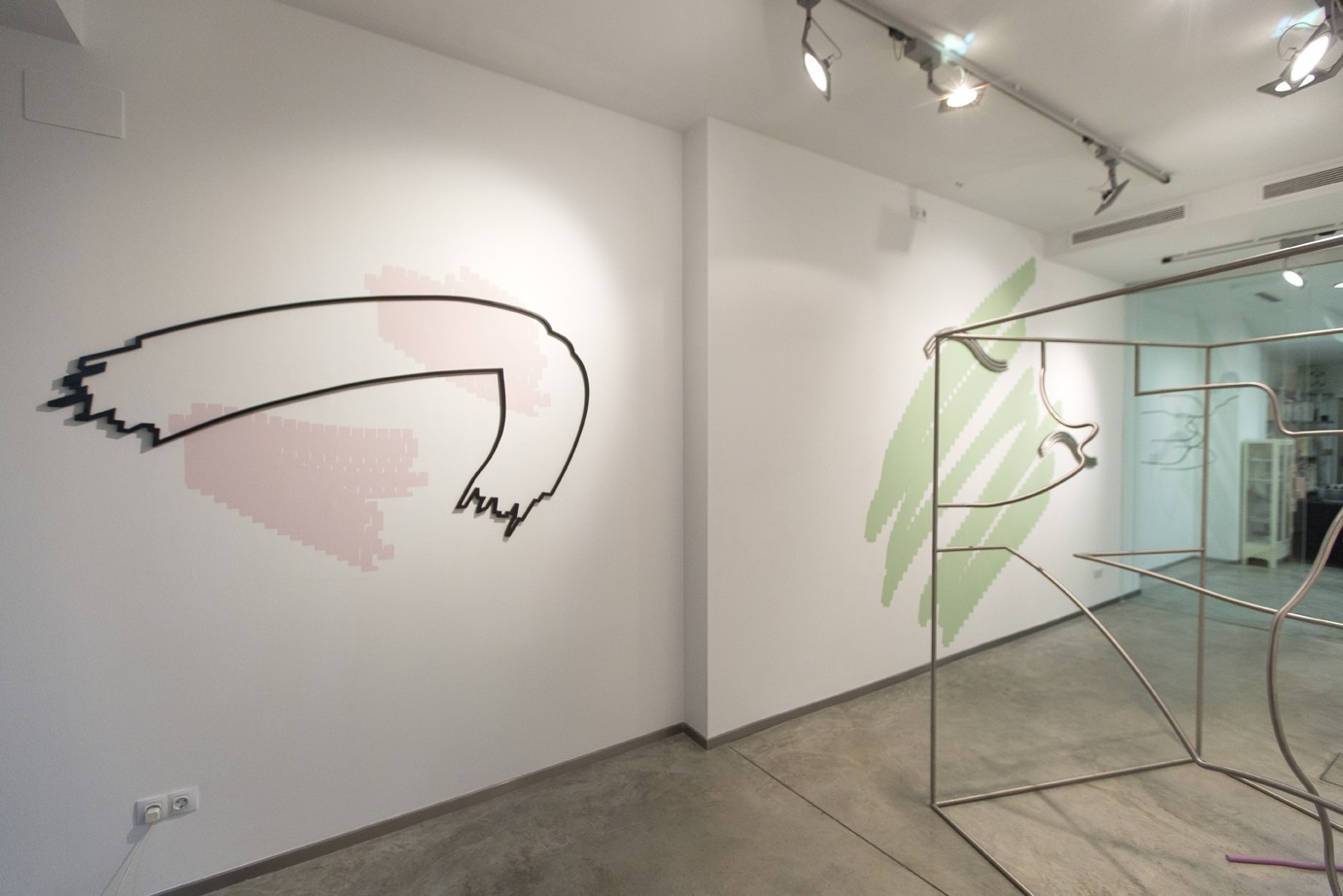 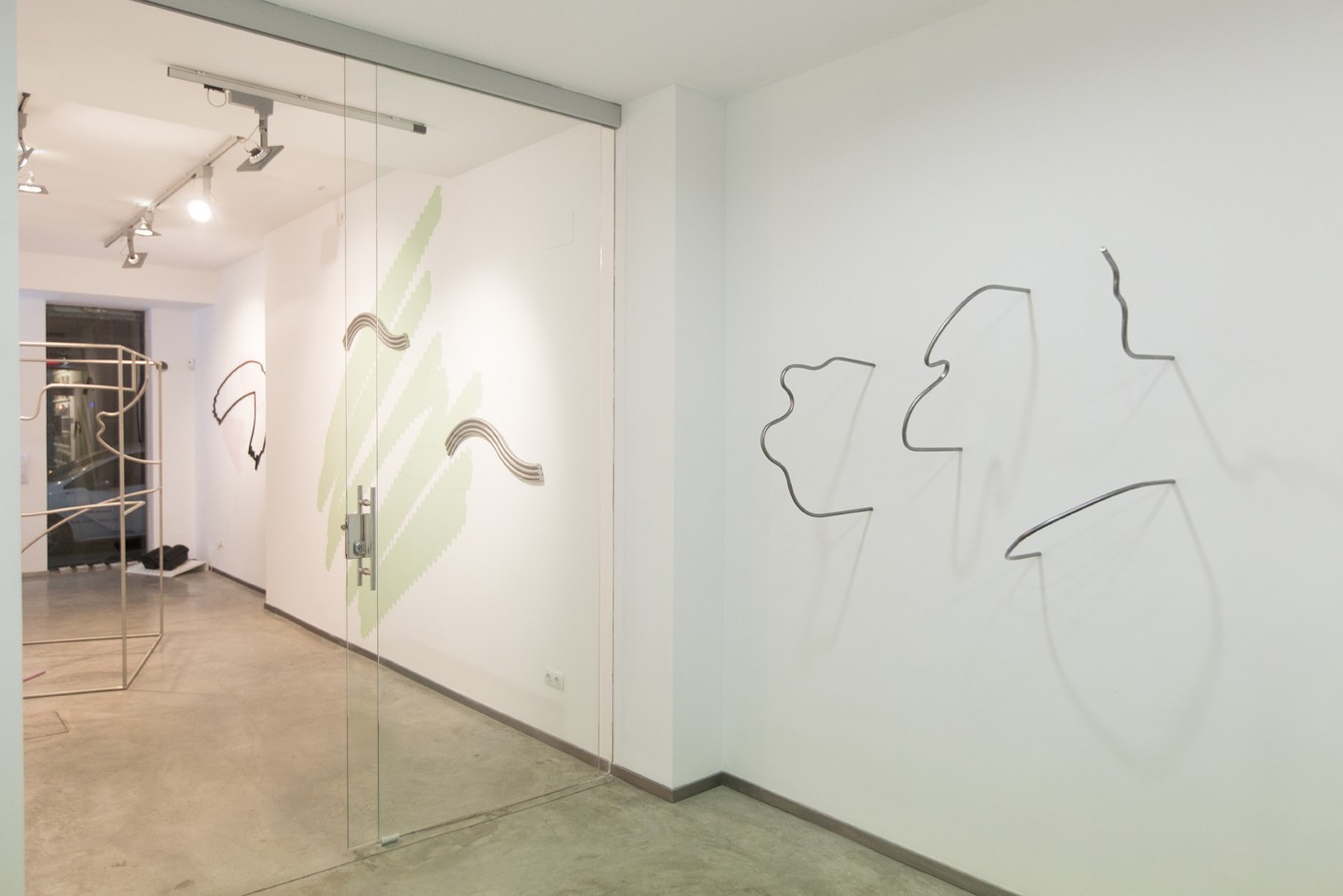 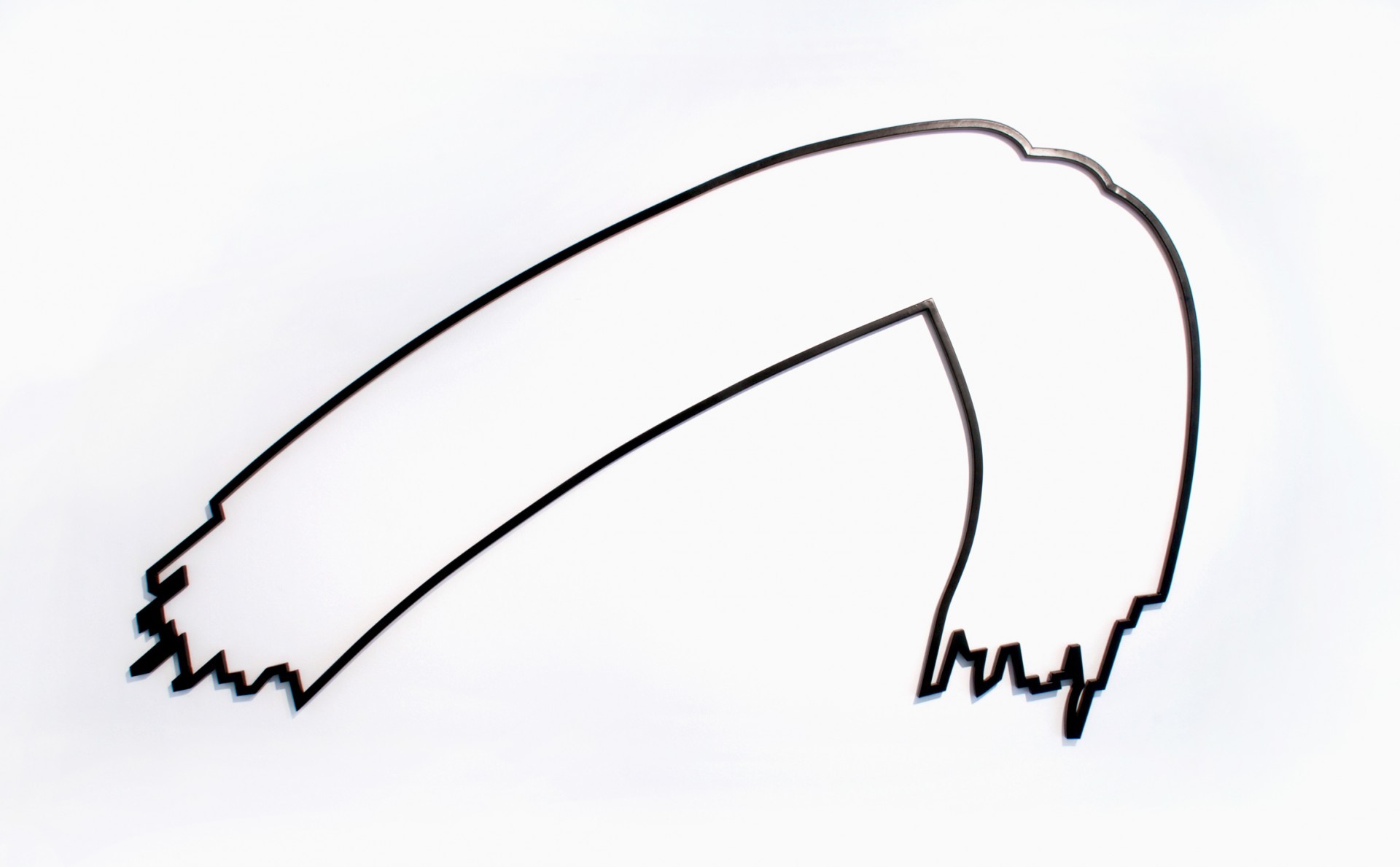 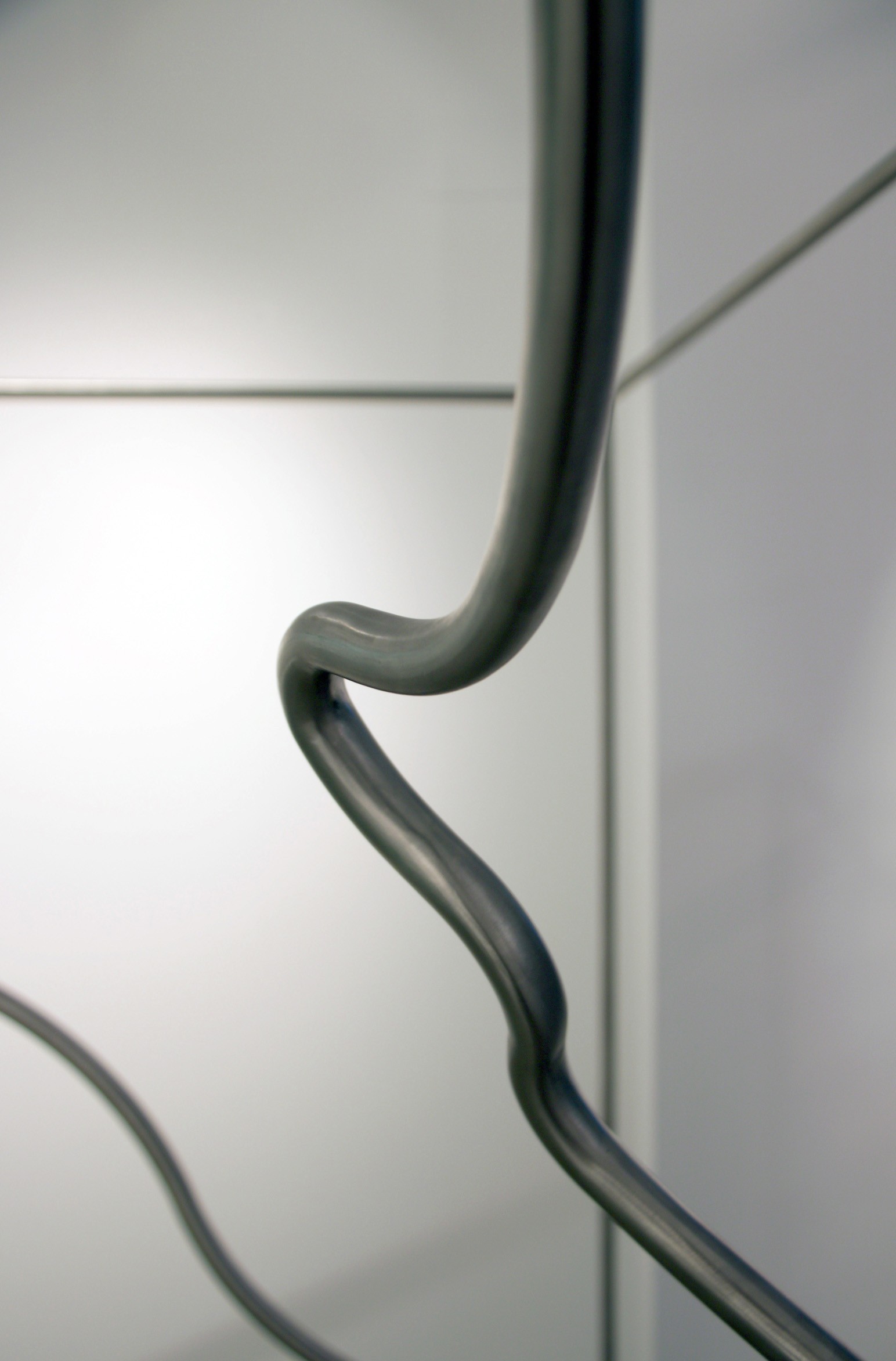 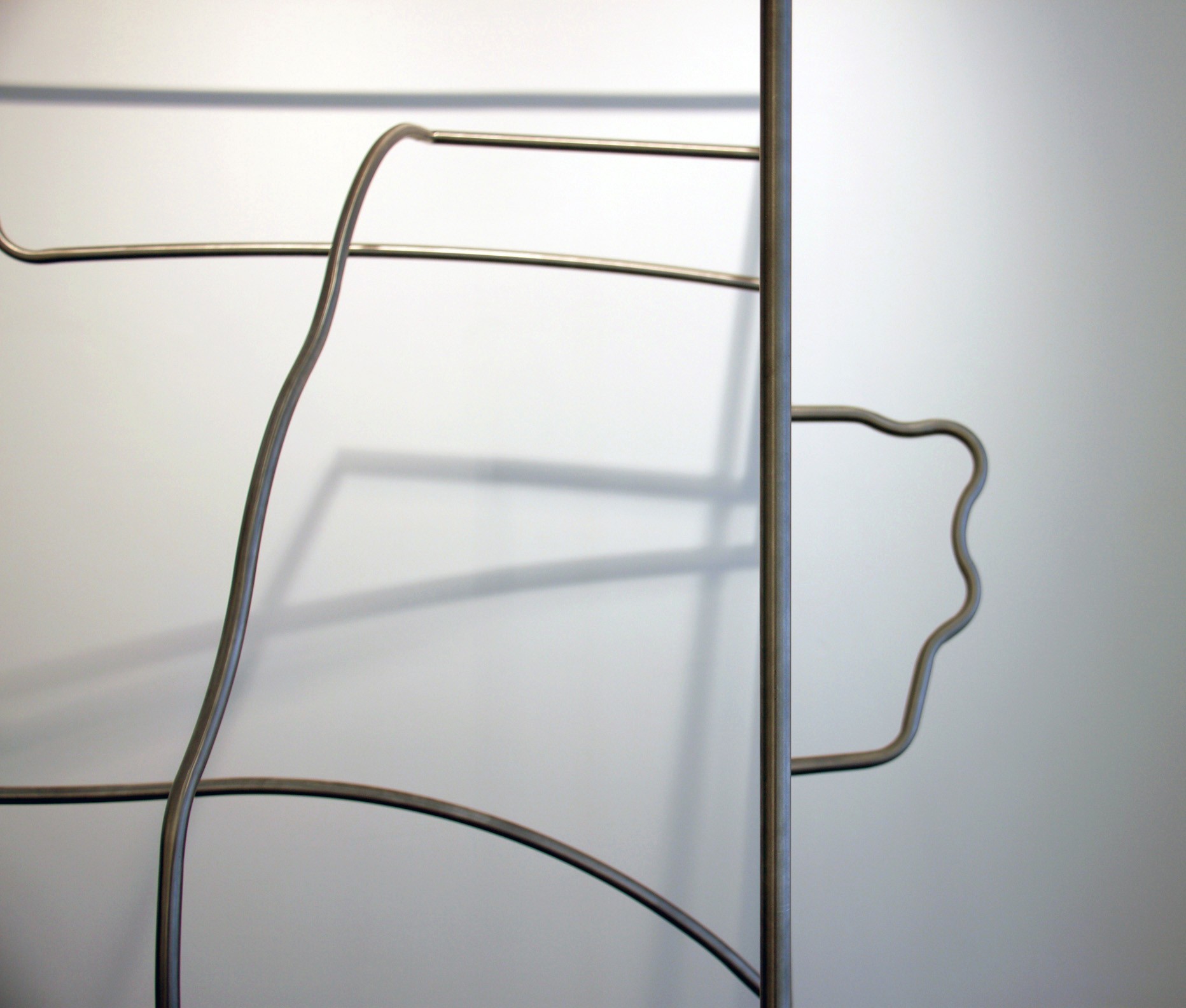 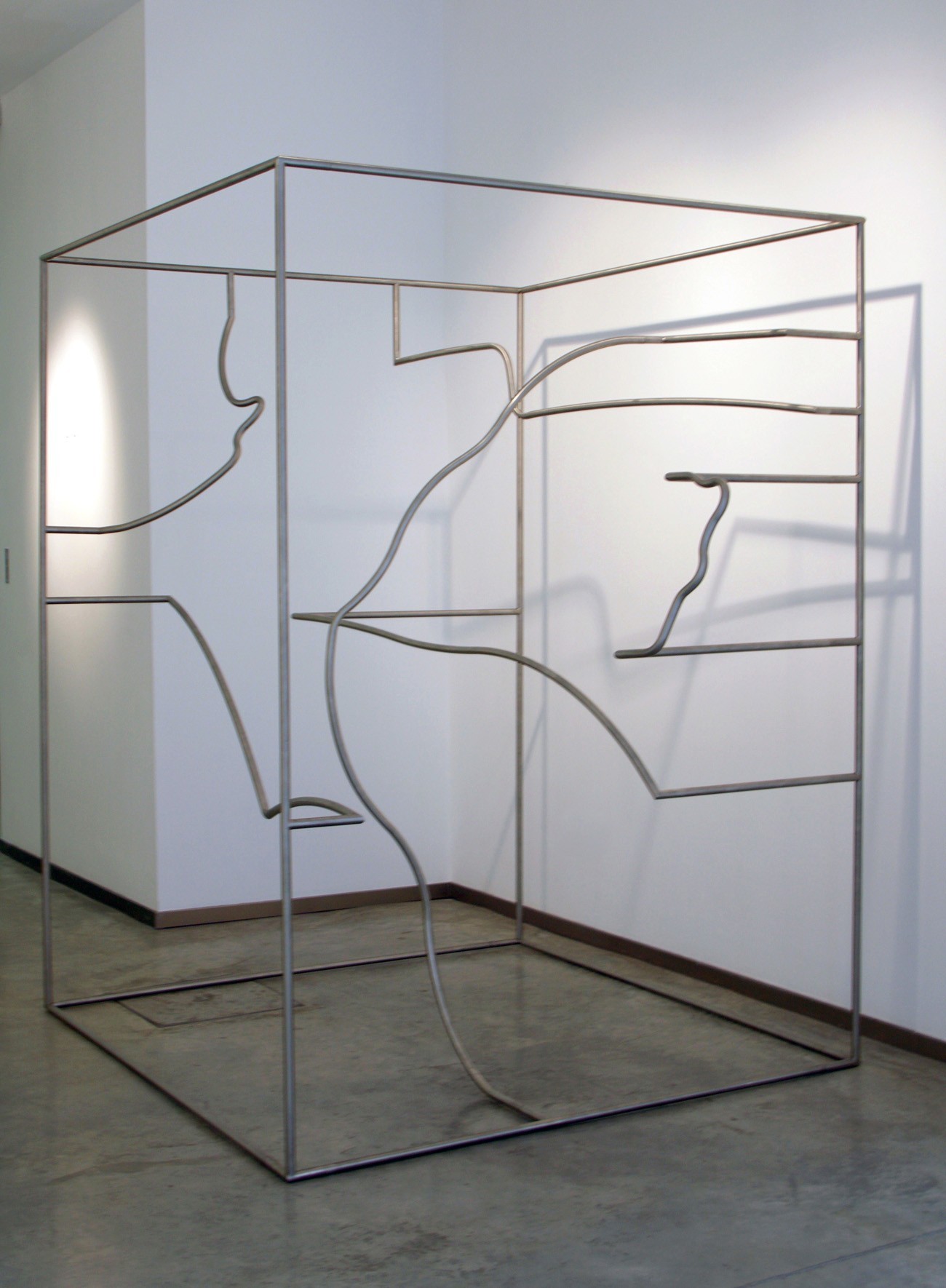 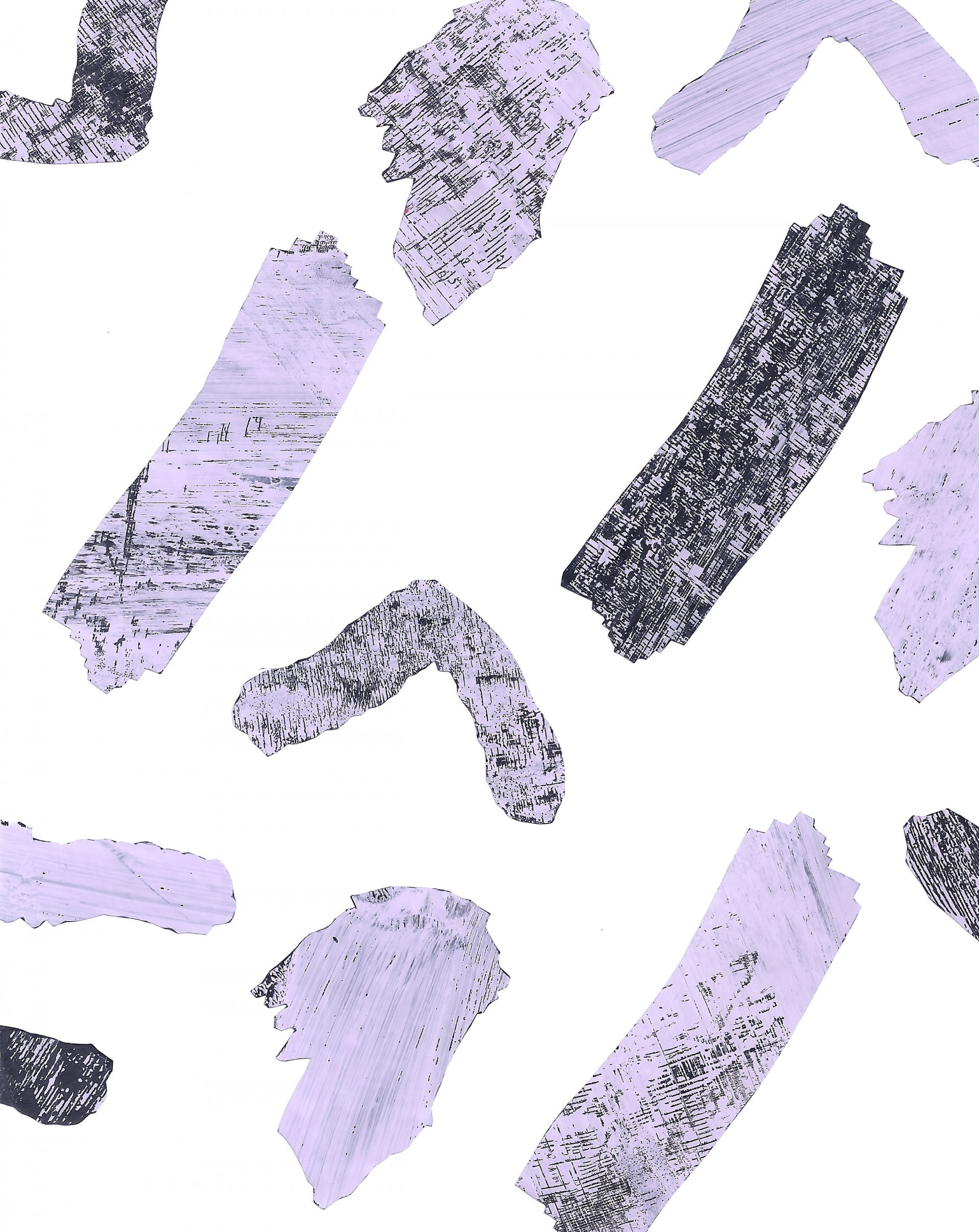 The limit of our bodies is not our skin, these limits adapt and expand because, with our anthropomorphic perception, we are the measure of the world that surrounds us and this system modifies things as we observe them. This is the way we enter our body into another and start exploration.

“Are life and mind irrelevant to the structure of the universe, or are they central to it?”
John Archibald Wheeler, Information, Physics, Quantum: The Search for Links, 1990

The observer modifies the experiment, but even so we hold on to the regime of credibility in questions related to scientific thought. The Enlightenment demolished the links with belief and created new mythologies. Reason, whatever that may be, has constructed a new pantheon and seems to be indifferent to the beliefs, refuting them as anti-scientific, that it has let fall from itself; its altar still stands before us, despite a simple question in our look being making it tremble.

“If all these out-of-fashion beliefs are taken as myths, then these myths may come about with the same type of methods and can be maintained by the same type of reasoning that today lead to scientific knowledge.”
Thomas S. Kuhn, The Structure of Scientific Revolutions, 1962

The history of science itself has put in question the supposed infallibility of the discipline, a discourse to which philosophy and art have joined ranks, the last of these also, has traditionally been a vehicle of transversal knowledge which allows us to question our own realities.

Amanda Moreno ( ) enters into this universe and articulates her production on the subject, whose motor is the desire for knowledge, as we have seen in earlier work After Bouvard et Pécuchet, 2015. But this, like any other desire, needs absence, desire and body – My body thinks wrong, my body thinks right (2017)-. So constructing stories, fiction that connects our desire for “progress” and that, in its own configuration, becomes science fiction, despite its protagonists – Cliff Arnal, String Theory, Upsalite… – being “real”.

Finally, when the duchess realized that no model wouldn’t serve to structure here world, she decided to create one of her own. And this world was made up of sensitive and rational material with its own movement. In fact, it was only made of rational material, which is the most pure and subtle level of material. Thus (…) it moves and acts with not only the perceptions but also with the consistence of the body”
Margaret Cavendish, The Shining World, 1966

And this desire for knowledge brings us to the immaterial, imagining our future in an environment where progress is incorporated into our daily lives, without giving us time to reflect on how this might affect not only our control society but also the very stuff of our existence.

The strange sensation which reading names such as upsalite, vantablack or graphene gives us becomes a momentary sensation as they can be assimilated without further ado, then being transformed into new agents which potentiate the multiple chemical sensitivity. Mental y physical toxins that produce a feeling of unease in us.

“Cosmic wisteria is what I call it. A micro-organism which stuns matter and, through this process, obtains vital energy. (…) It exists in two forms: as an endospore it is harmless, like flour, y even can be sprinkled on the streets, but when it revives and begins to spread, it becomes the agent of the end of the world.”
Stanislave Lem, Mould and Darkness, 1959

So we find ourselves covered in skins, frontiers which make their own excrescences clear, an architectural corpus containing our own sense of body and proposes a new story.

Materials of the Future (2017), is not only a space in which we propose our role as agents in contemporary change subject to scientific thought. The exhibition is also a place where realities can be connected, in the same way string theory articulated the piece M is W? (2017); different levels, as the superstrings, configure time and space dimensions. ¿If our past and future are connected, pierced and conditioned by our bodies, what will be our role in this story?

“In some strange way (…) the universe is a participative universe.”
Martin Gardner, Science, the Good, the Bad, the False, 1981