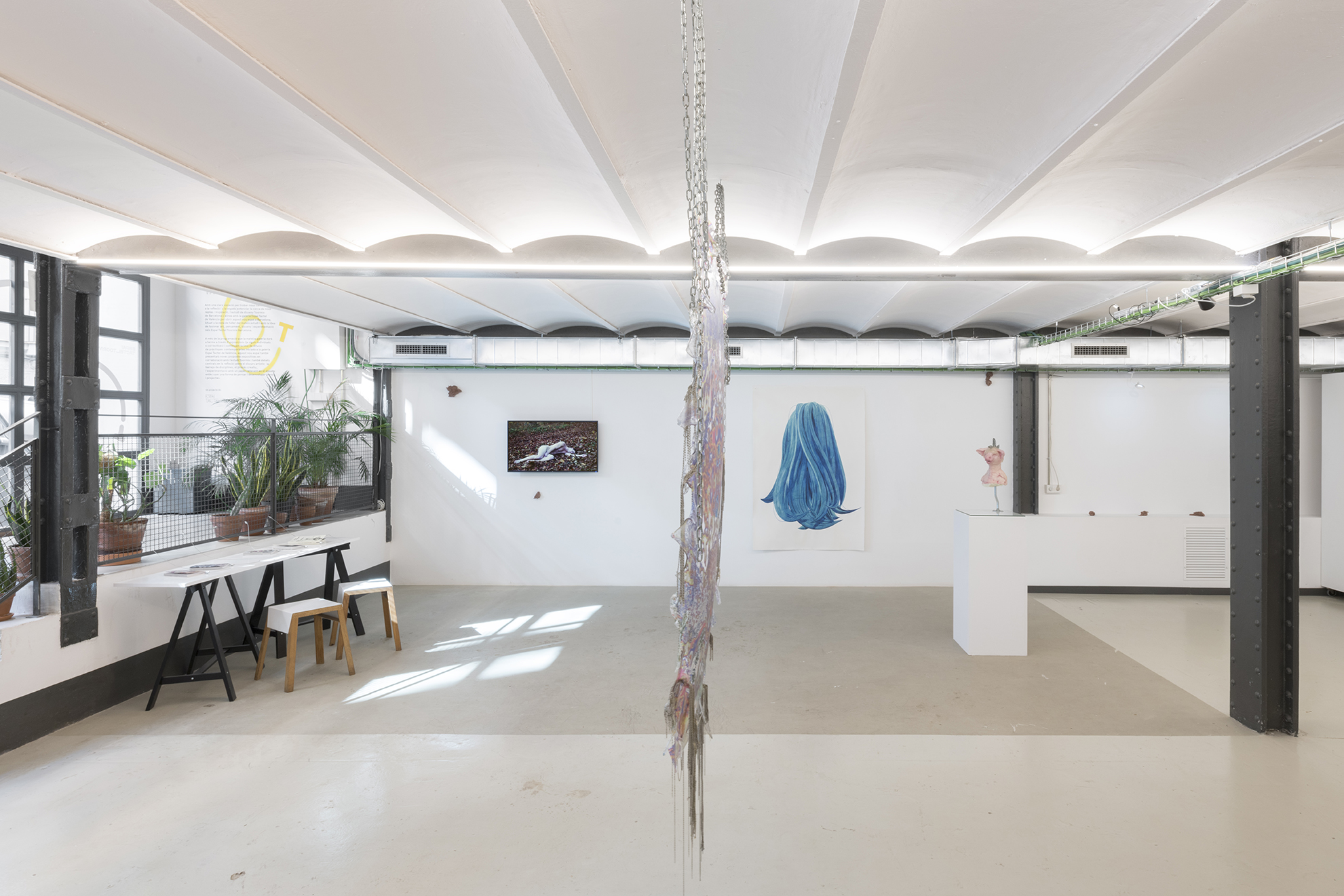 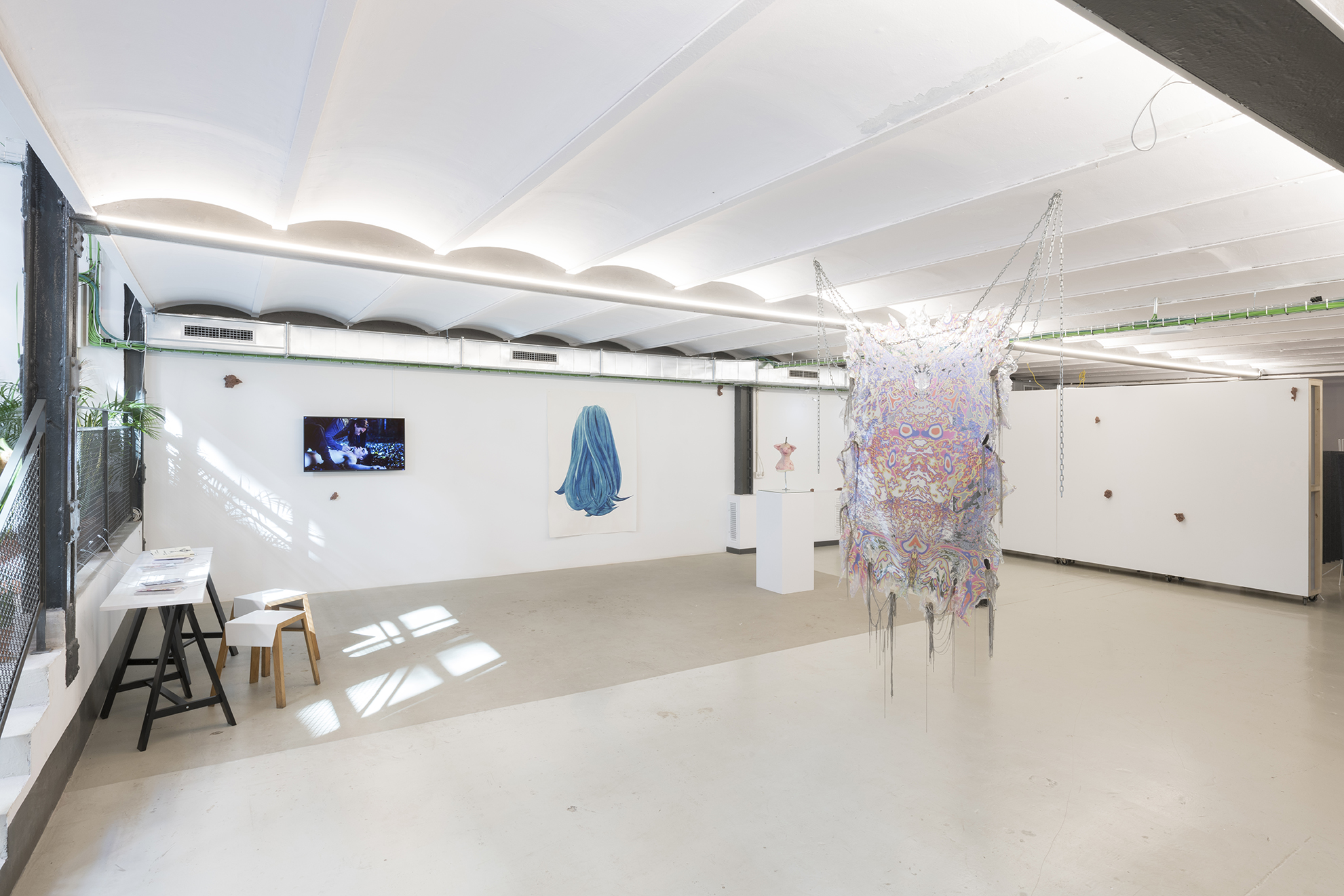 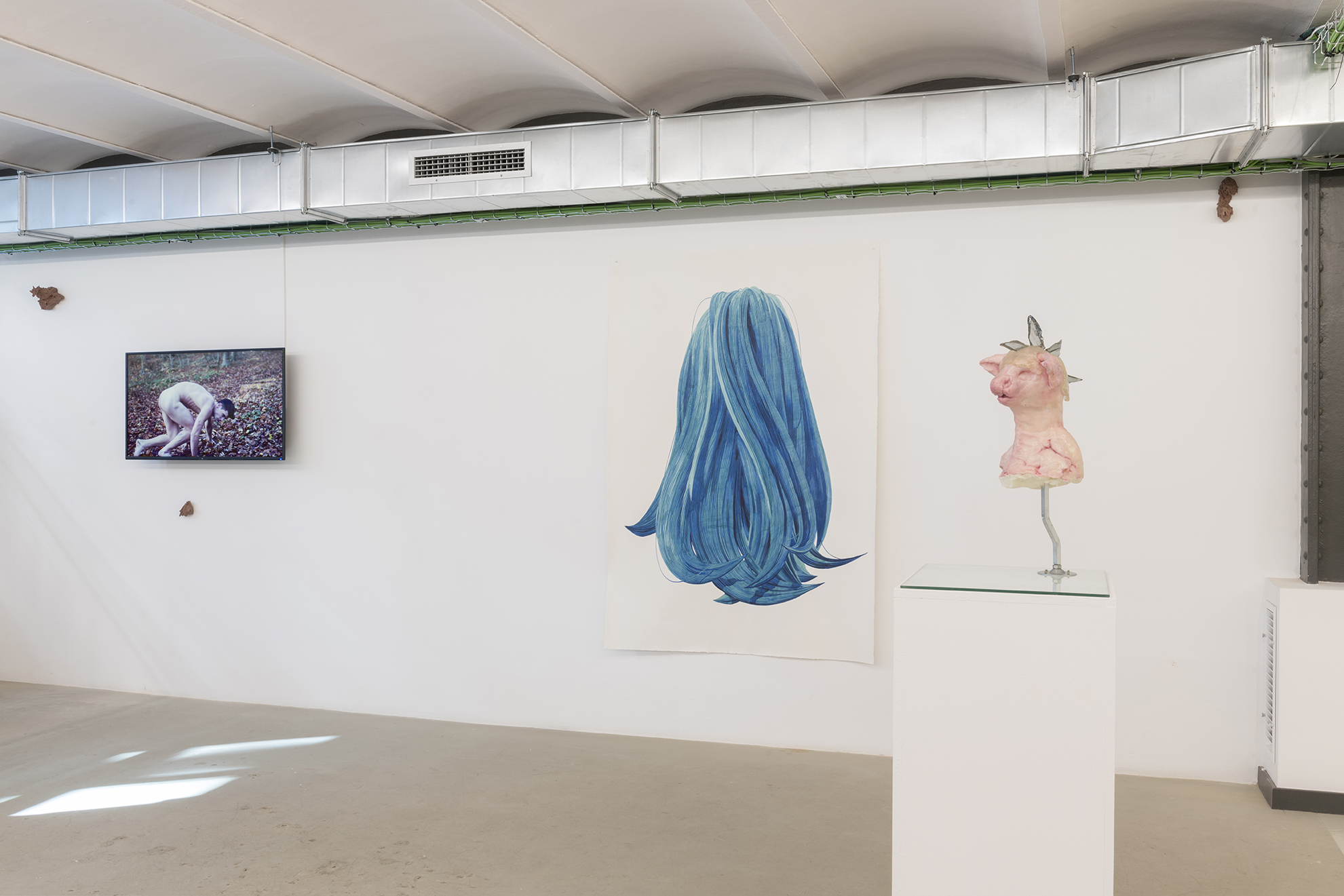 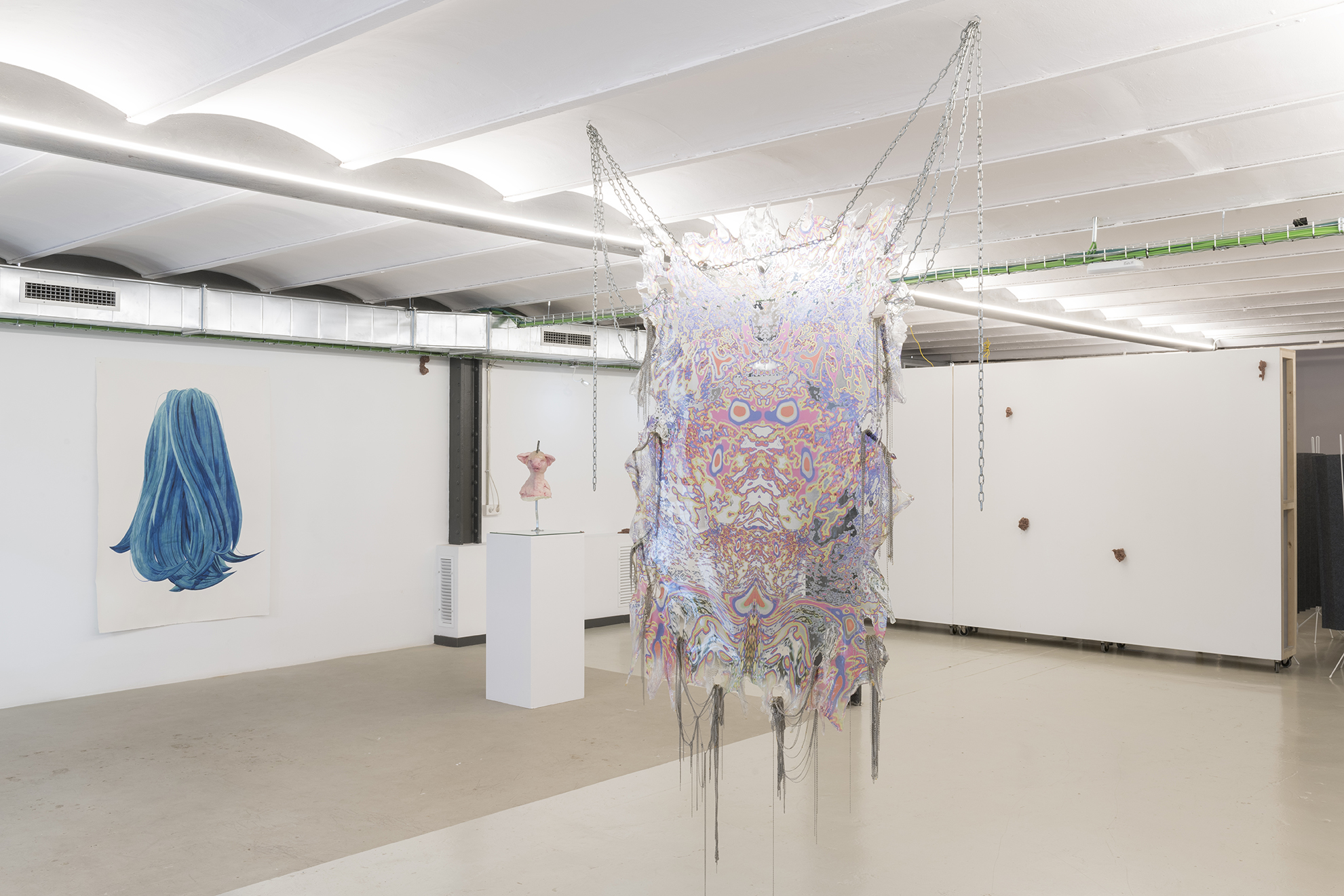 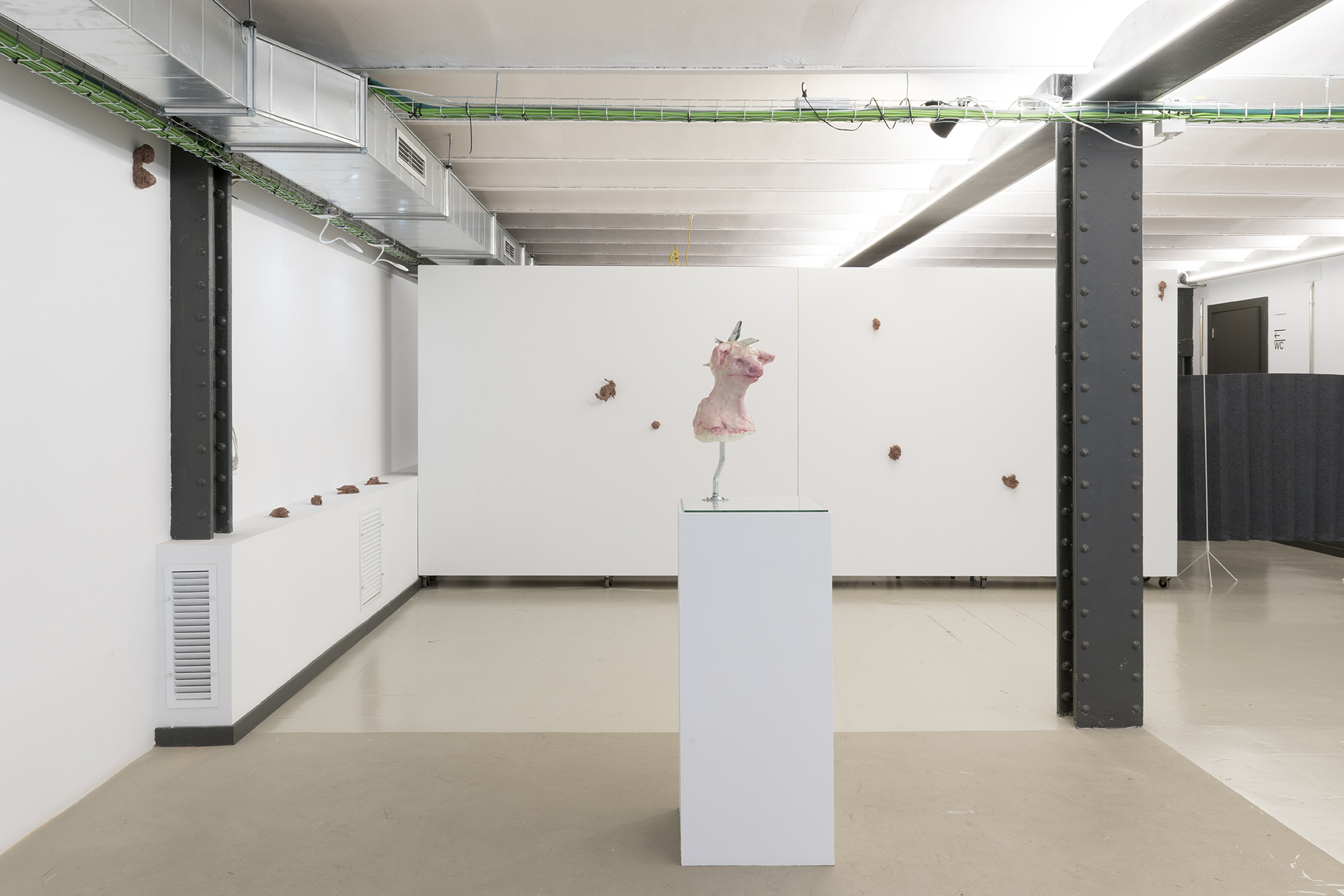 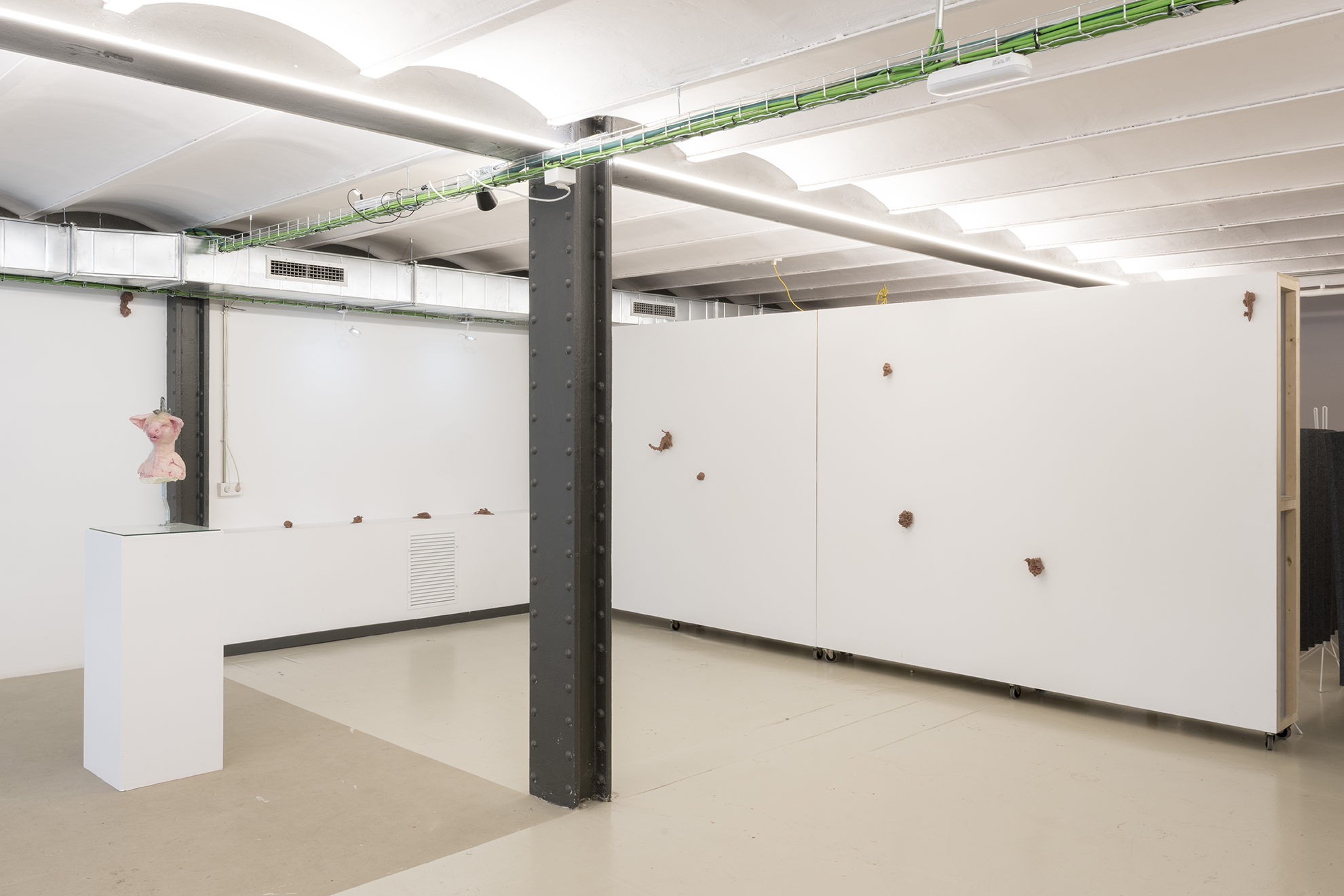 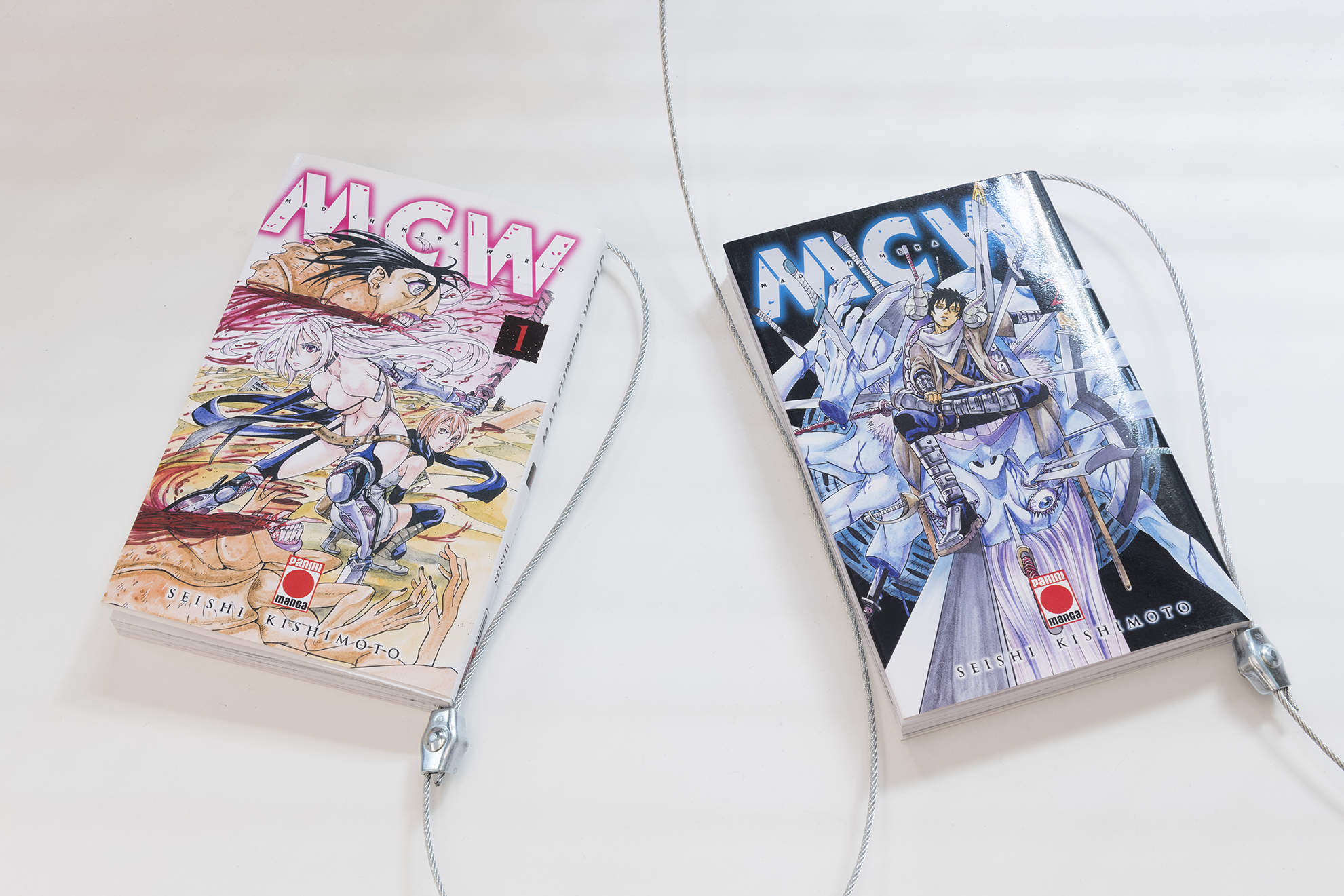 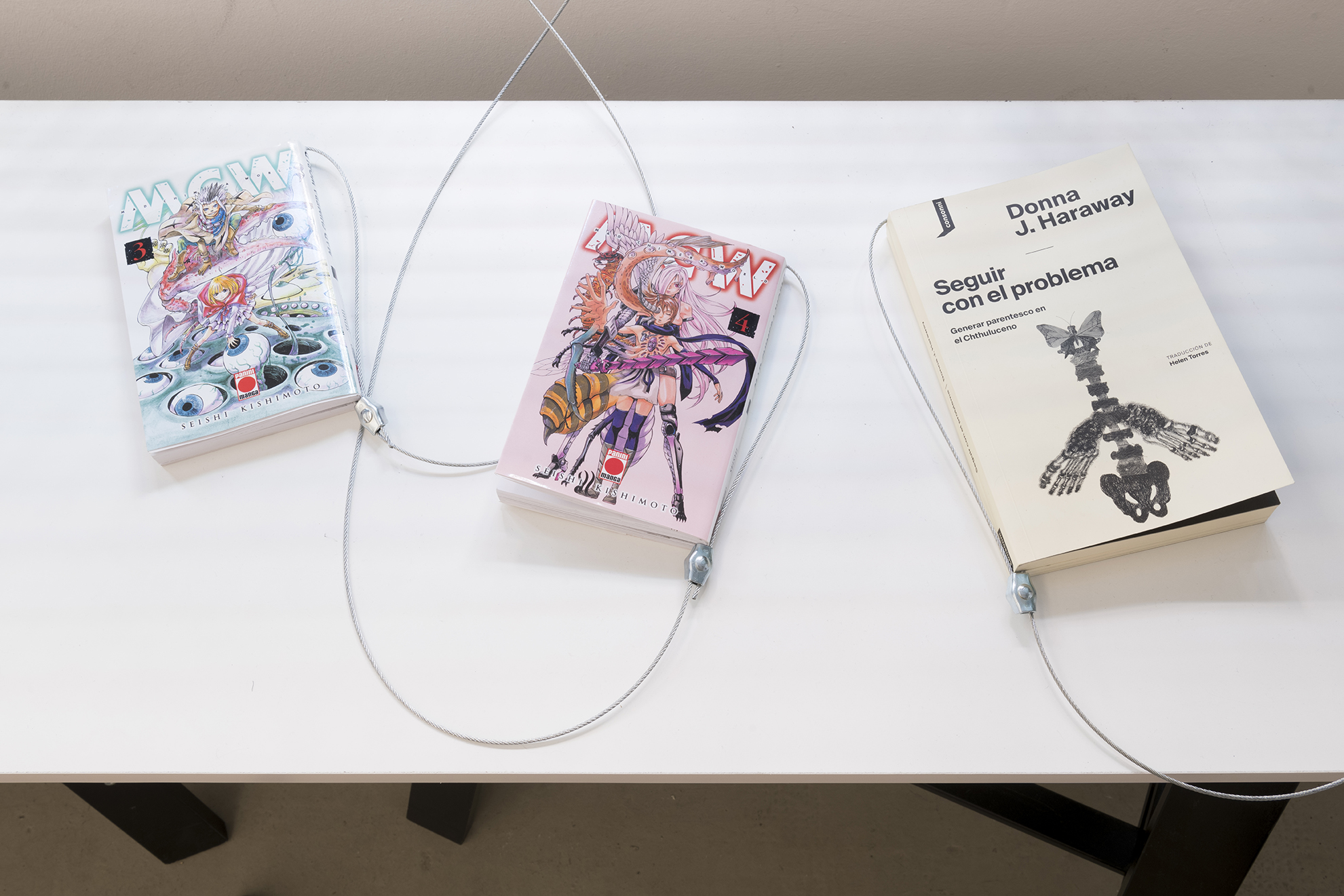 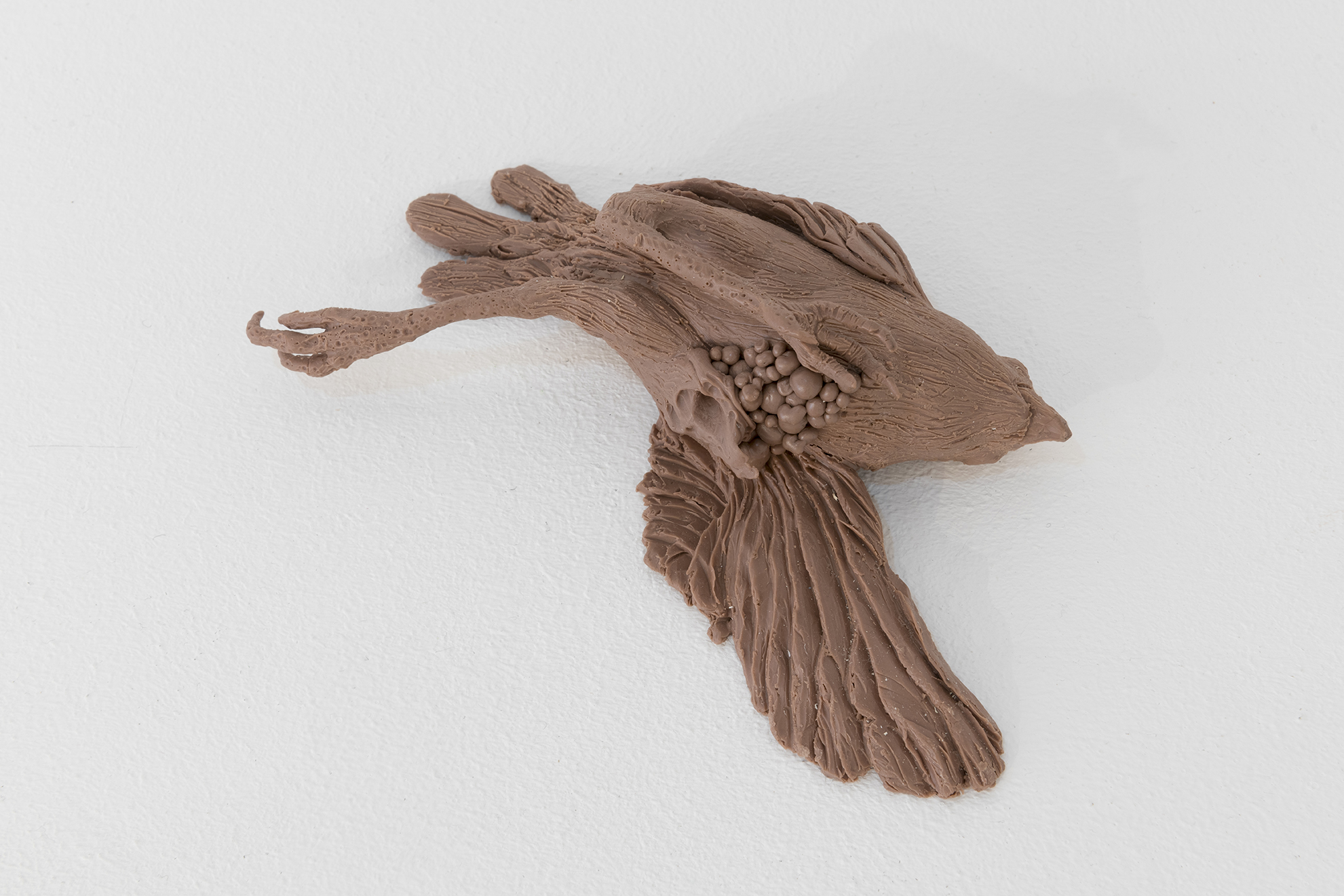 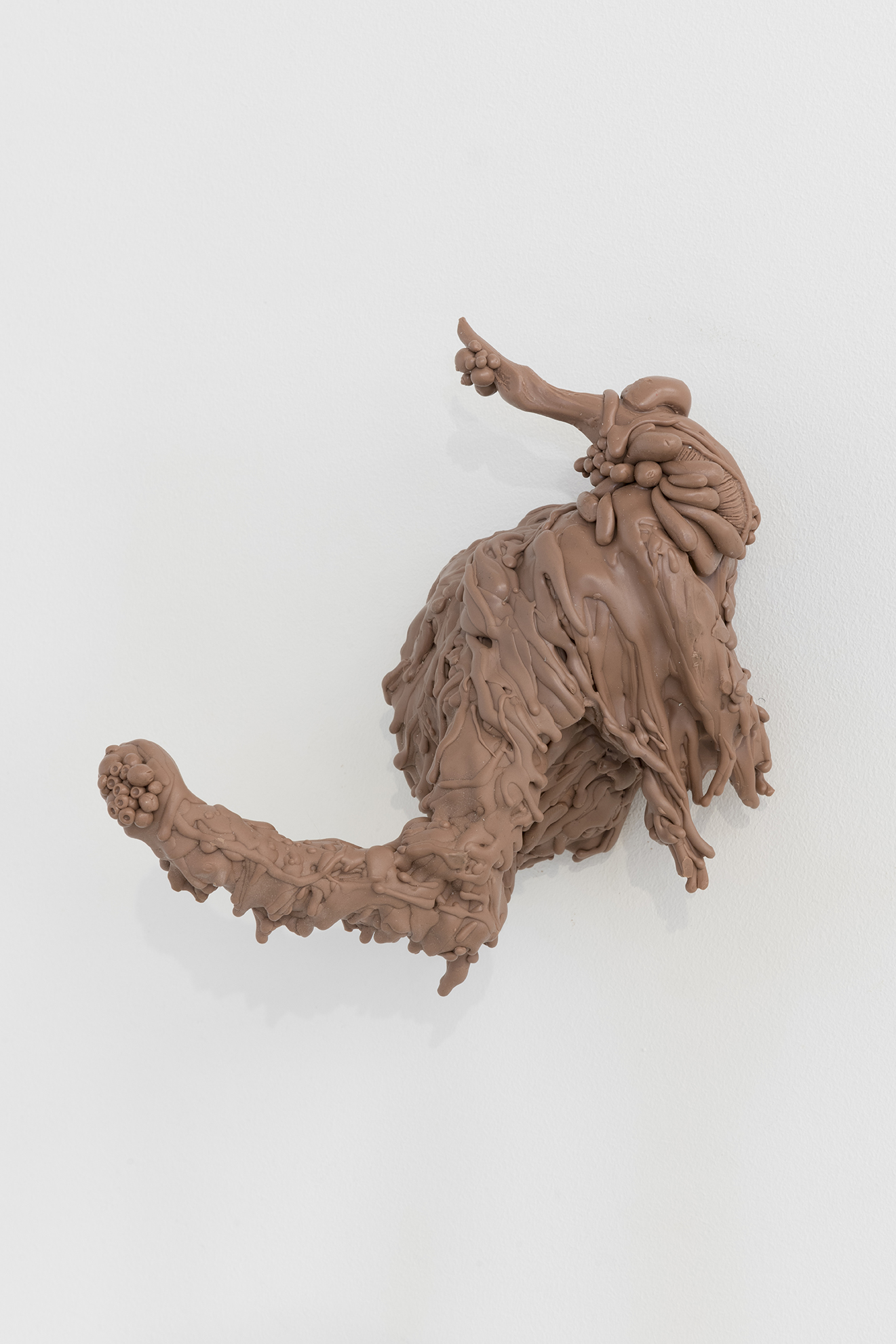 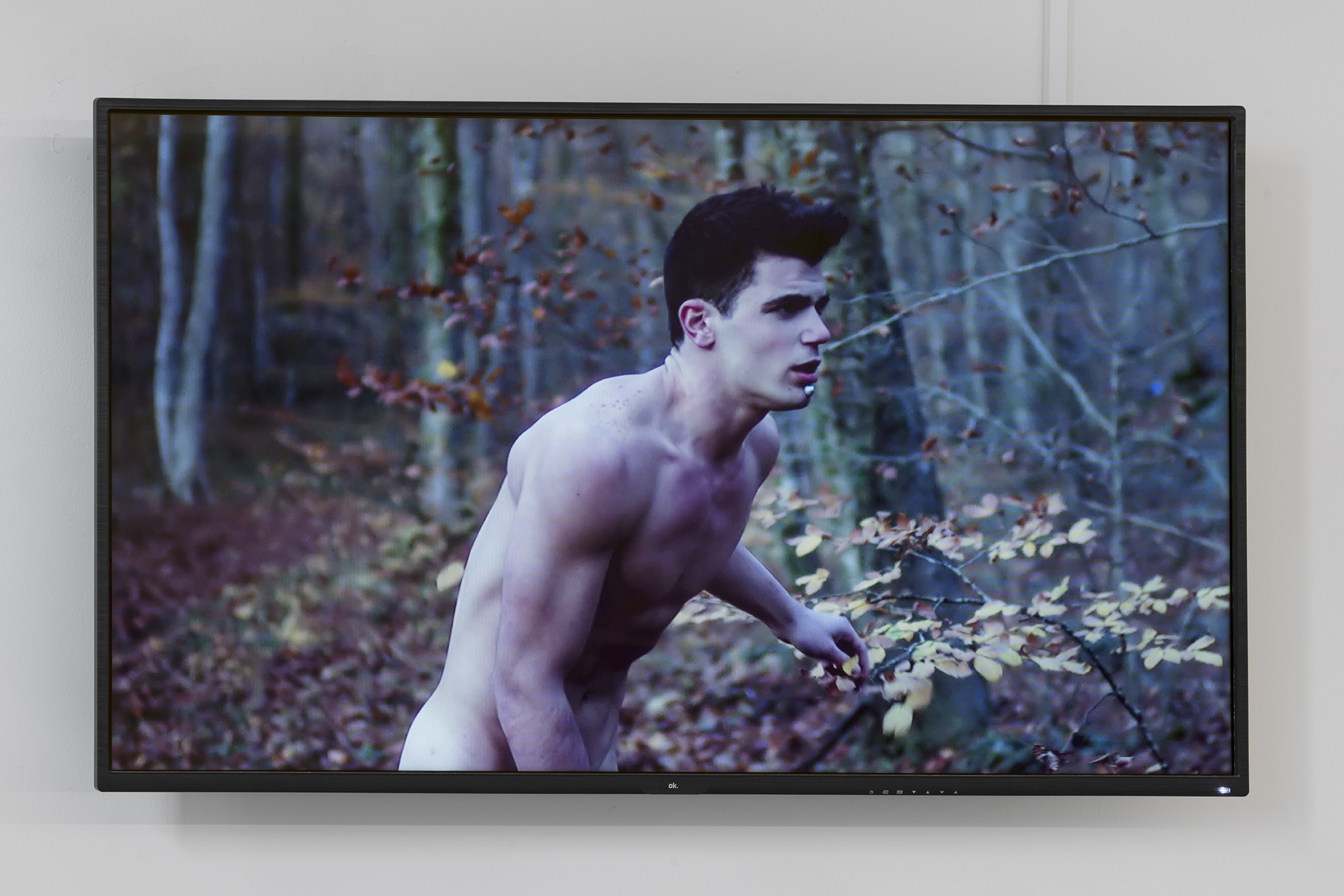 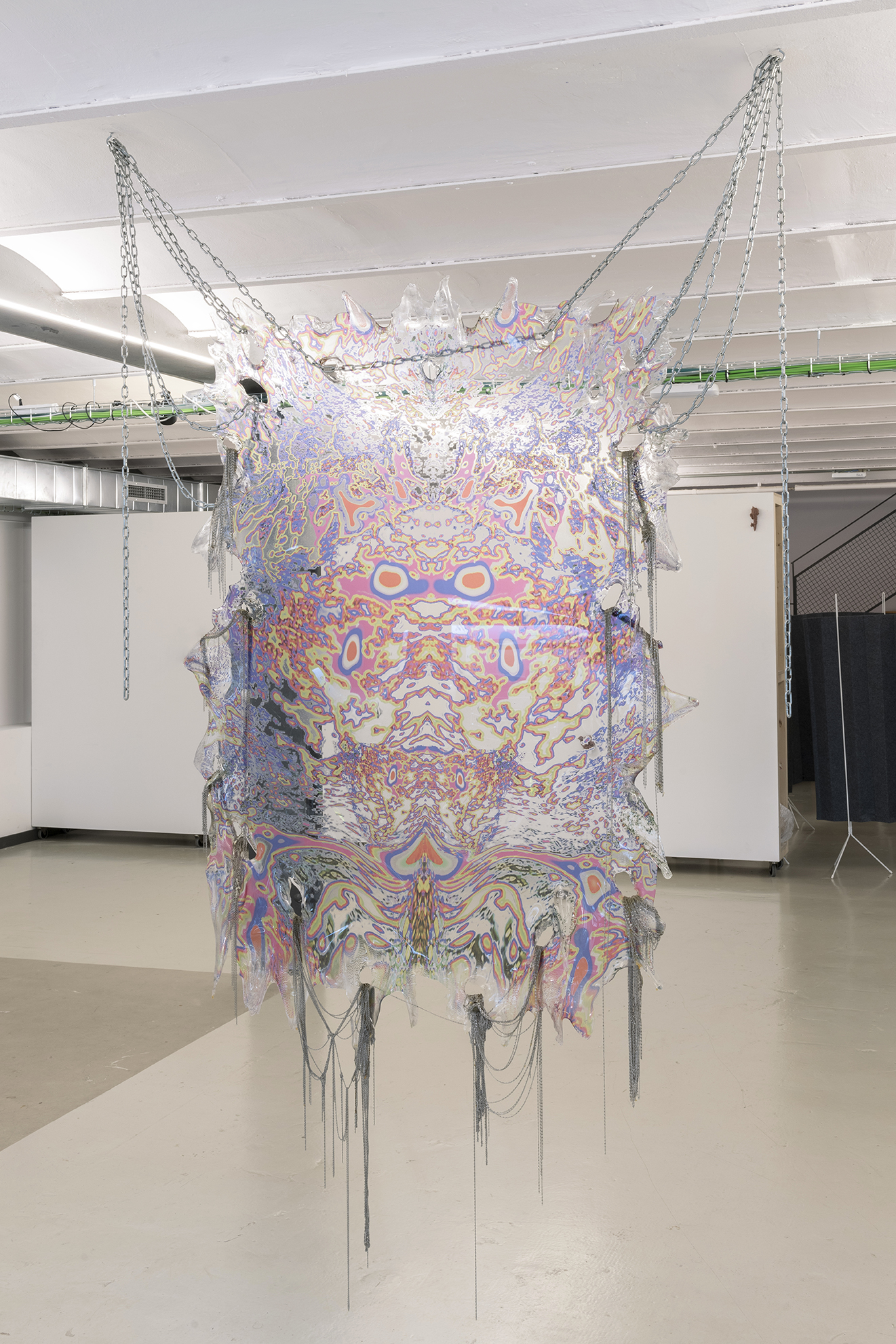 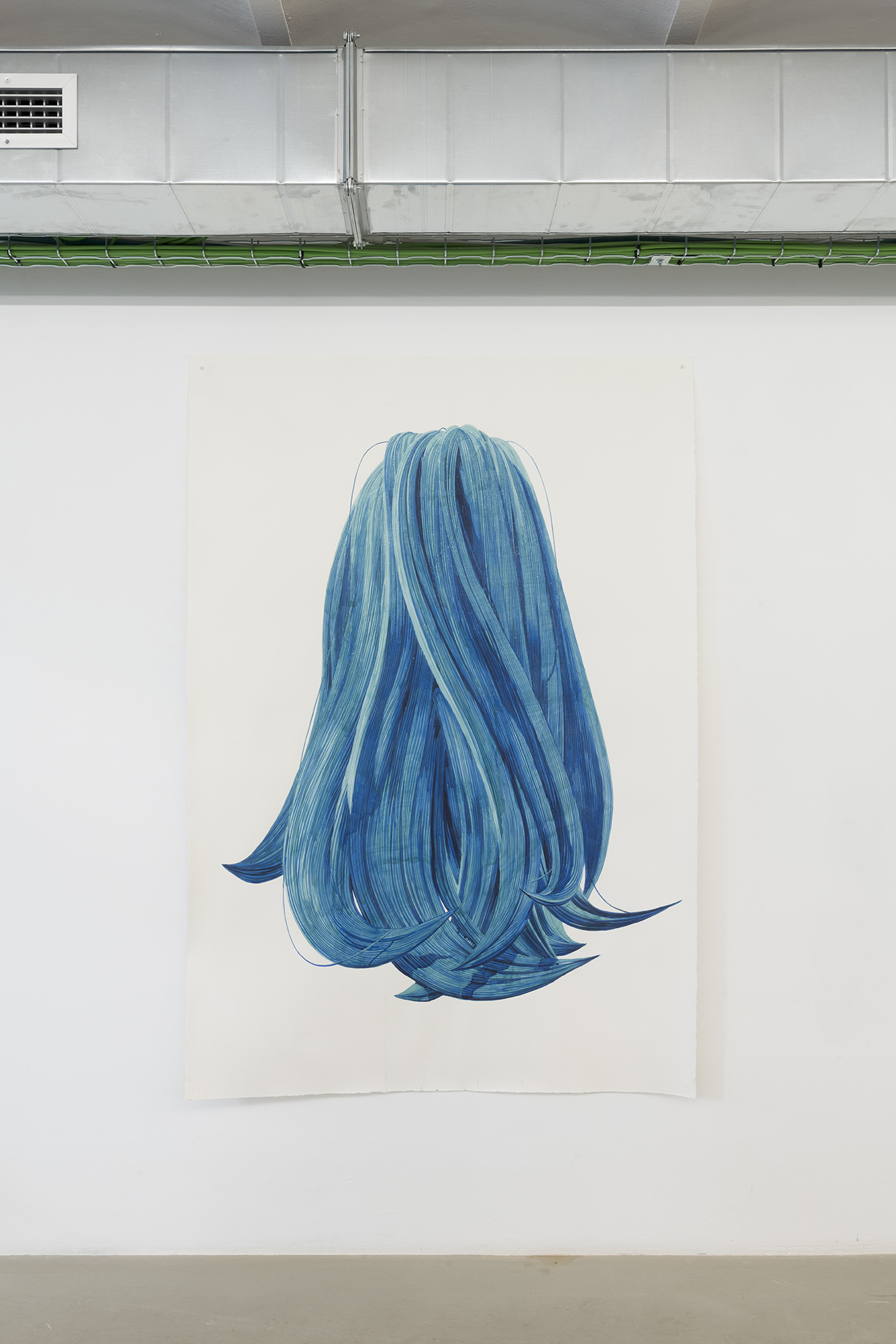 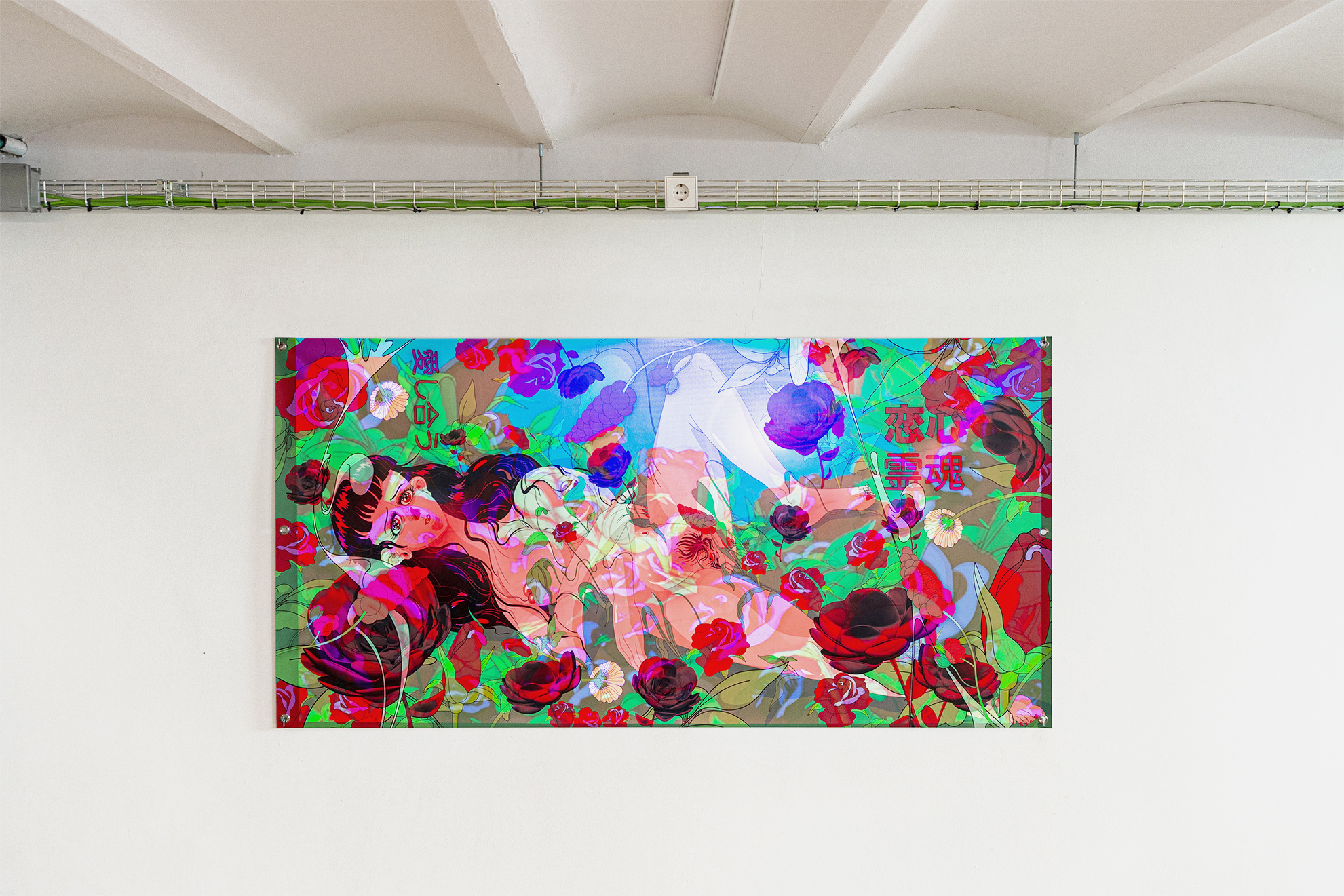 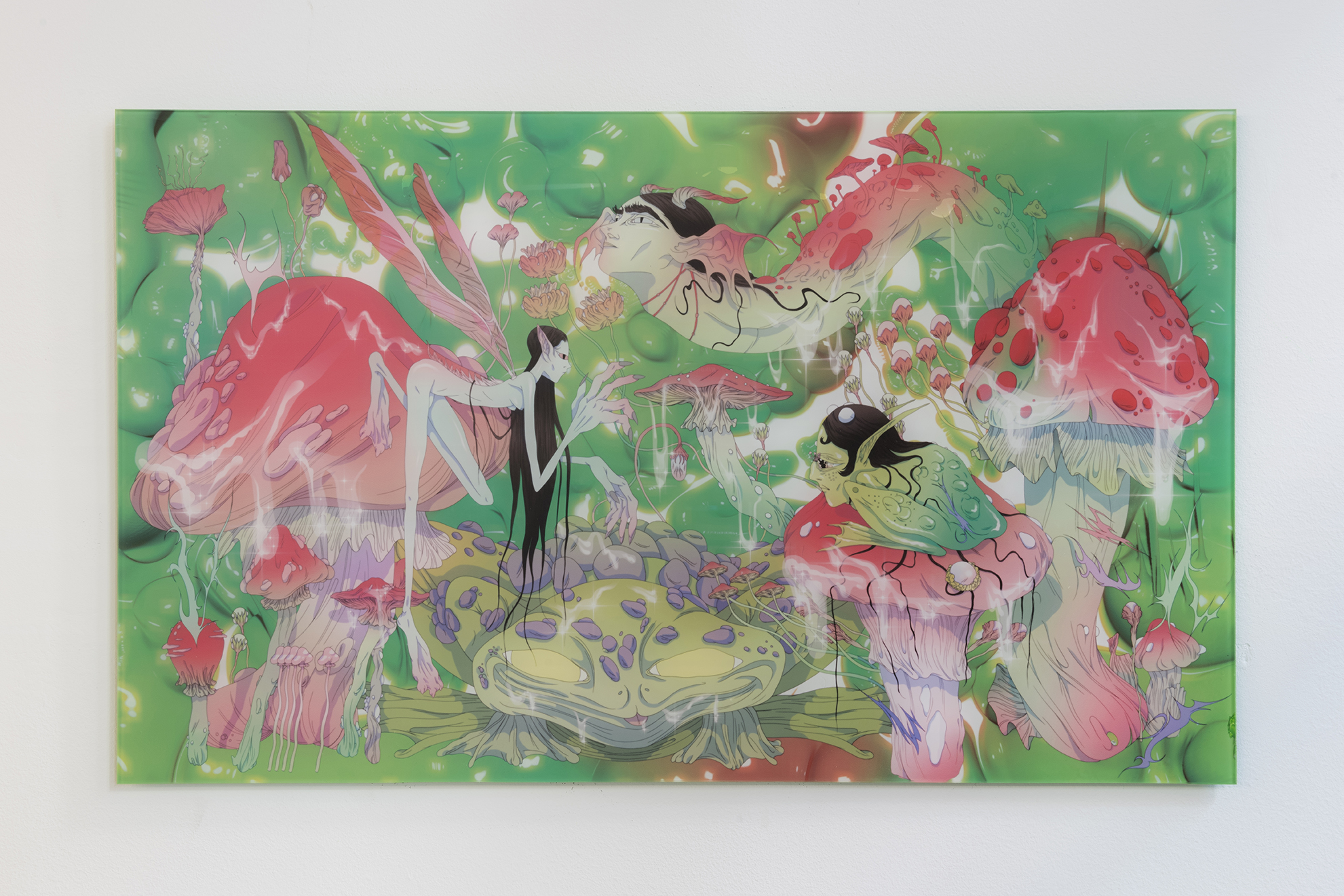 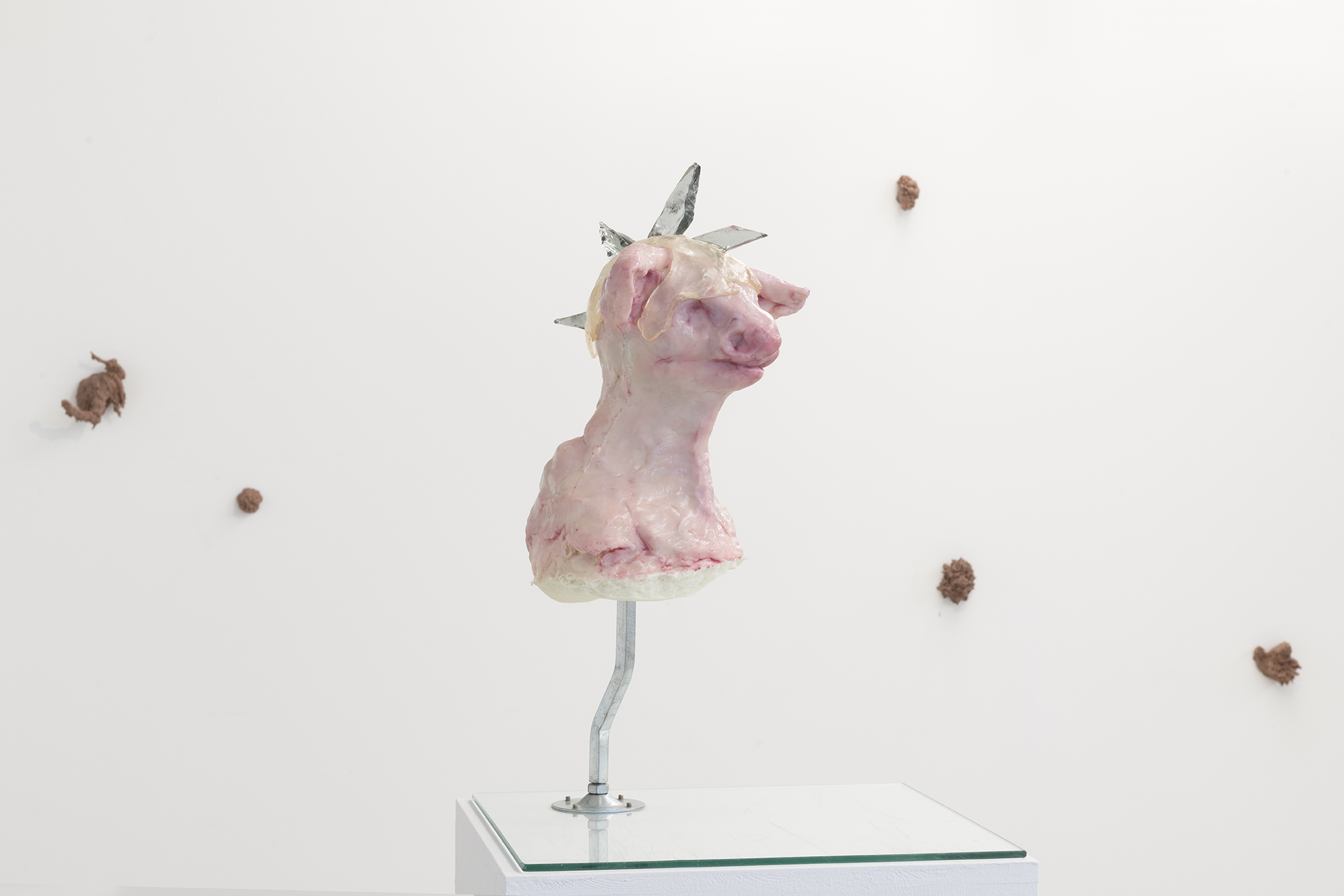 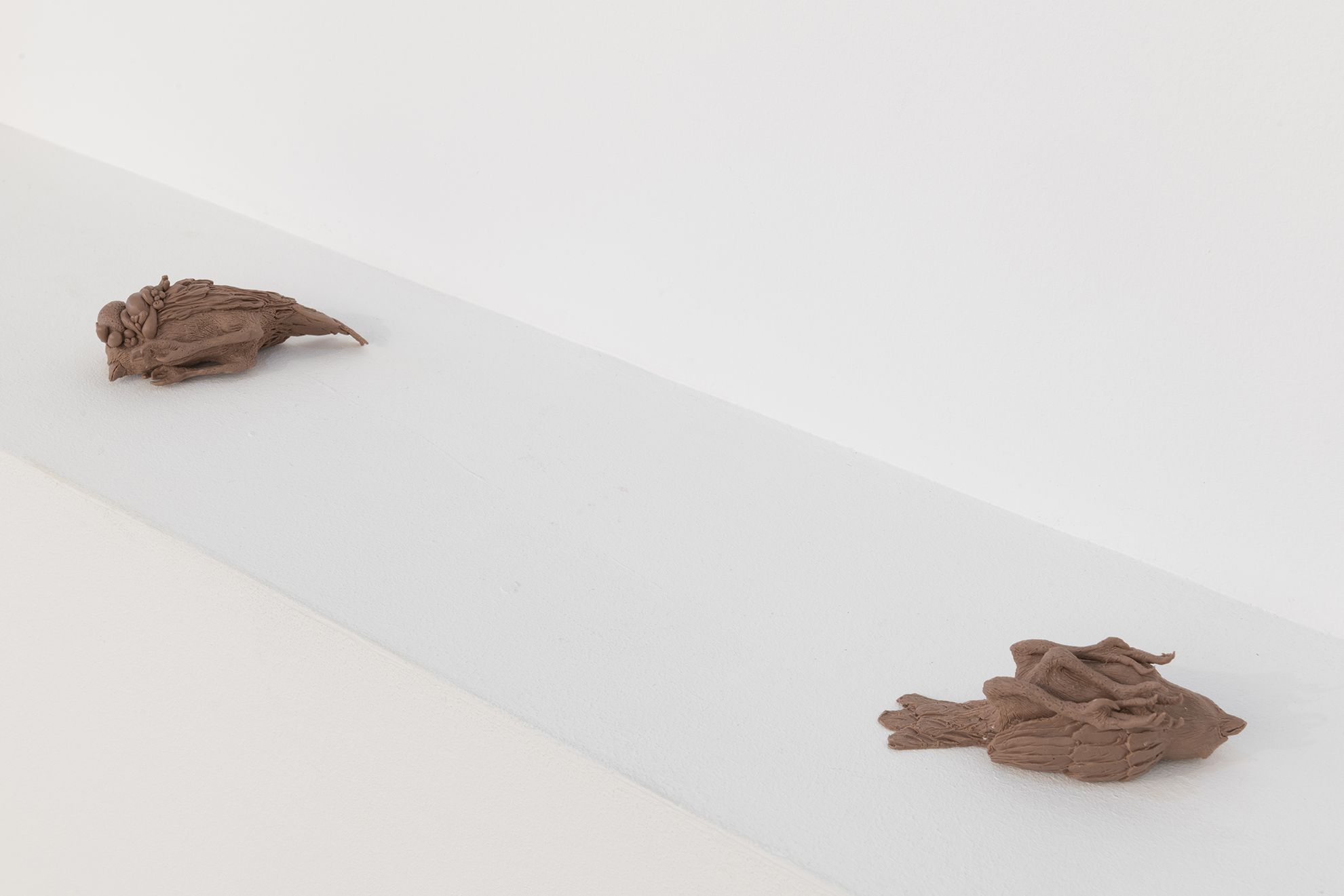 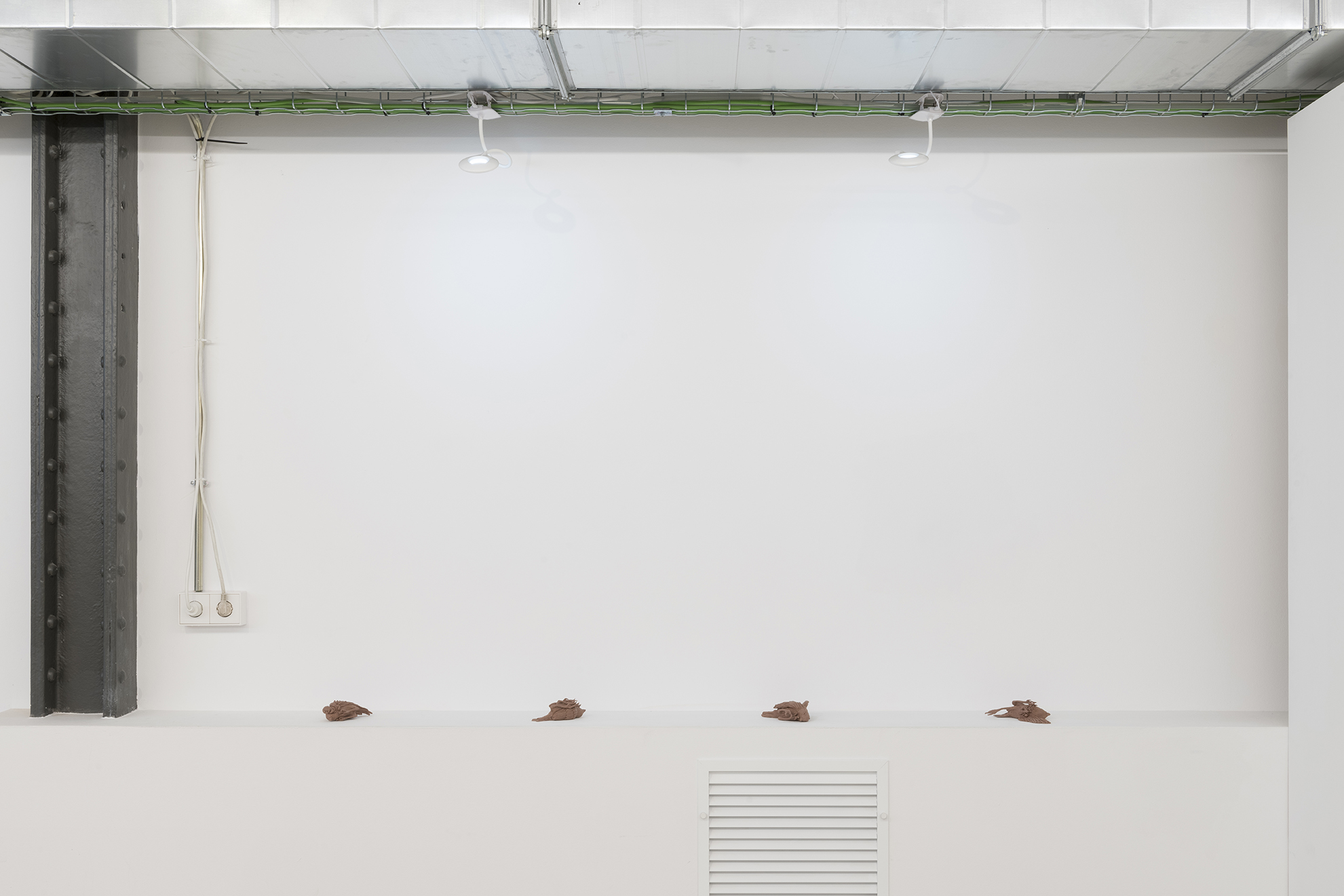 Mad Chimera World *
To the beings of my past,
At some time of my present which is your future.
“Some strange machines float over a barren desert scattered with the ruins of ancient buildings. It’s not the world as it was in the old days. The control of the planet is in the hands of the females who use the males as simple tools to mate and who are afterwards devoured. This is why the very few males that are left are made to try and pass themselves off as females. Humans no longer exist, the beings of this world seem to be hybrids of the multiple beings that in past times populated the planet.”
This is what was written at some uncertain time by Seishi Kishimoto in those four strange books filled with drawings called Mad Chimera World were we are told of the travels of two brothers who aim to survive in a hostile world. It’s difficult to imagine that the world in which we live todays and in which I am writing this is so similar to this world narrated in those books. They seem to be almost prophetic.
From the information that I have managed to find among the ruins of the ancient city I live in, these books where published at some time after what was called the pandemic. It seems so strange that the world would end up as it is described in them. From other texts that I have also found, it seems that at that time the whole world was engaged in writing about what was happening, anticipating reality (would they be visionaries or prophets of their time?).
Another book that I found among the ruins some time ago also discussed something similar. I was written by someone who was called Donna Haraway and talked about hybrid beings, prostheses and something called Chthuluceno, this looks very much like the present in which we live, only more brutal and ruthless. It seems that the beings of the past didn’t realize (you didn’t realize) and this strange thing called Capitalism laid waste to everything. The only thing that has changed is the fact that faced with the hostility of this world in which I live, the females broke with this oppression and showed themselves to be stronger than the males, these being left to serve and to serve as food.
These books that I’m telling you about, I keep with other objects in a place called The Basement, although from what I have been able to make out in the old-fashioned writing on the wall, in times past it was called Espai Tactel Toormix. The place seem a little hostile and is colonized by beings that are found all over the space and although they may seem hostile (and maybe they are) at the same time they give me a strange feeling of sublimation and beauty which, in the hostility which the space produces, awakens in me something that tells me that this is a safe space.
Another of the objects that I keep there along with the books is a video (I think it is or was called something like that). They are similar to the holograms of today but only a little more basic. This video fascinated me because, just like the books that I keep, they seem to represent some sort of original world where the old and extinct humans were beginning to evolve and overlap with the behaviour of those strange beings called animals. In the video we are shown strange rituals and practices around what seem to be mechanisms of control that were exercised over past humans. In this there is something that foresees the origin and the progression of this world where we live.
I also keep some old representations of what was going to become of my current world. In these we can see some similar beings to those that occupy this world in a landscape as idyllic as it is dangerous. Another is the representation of the female ready for sex/hunting**. The last representation that I keep is as strange as it is hypnotic as much as it has to do with the deity, as it is the representation of that prosthetic object that some males sometimes use to camouflage themselves as females so as not to be hunted and in the old language is called wig.
All these objects that I store in The Basement are protected by Balthazar and Casandra, two loyal amigues (friends)*** that protect and share my treasures. Balthazar is une guerrere nate peligrose (a dangerous natural born fighter) but ready to defend any amigue, this curtide (hardened) in a thousand battles and the best of guardians. Casandra is just as peligrose as Balthazar, even more bearing in mind that strange beauty that attracts and repels and inoculates her parasitic ideas in the minds of those who get close to her.****
…
The question as to why I guard all these objects is something I continually ask myself. Maybe it’s to remind myself, a need to maintain the stories alive and tell and retell them, to investigate, rethink and transmit them. An attempt to dialogue with them and learn about the development of our present/future. It is perhaps for this reason, in the attempt to create alliances and family links, without really knowing who will end up reading or how...

*The original text was written in an unknown language and was translated by the department of ancient languages in collaboration with the investigative team of lost languages of the University of Barcelona. Currently the text is found classified and its resting place is not known, having been confiscated by the pertinent authorities.

** Note from the translators: the language in which this text is written sex and hunting seem to be synonymous.

*** Note from the translators: In the original language the text these two beings seem to be genderless, that is why the translators have decided to translate this part as gender neutral.

****From here there is a part of the text missing.