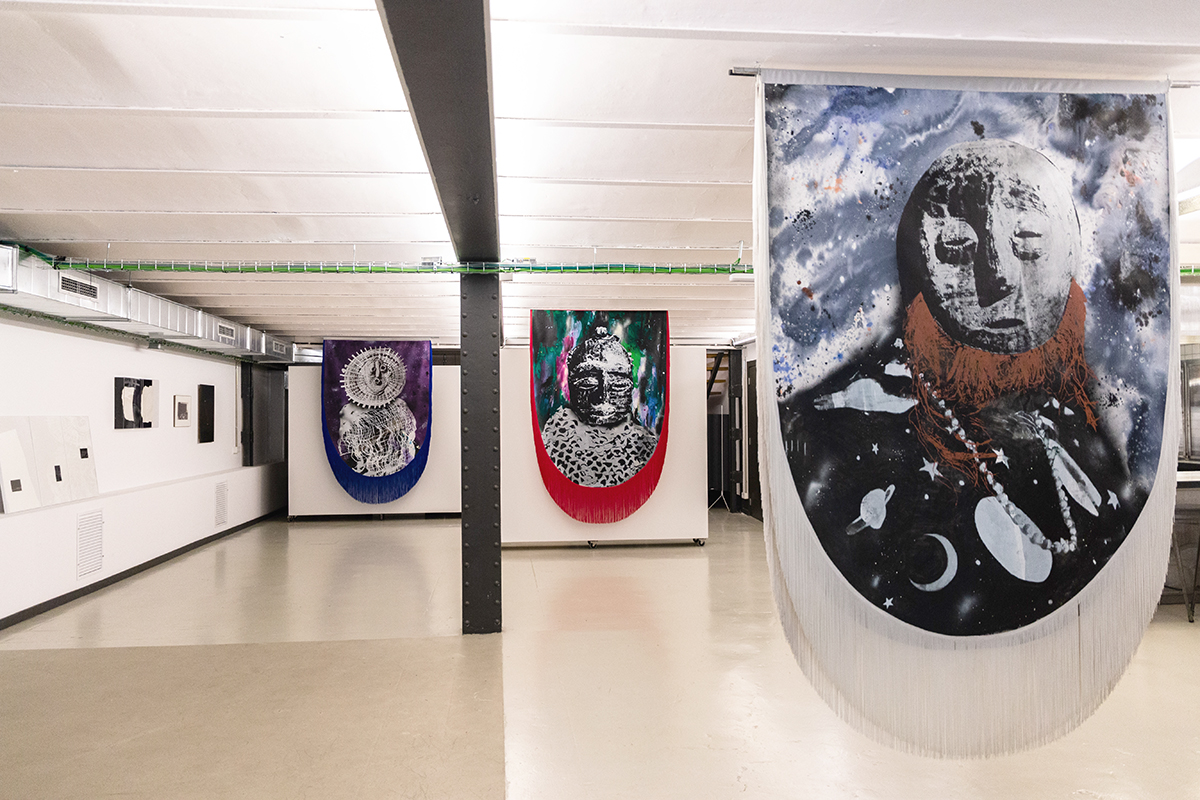 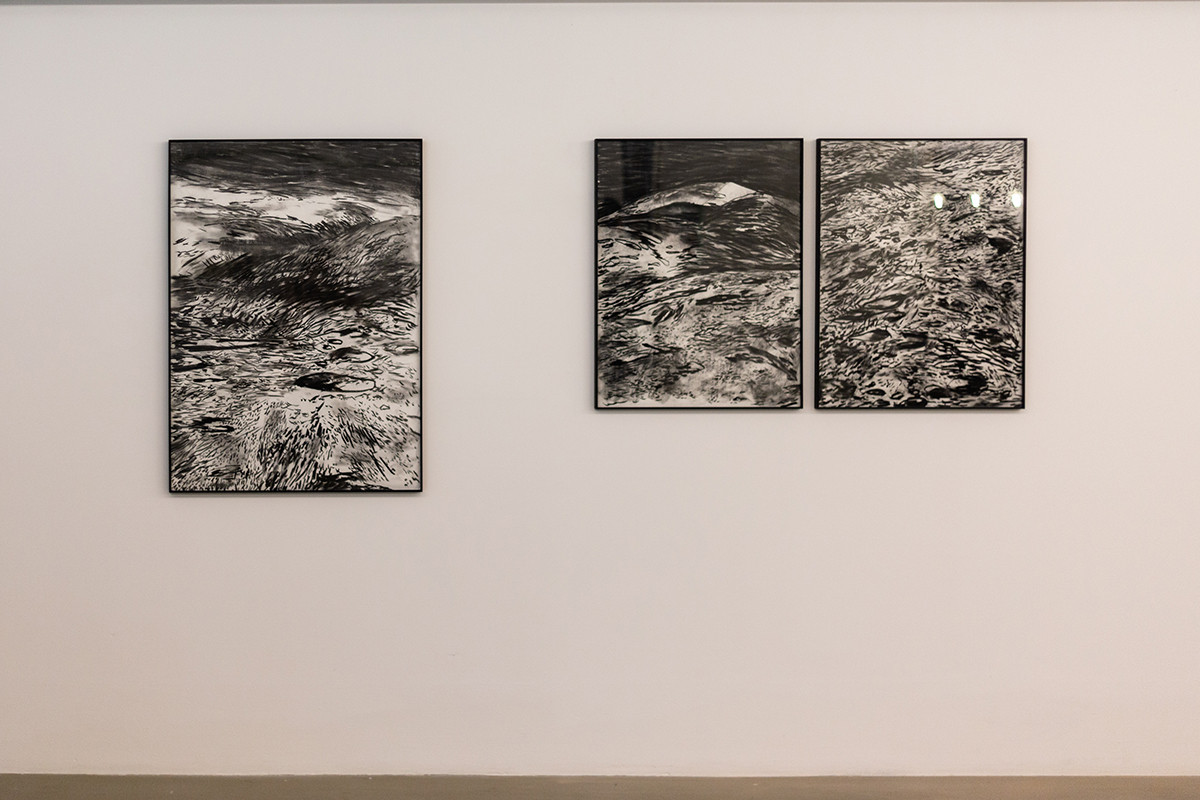 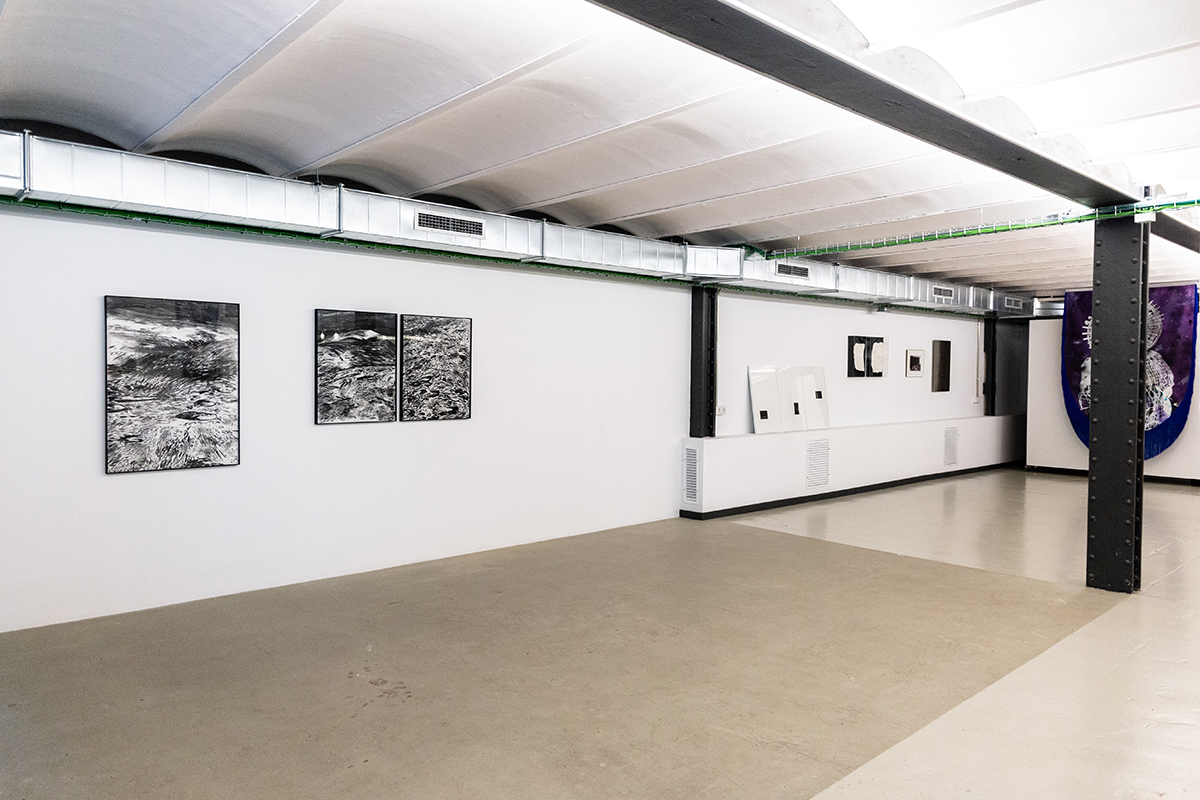 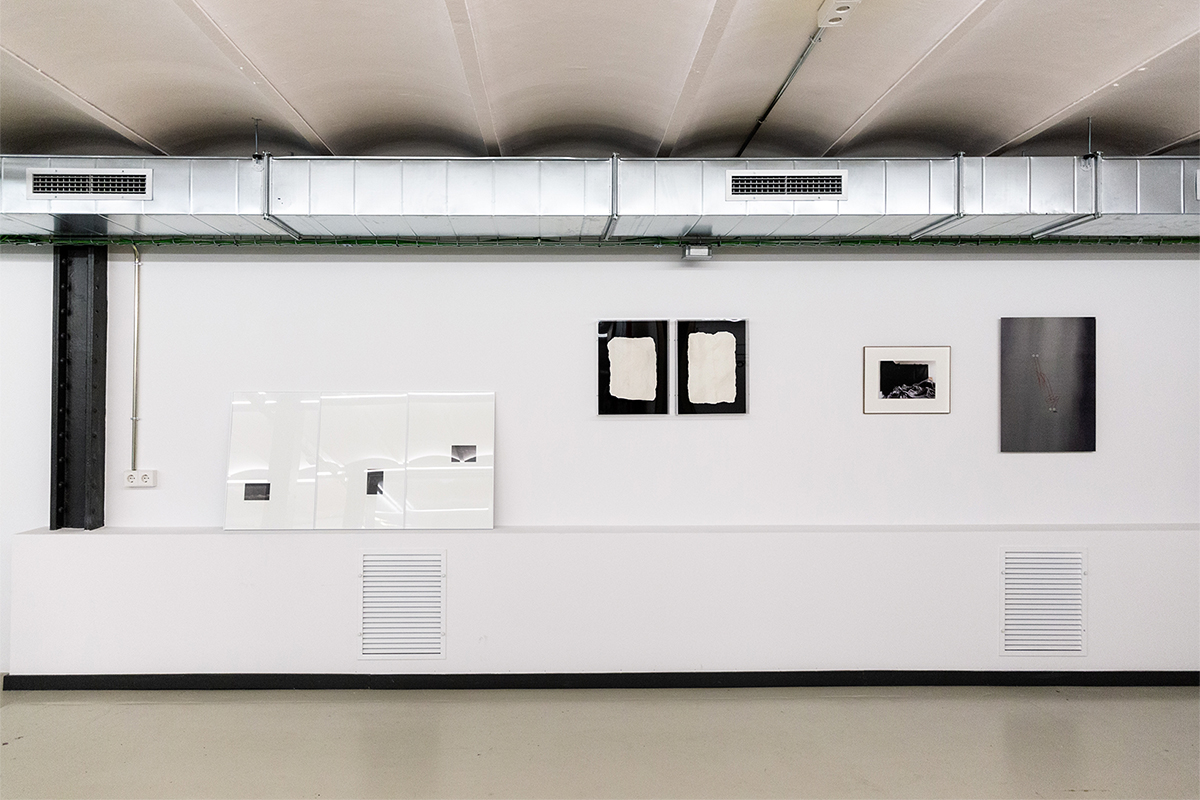 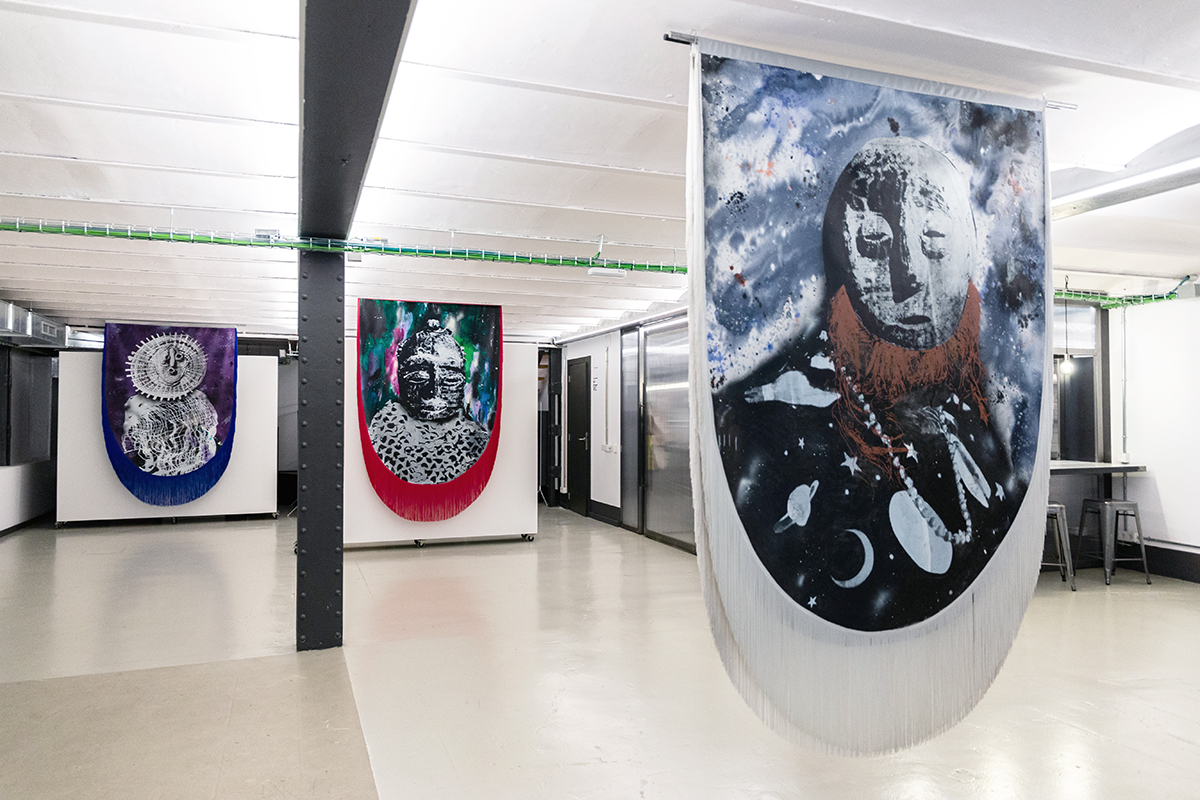 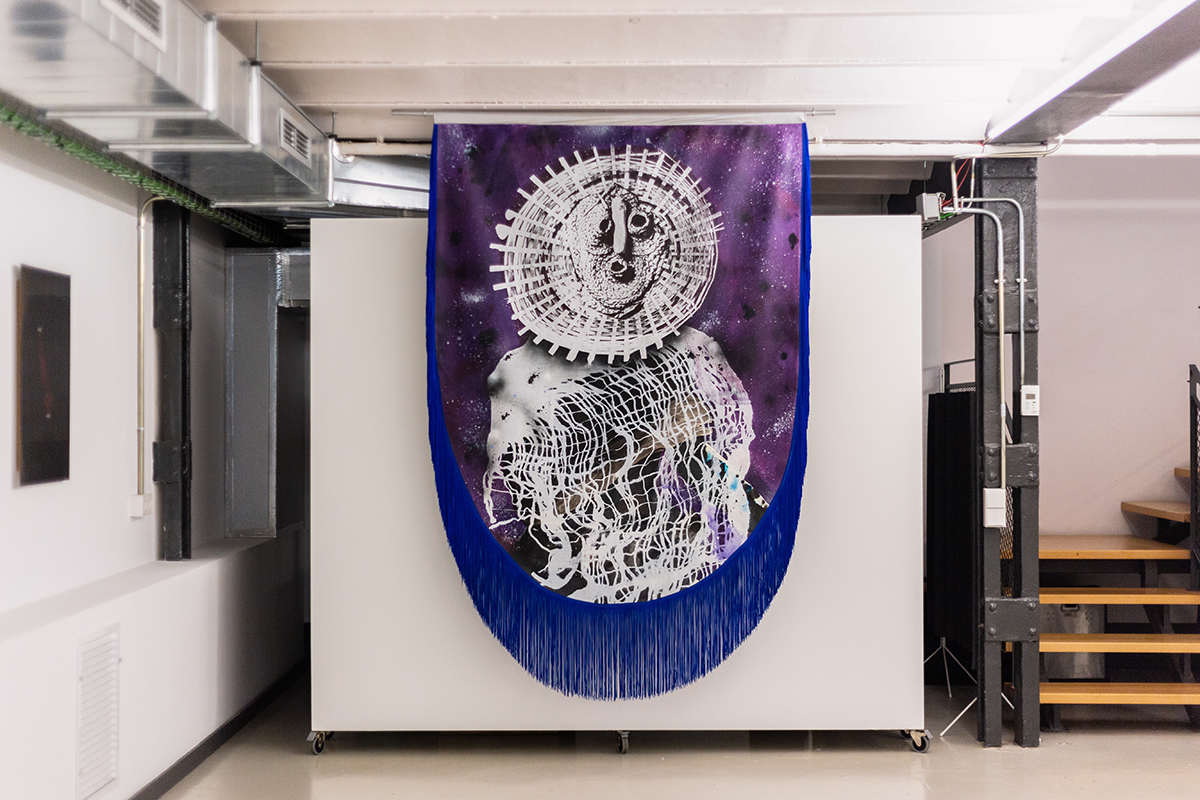 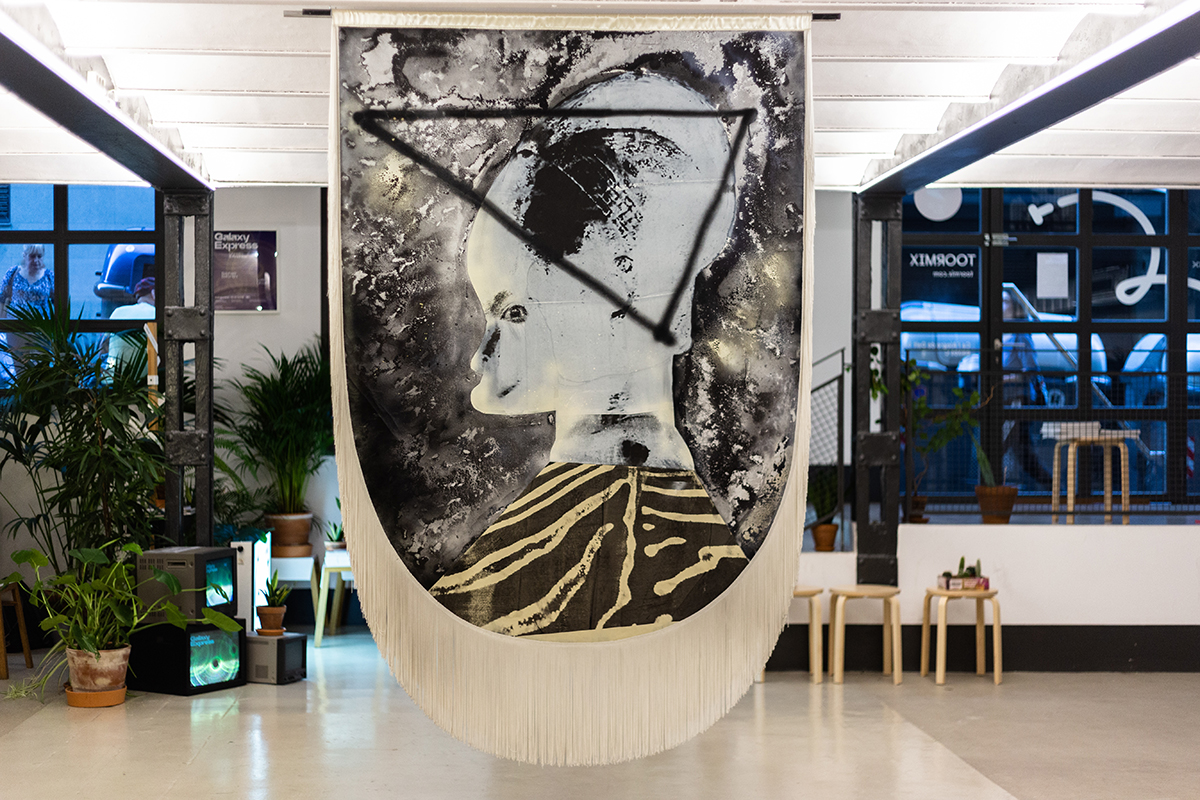 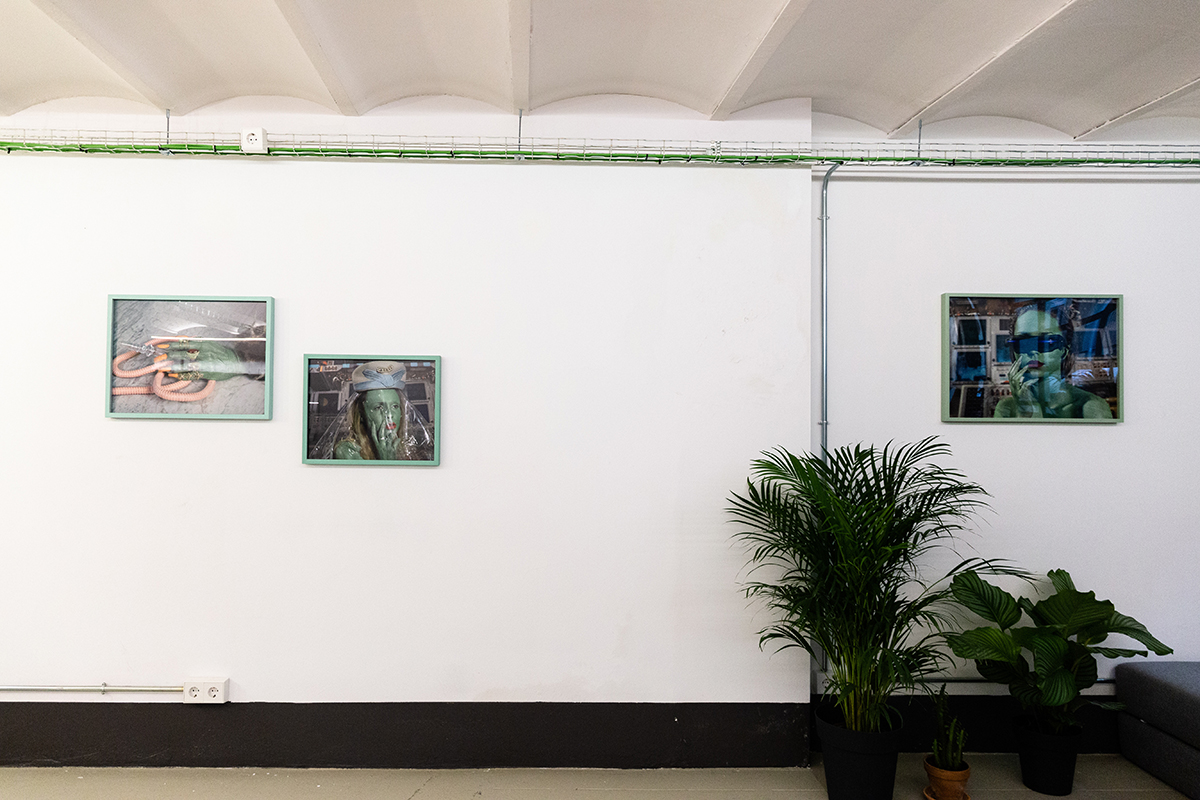 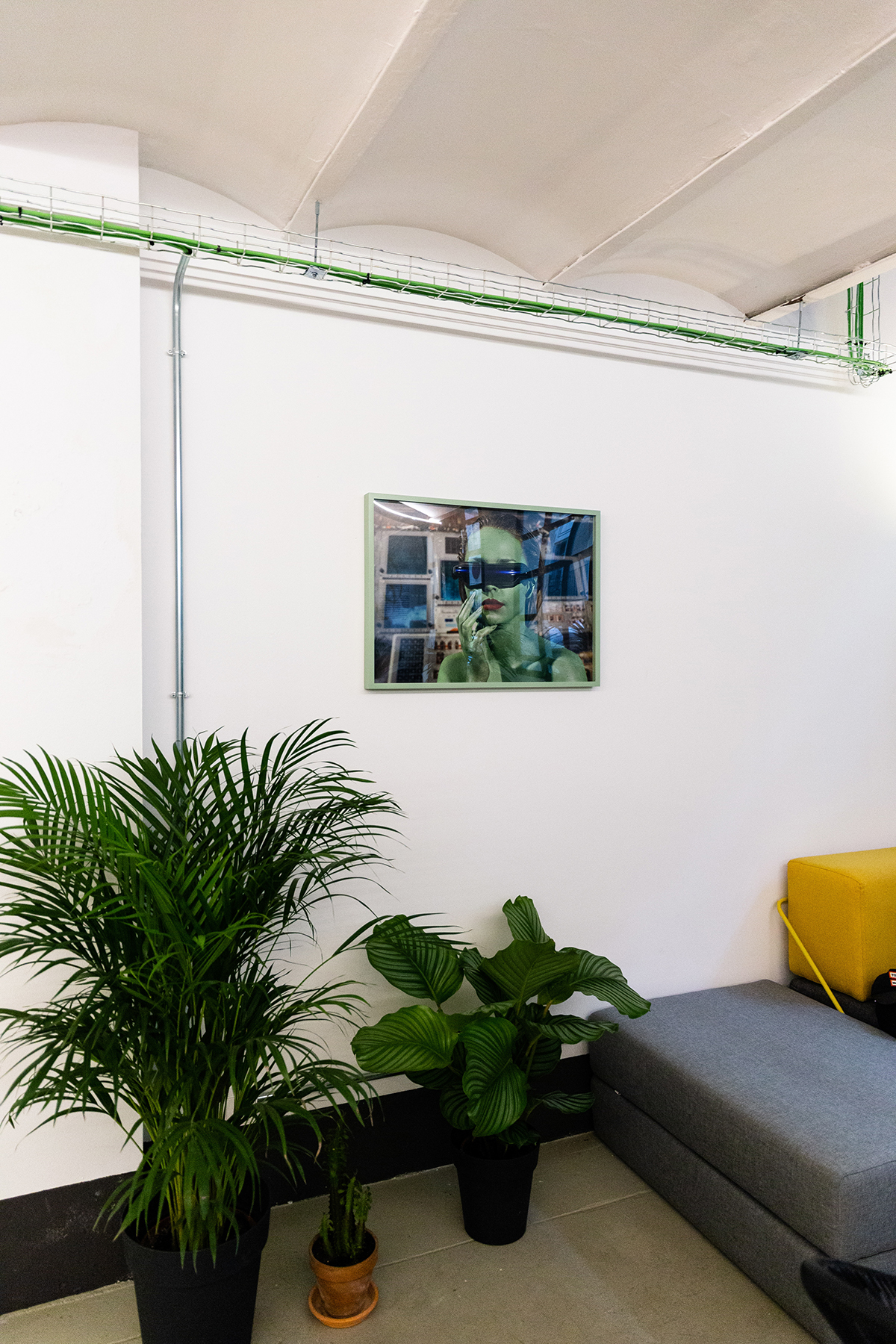 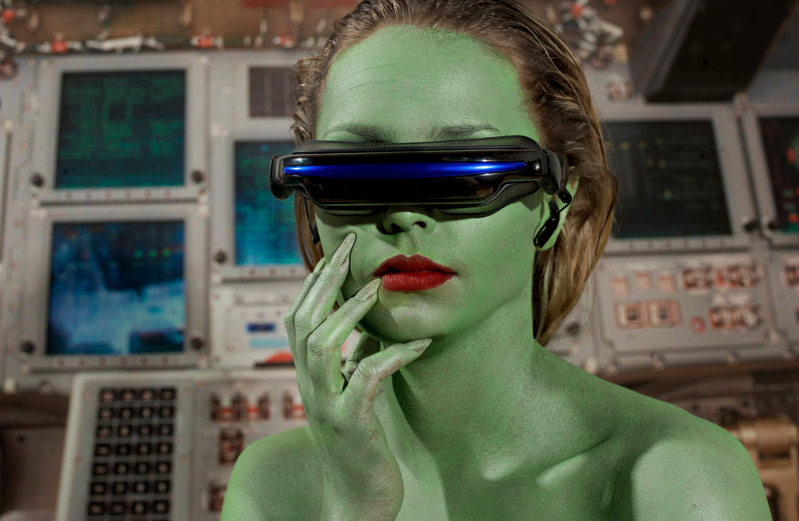 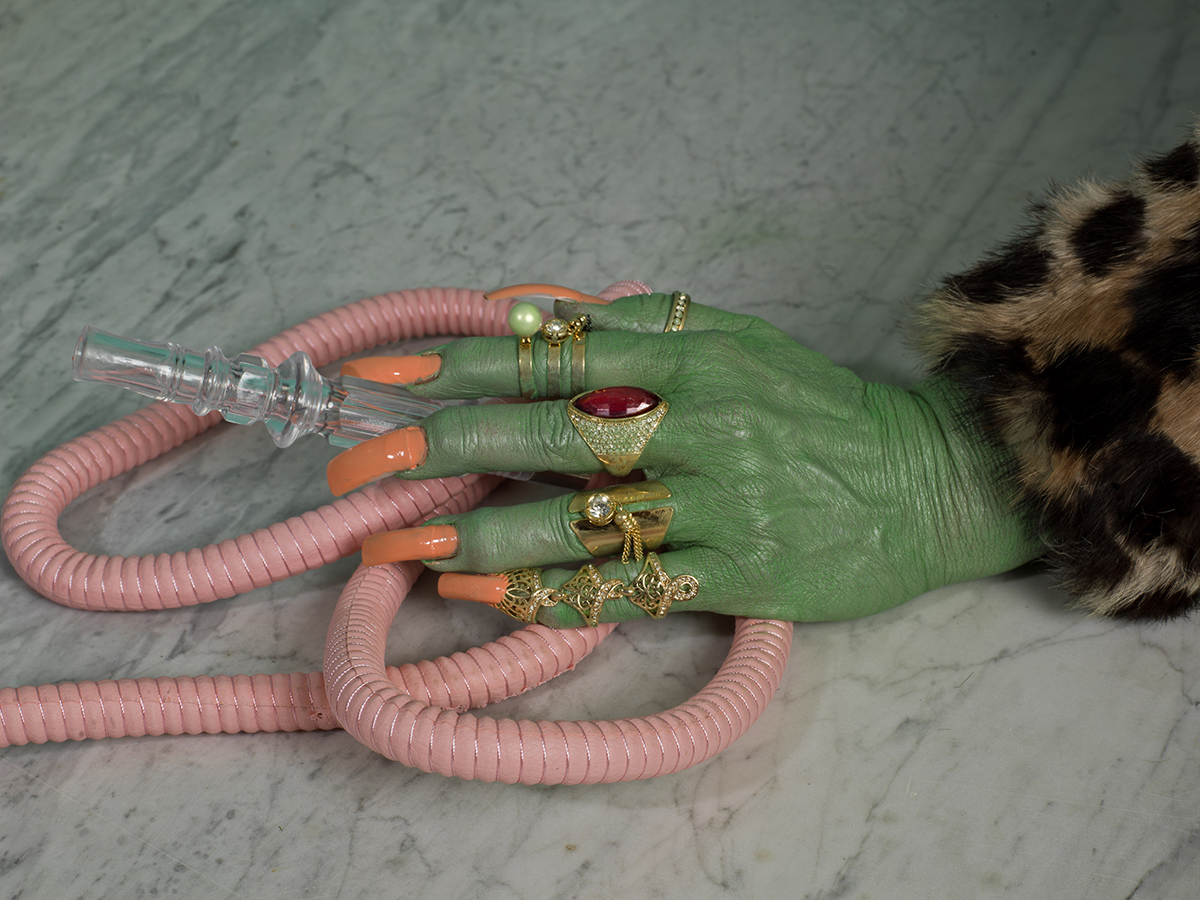 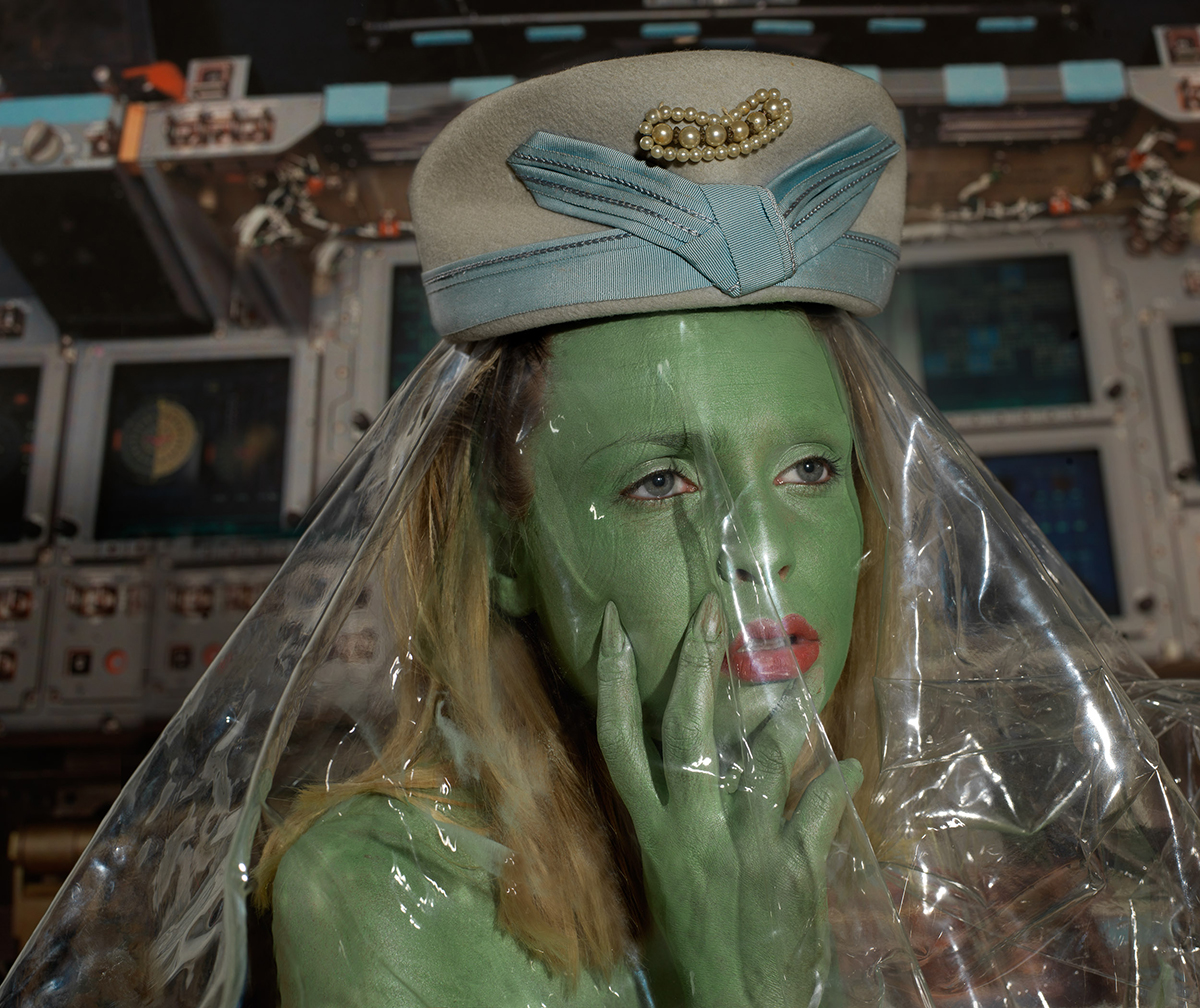 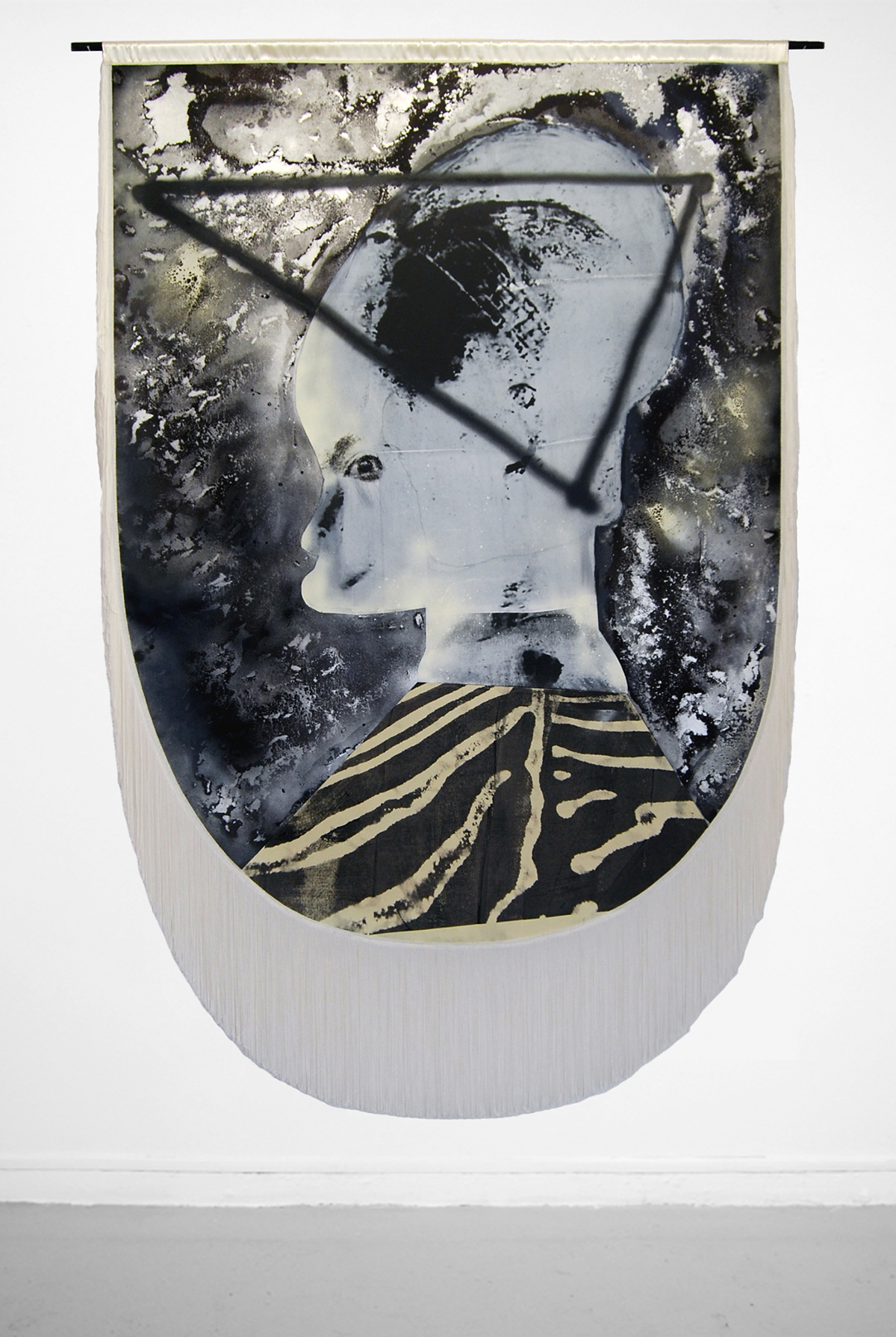 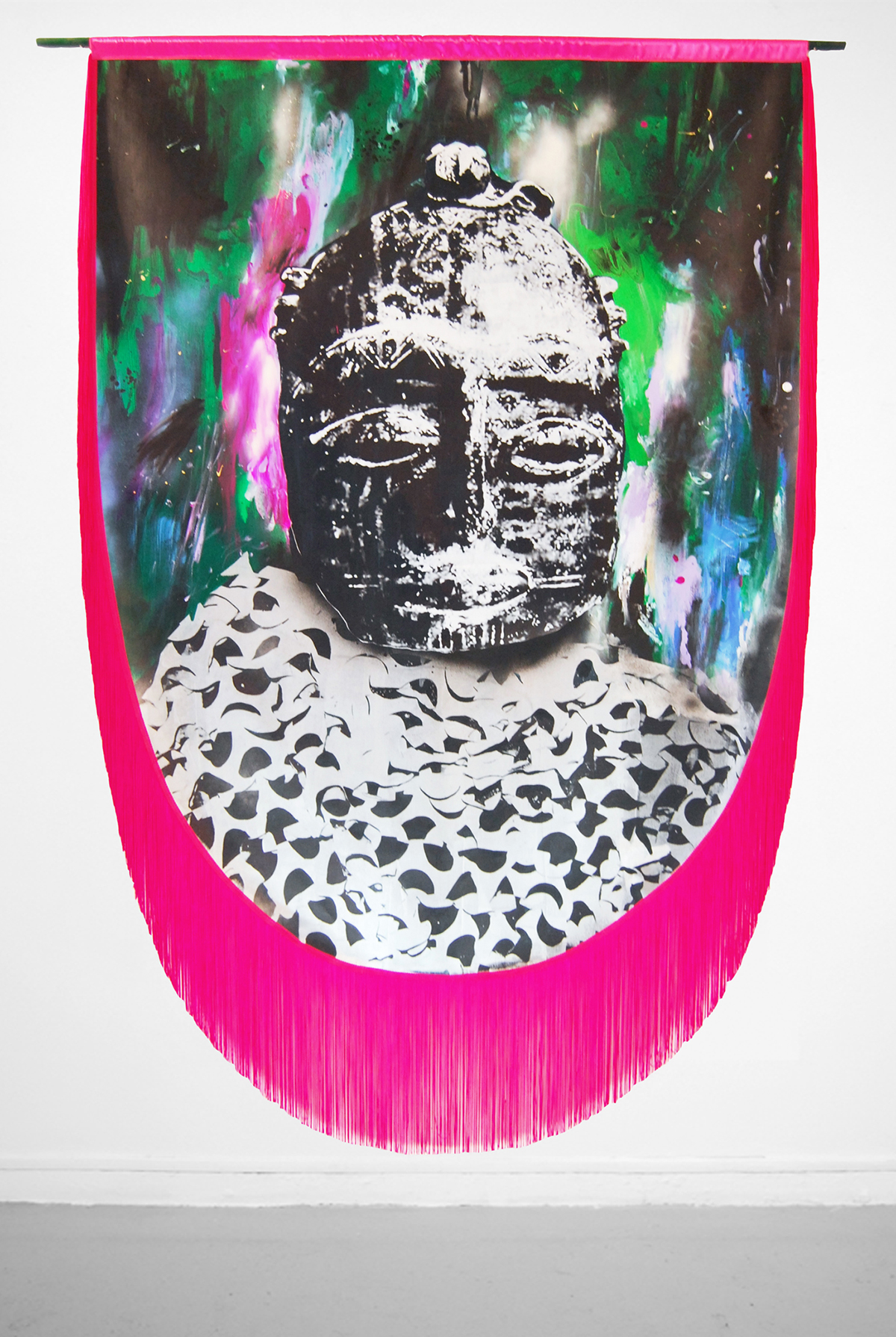 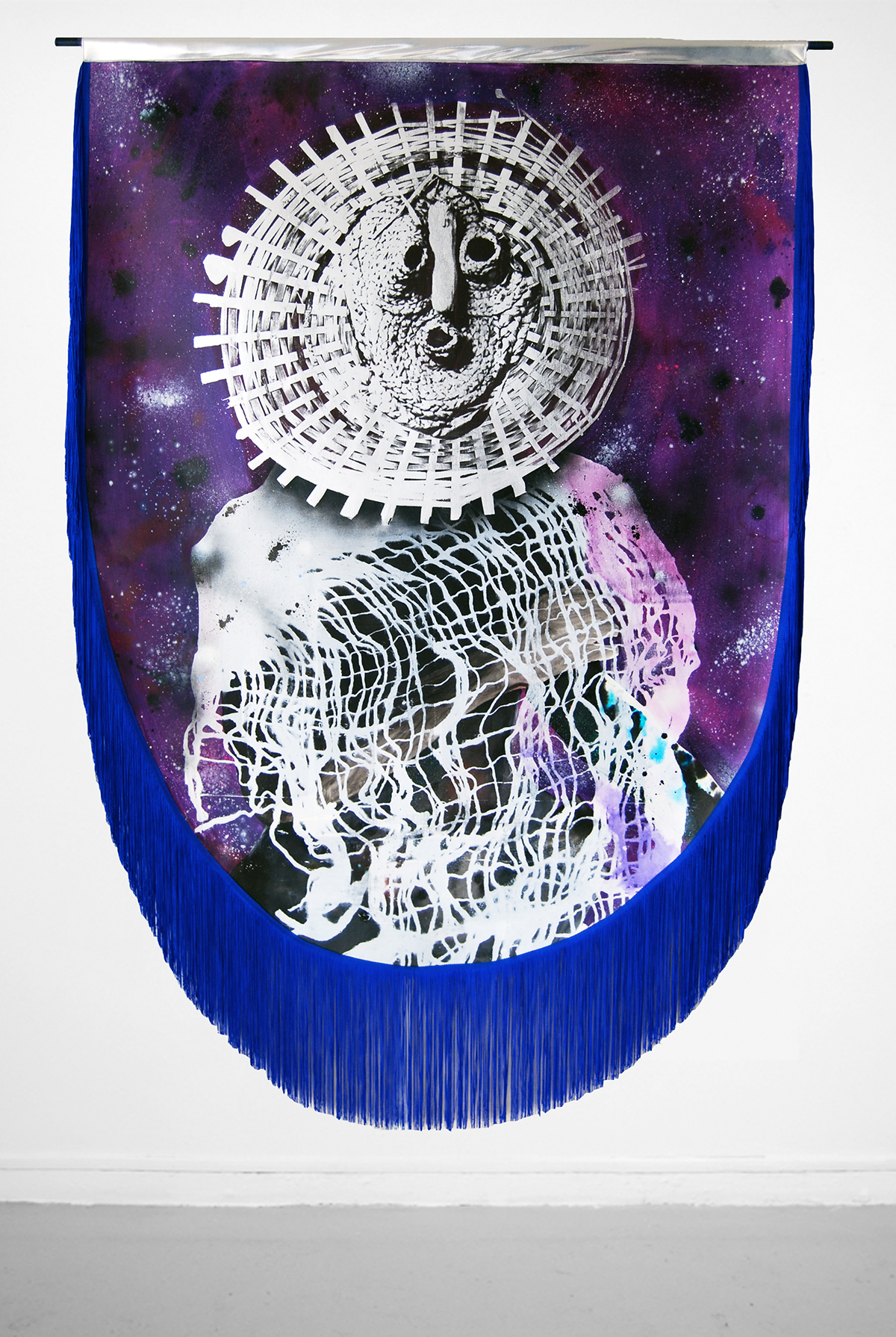 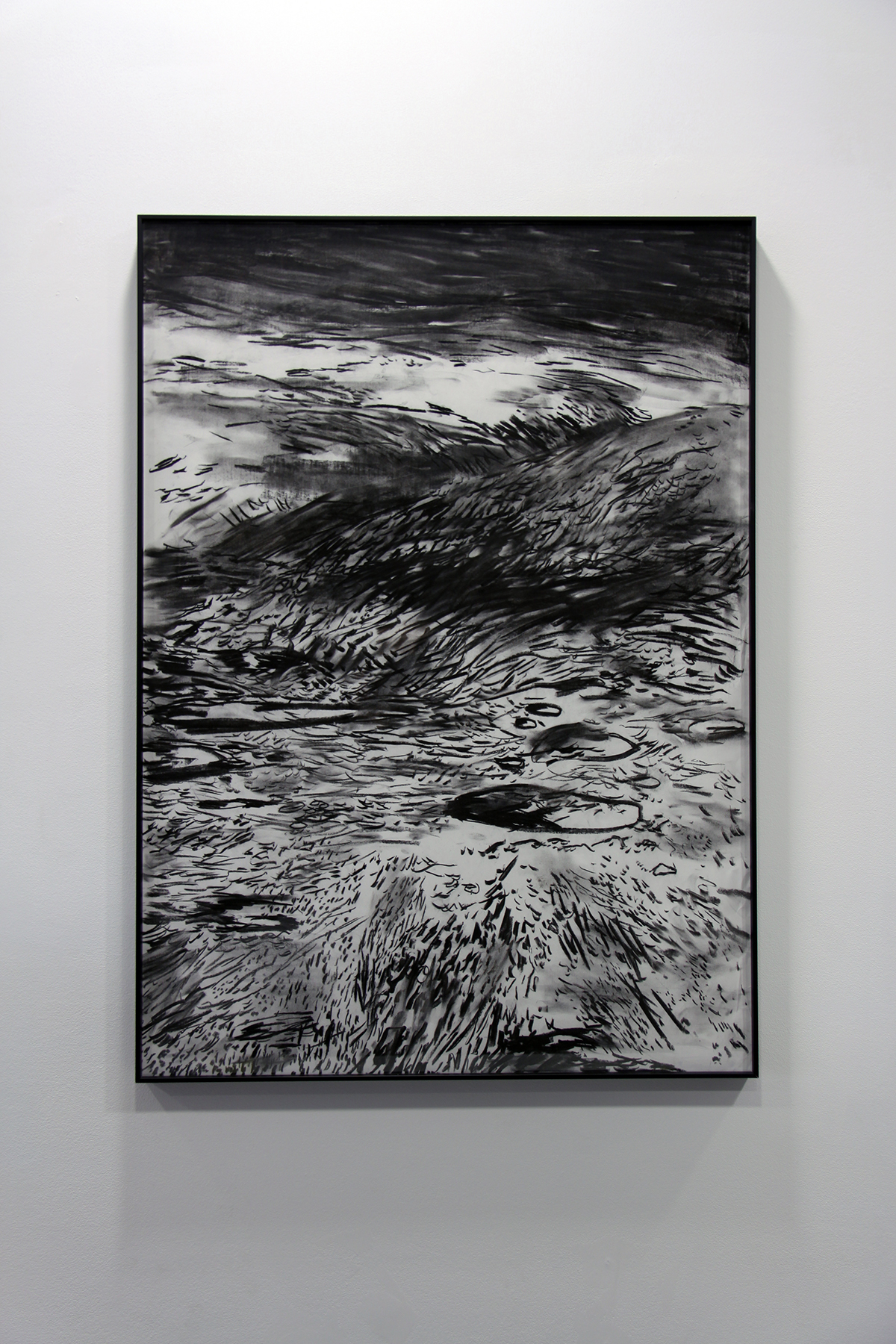 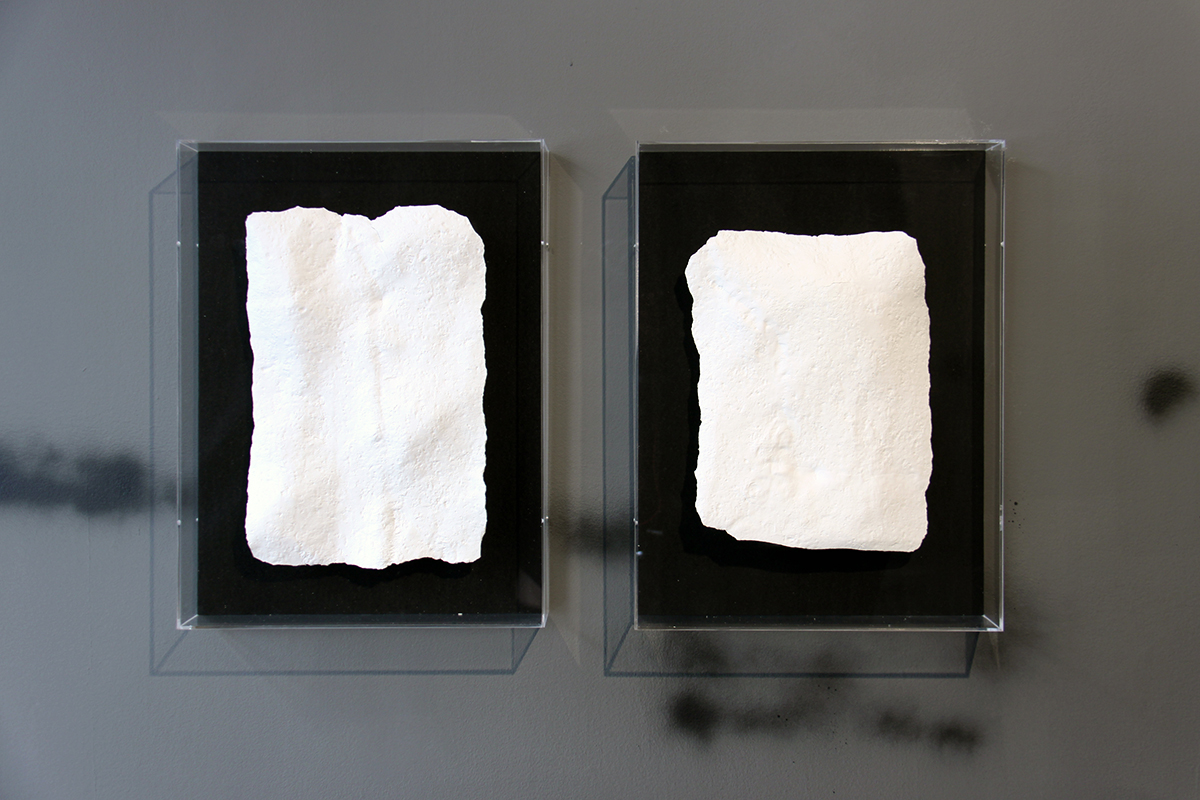 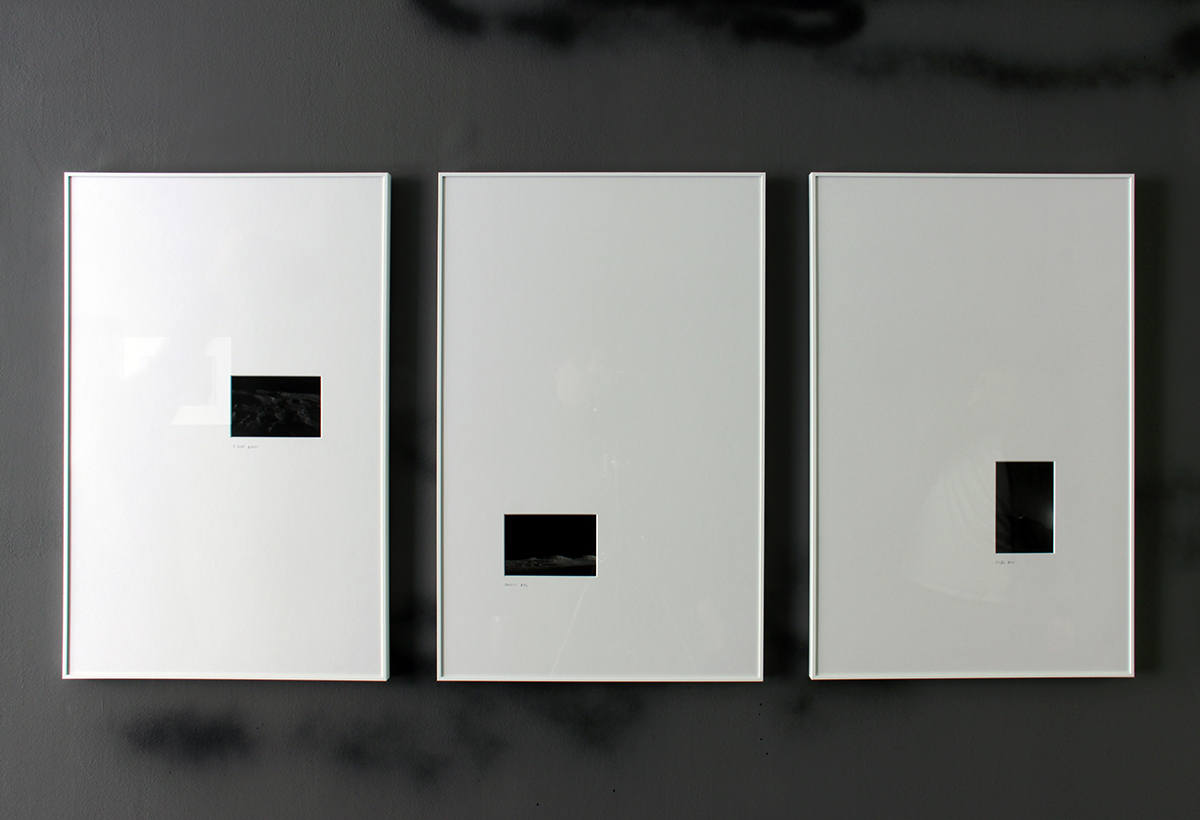 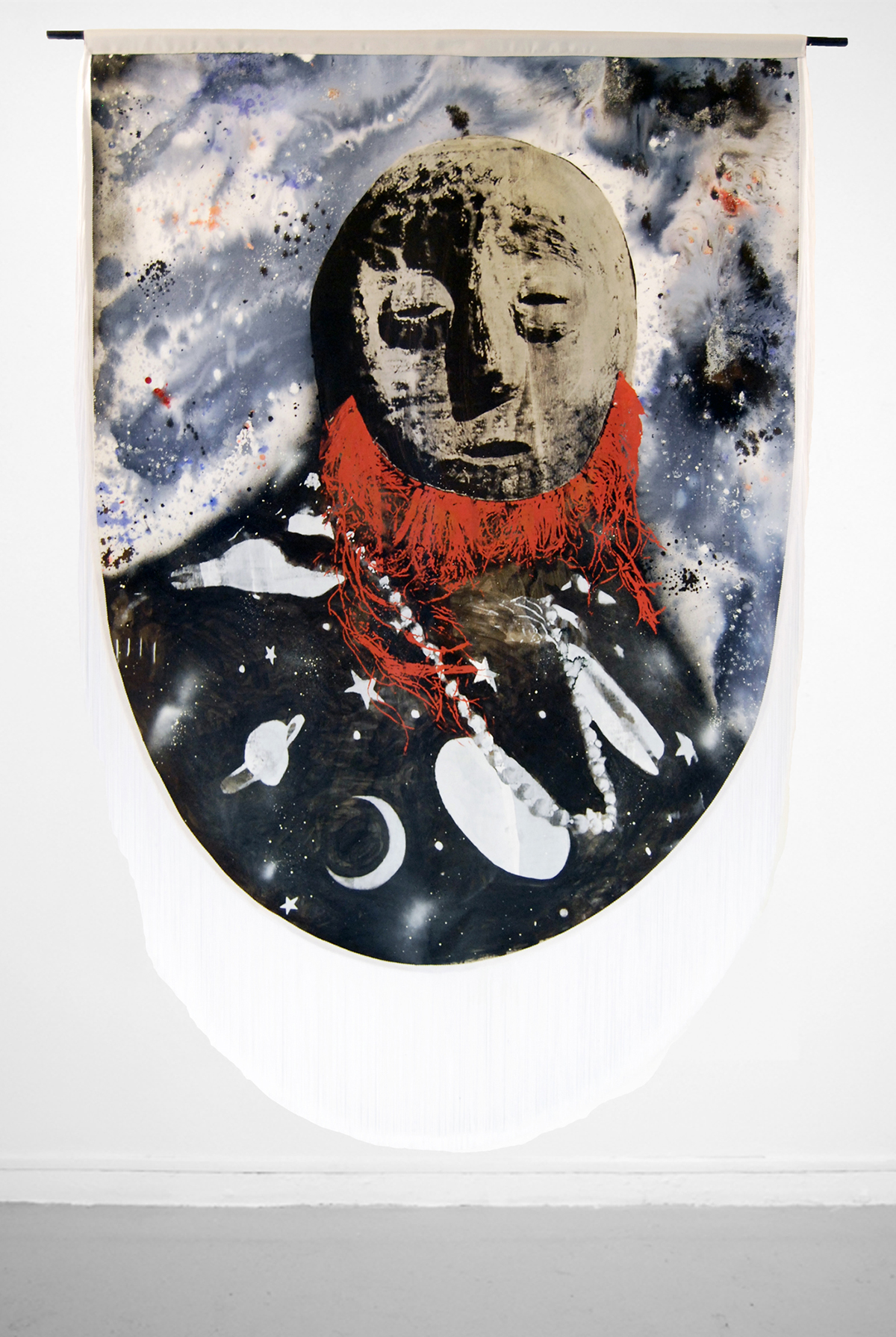 Space Decolonizers
Mery Cuesta
In 1977, the cartoonist Leiji Matsumoto published a Manga titled Galaxy Express, a space opera set in the future in which you could change parts of your body for robotic ones to attain immortality. The manga became a film and in Anime became known all over the world. In Spain, the series was known by the name Space Explorers and was announced as: “Space Explorers, among planets of light and dark, three friends in strange worlds”. This cosmic reference and futurist fiction is the context that the exhibition Gallery Express proposes to present the work of three artists – two artists and a duo – establishing various different points of contact between them, connexions which not only talk about the evocation of the interstellar universe, but also a reflexion on decolonization. The visions of Luis Úrculo, Raphaël Barontini and Christto & Andrew contradict the mode of understanding of power with logic imposed by western and anglo-centralism. Decolonial thought is that of disobedience, questioning and (even better) is the reconstruction of historical and identity narrative. Decolonize is to think, do and create.
The tree artists which make up Galaxy Express use speculation and imagination, adding to this in some cases layers of biography to their take. Úrculo evocates the landmark in space travel that took place in the 60s when man first stepped onto the moon, while Barontini reflexts on his own condition as a young man coming from the Parisian baulieue today. To follow on, Christto & Andrew recreate an intermediate and kitsch futurism, suspended in time. The three proposals are three perspectives on decolonialism charting a line from the past to the present and then future.
Luis Úrculo (Madrid, 1978) develops his project Sensed Landscapes where he imagines, from data provided by NASA, how the first outing to the moon in 1969 developed. Through models, lists, photographs and drawings, the artist generates an artificial landscape which will be, however, more real than any walk on the moon we could ever imagine: fiction becomes our only way of getting to the ‘real’. Úrculo proposes, then, a false record of elements and objects left behind. The extra-terrestrial colonization leaves a bitter vision showing that humankind leaves traces and waste wherever it goes.

The work of Raphaël Barontini (Paris, 1984) emphasises his suburban origin. Originally from Reunion Island, he was brought up, and still lives, in a neighbourhood on the outskirts of Paris, areas pivotal in the conflict of a colonialist and imperialist France. However, his work has nothing to do with clichés of hate which his social origin may provoke (already well covered by films such as La Haine (The Hate) de Mathieu Kassovitz, 1995), but is transformed into a decolonial discourse without a trace of violence. Barontini’s four banners give off a strange sensitivity, emphasising belonging and roots. In them, hybrid creatures, which hark back to folk art – one of the aspects of outsider art, develop in a cosmic context, which evokes the aesthetic of jazzman Sun Ra, vanguard, black and sorcerer. Fhe consciousness of feeling outsider is lifted up in the form of a banner, of a declaration of principles between that of ancestral and timeless cosmic.

The artistic partnership Christto & Andrew (Puerto Rico, 1985 – South Africa, 1987) shows hallucinations of the future through three works from their latest series Encrypted Purgatory. Christto & Andrew develop their work from Qatar, a disturbing and strange place which appears to be an anti-utopia from the imagination of Moebius: it is maybe Qatar that is the purgatory that the title of the series talks about. The artists generate surreal images and which are connected to the world of fantasy and sci-fi in order to denounce a frivolous, consumer and macho world. The critique operates in two elements: technology and the body. In their work, technology stops being a temporal indicator, and as if the past present and future have collapsed into each other, they mix obsolete devices with vintage ones and current ones. This blurred or melted together technology disconnects us from the real, and at the same time, evokes – in the words of the artists themselves – “a concern for the ideas of the future”. The body which Christto & Andrew operate on is that of the mutant. Their women come from the extra-terrestrials based on the popular imagination of science fiction cinema of the 40s and 50s, these green humanoids with antennas coming from flying saucers. But the aliens of Christto & Andrew are sophisticated, magnetic and overproduced women, queer beings which may remind us of the hyper-artificial and drunk models of sociability from No-one Reads Cohen. A speculative and humorous vision of the inhabitants of a dystopian future.
Galaxy Express offers us three perspectives on decolonialism that are based on conjecture and the imaginary world of interior space, a territory Pop that is effervescent and inspiring; just like the words of Space Explorers: “what an experience to discover the secrets of Pluto! Its great to run through the meadows of Sideral!.