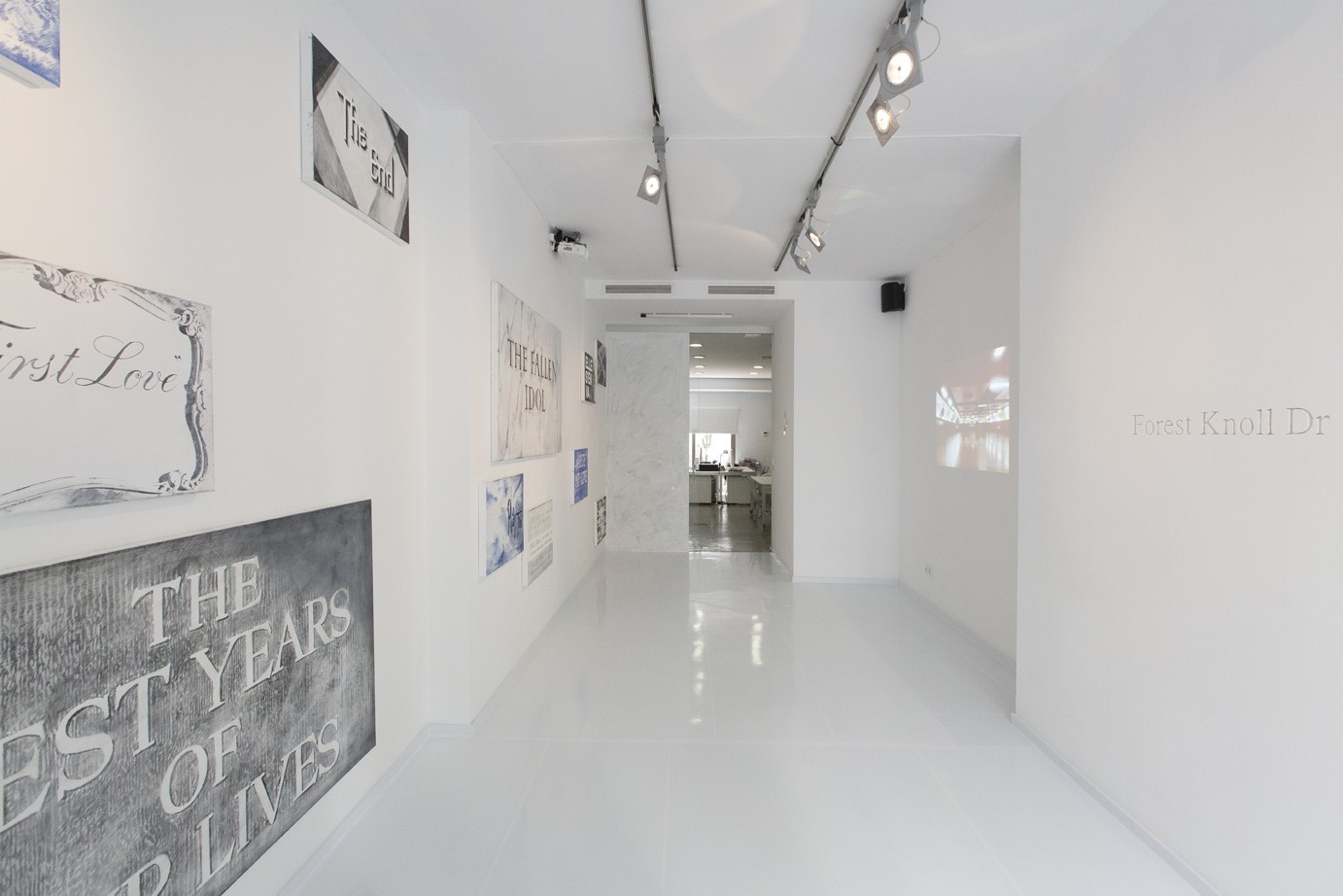 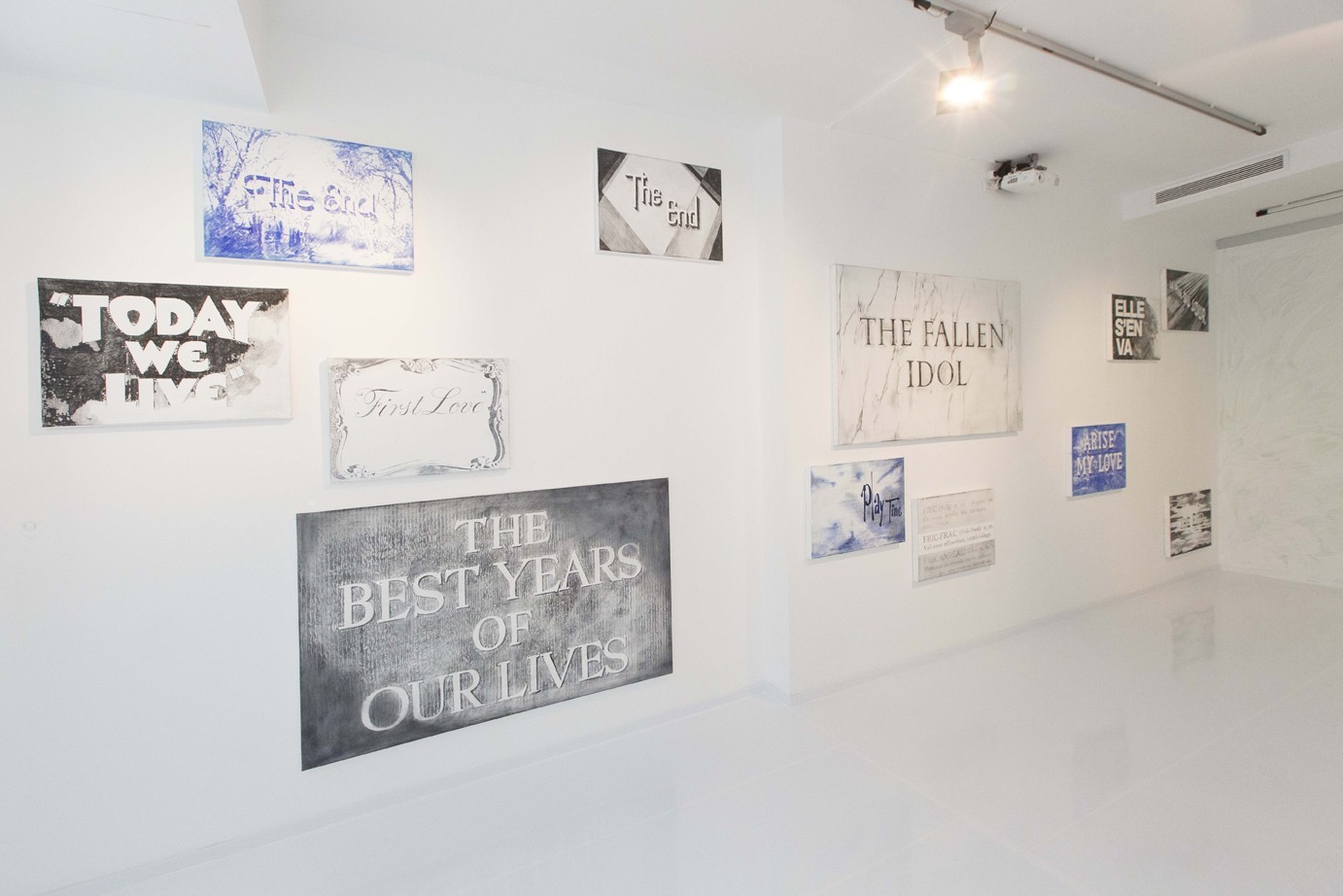 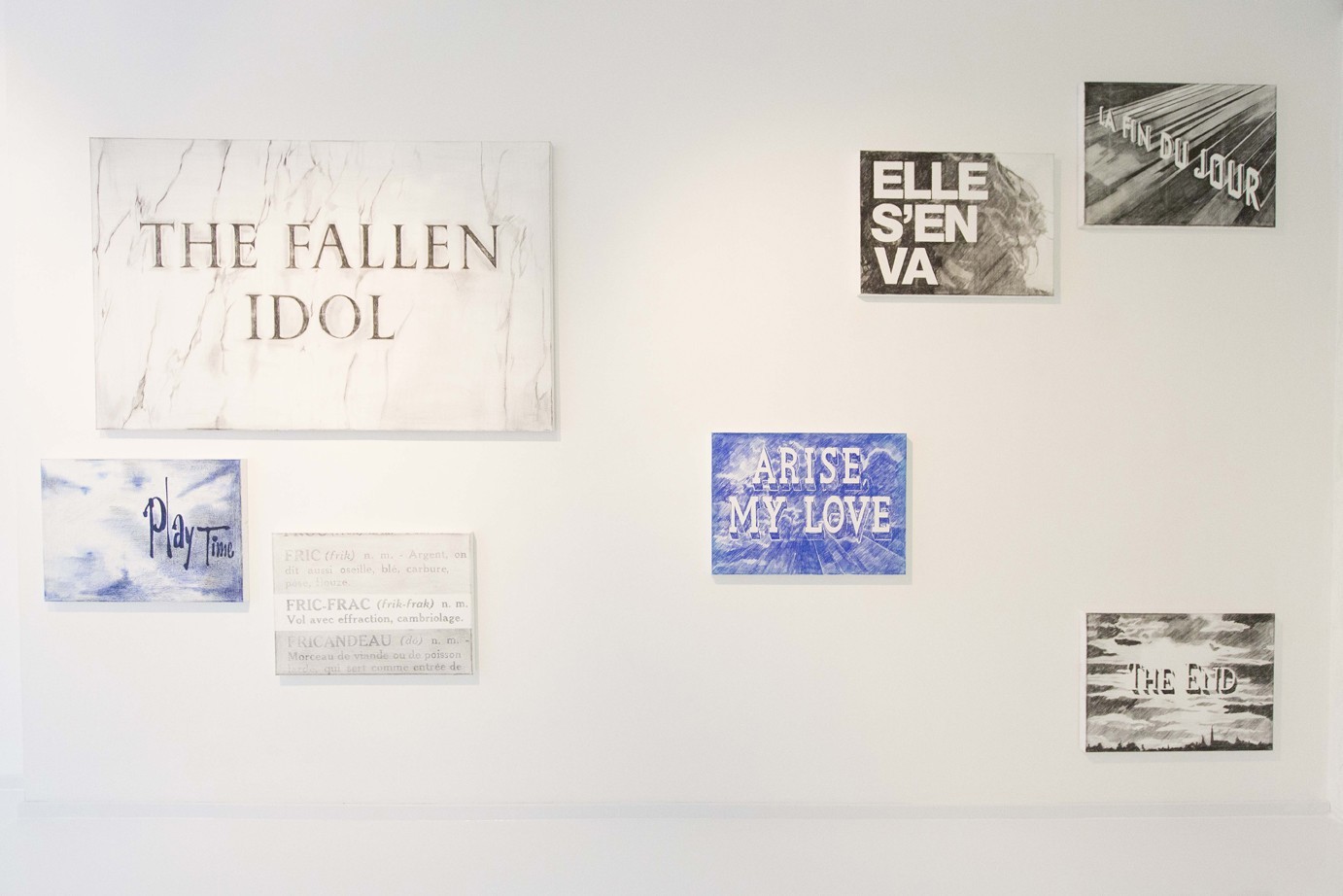 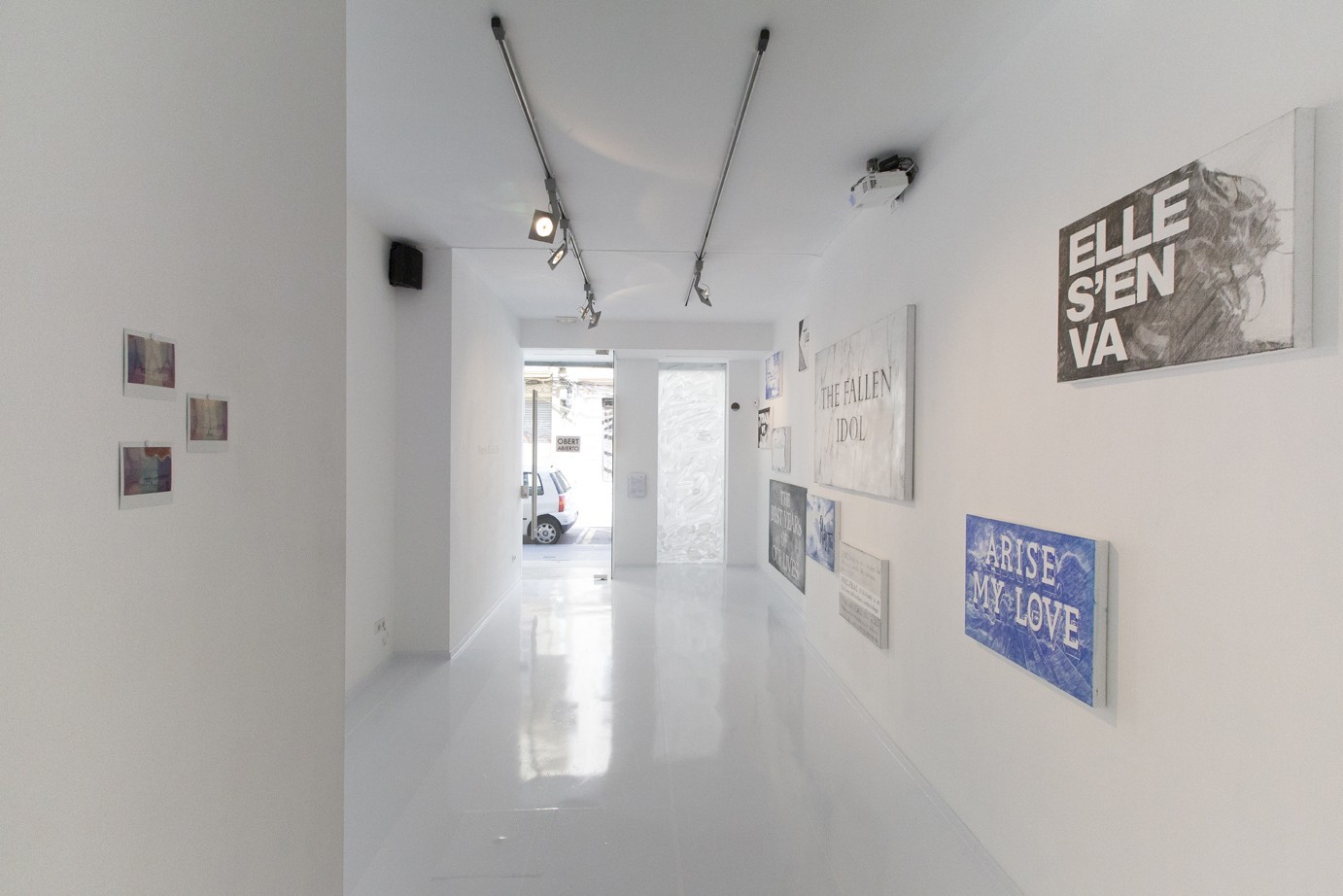 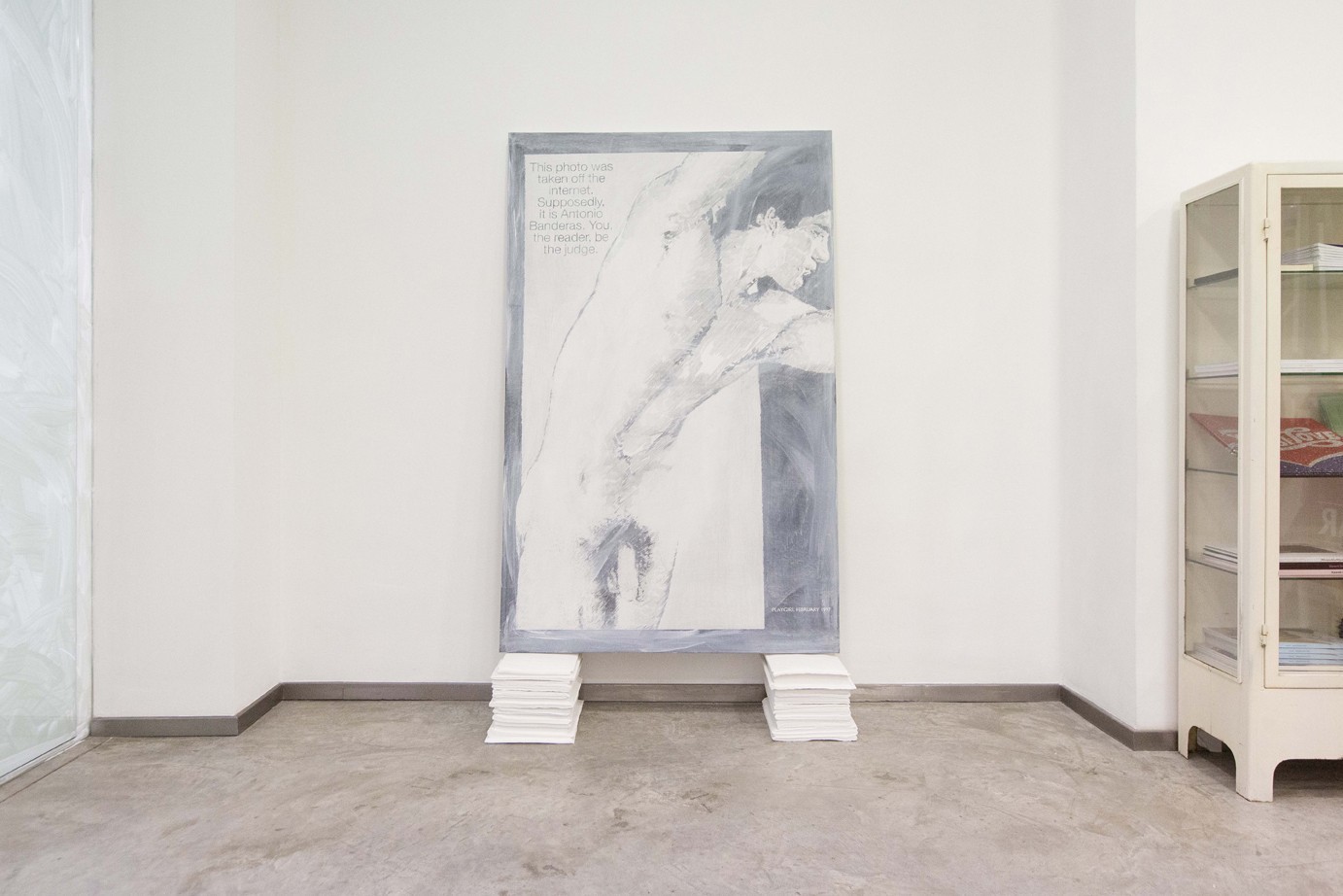 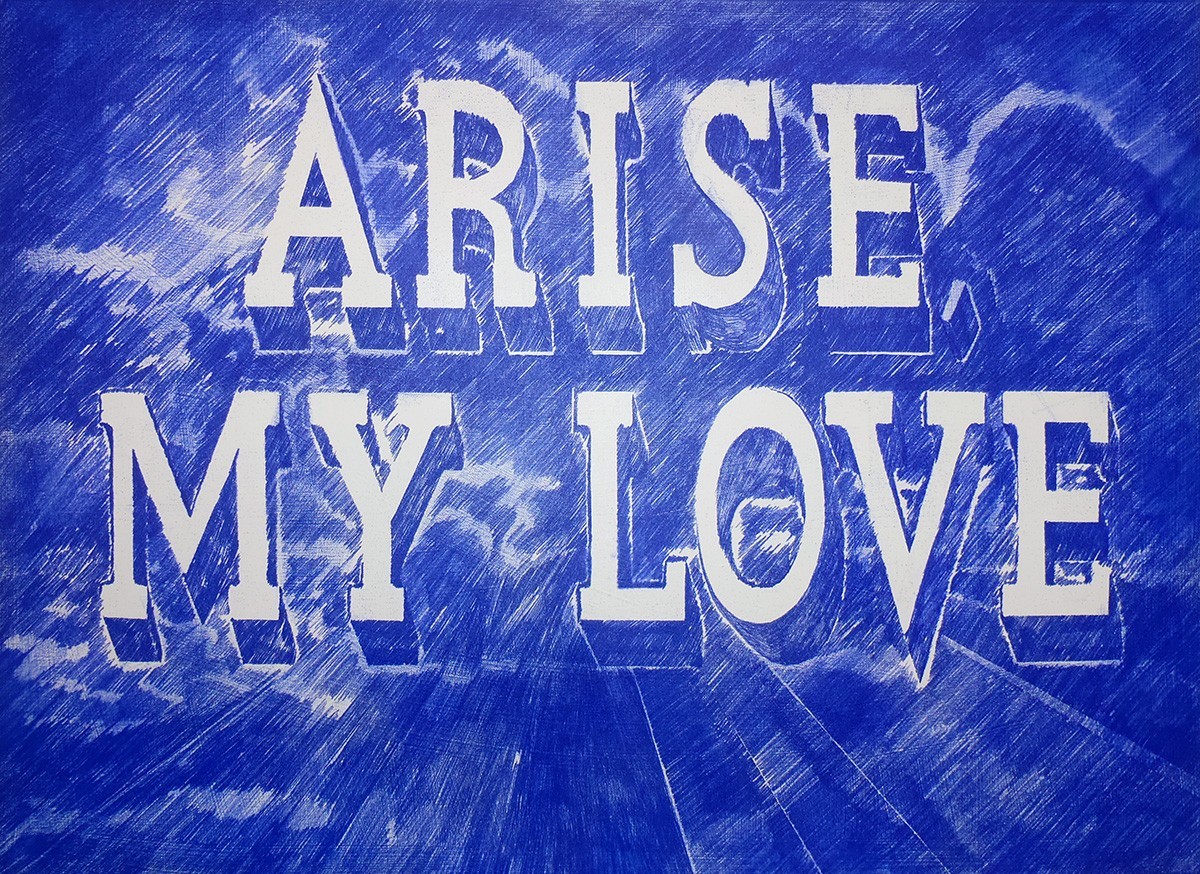 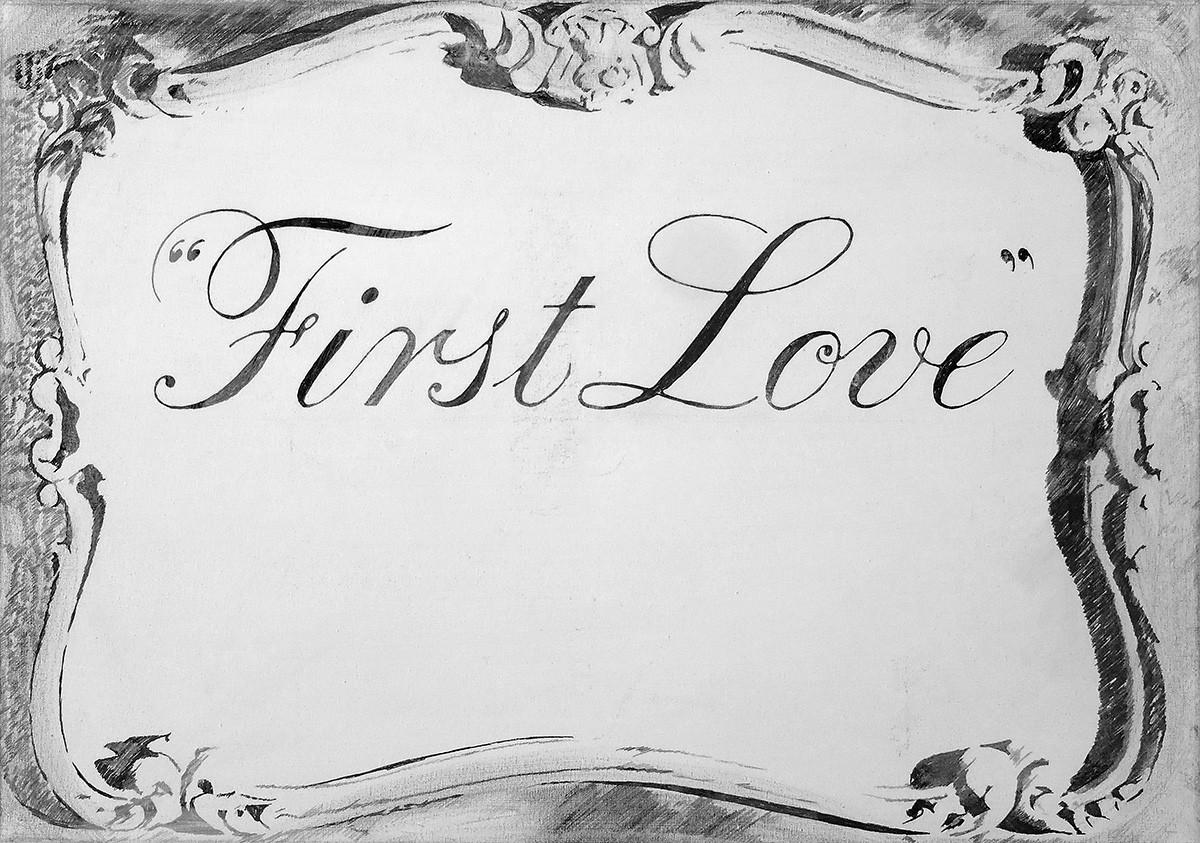 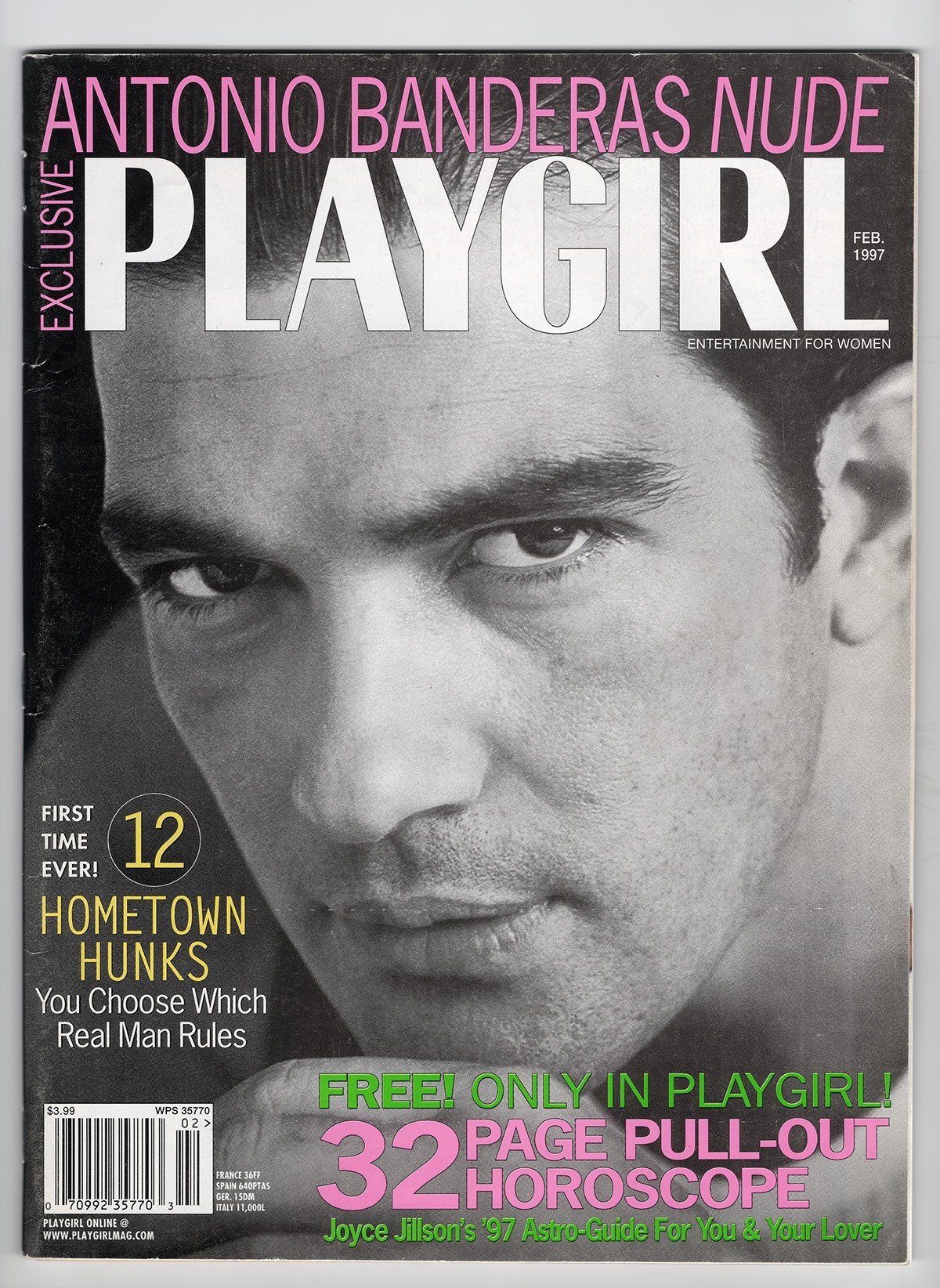 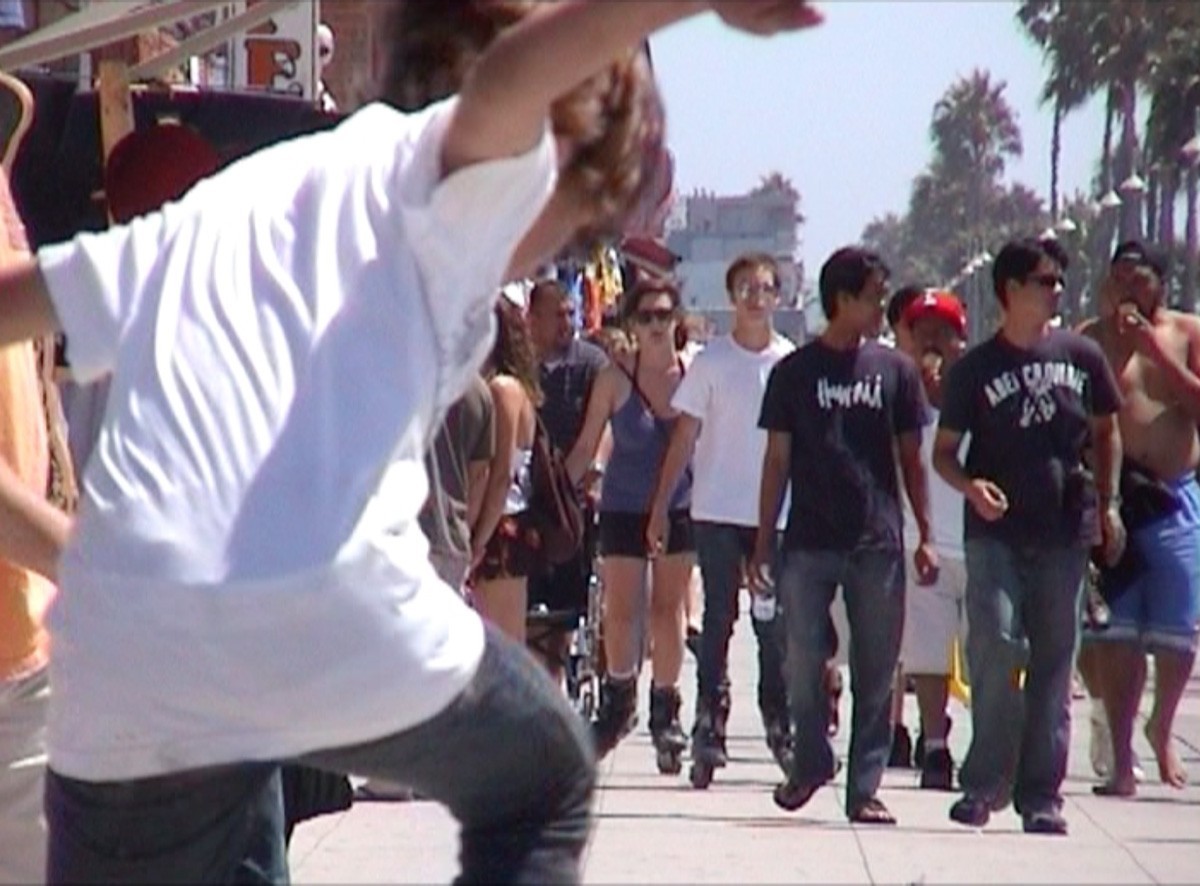 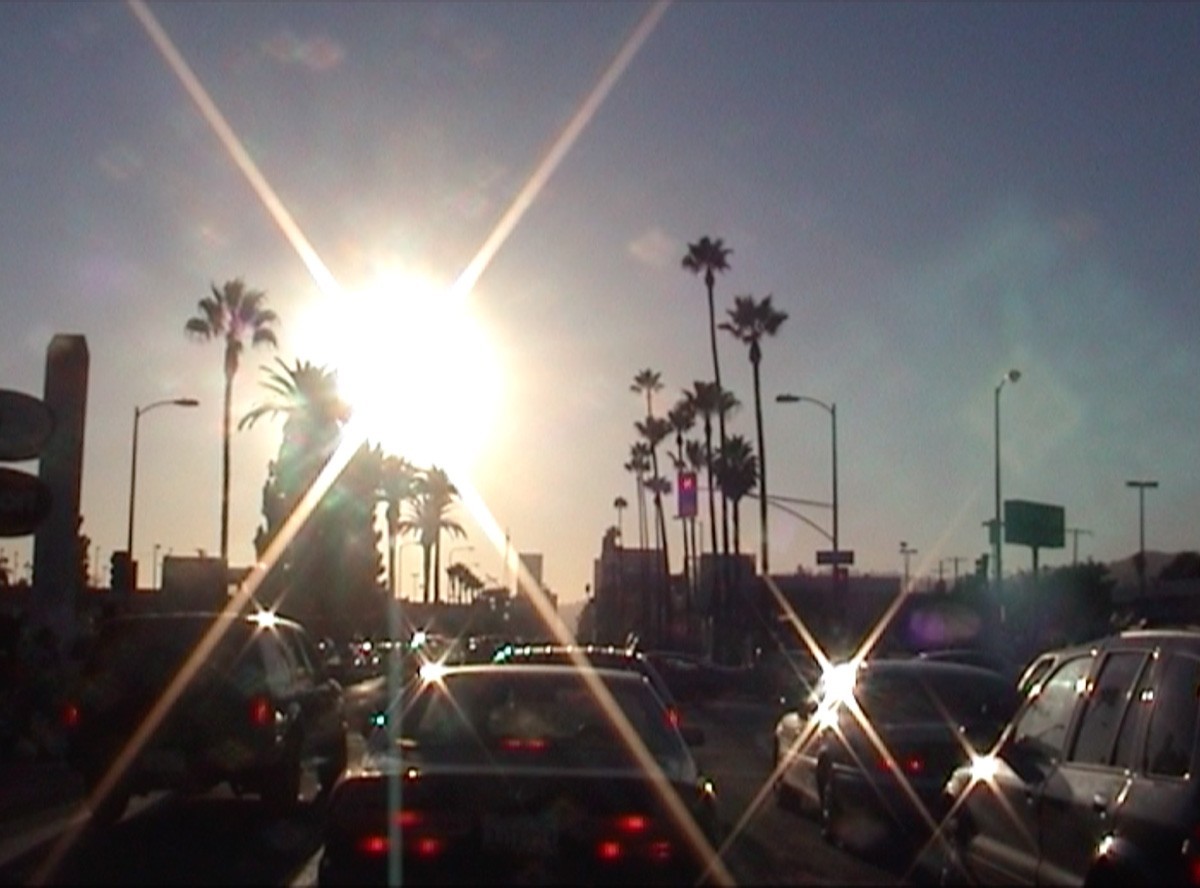 We know that hidden within story telling there is power, so we shall begin one of them in order to try to evoke one type of reality…

One of the (contemporary) origin tales of the world is the appearance of a device capable of “catching” an image. Not only has this produced a fault-line in the notion of representation, but also in the idea of language itself. During the Romantic period language took on the mission to “accompany human history and the soul of peoples”, photography marks the end of this hegemony and announces the beginning of a new era in which the word is subordinated to the image. Notions like documentary or image truth bring to the fore the fragility of the text, not only oral but written, showing its random and polysemic nature. Not even in a swarming mass of words can the strength and stamina of the image dwindle.

Let’s think of another possible beginning…

In the beginning was the word. Levi-Strauss himself begins his The Savage Mind with a “reflexion on the nomination and the expression of the concrete through the abstract”. Both the words and tales hold the power to, and even define how we, perceive images, given that they condition our thought systems.

“A felt a nostalgia for ages yet to come”Saint Etienne, “Language Lab”, Finisterre, 2002
In this area of friction between the image and the word we can add a third element, time, or better said, it’s fiction: image time.

Cinema fostered a new form of literacy, we have grown up absorbing the idea of editing without the need to be explicit or explain. We do not need to know post-structuralism or semantics intuitively to realize the arbitrariness of the sign, the fact that each element defines itself in its relation to the rest. An earlier image conditions the reading of the following ones. Our training in image time leads us to identify an earlier scene with the past and connect it to the one we are viewing at that moment.
“Existe un estrecho parentesco entre las maneras en las que se forman los valores significativos de un cinegrama y de una imagen onírica.”Jean Epstein, “El pecado contra la razón. La imagen contra la palabra”, El cine del diablo, 1947

All these principles lead us to an area of vagueness, we feel that we have come to a story which, in fact, has already started, which has already begun many times and, on entering, we keep silent trying to identify the signs, recognize others’ memories, because of their familiarity, we almost feel to be our own.

In 1980 Julia Fodor, who is later known as Princess Julia, looks at the camera and begins to recite in French, “Devenir gris” (Fade to Grey). The image has become a cultural reference point, which later led Fade to Grey to become the group Visage’s most famous song.

Michael Roy, 2017, presents his second individual exhibition at Espai Tactel, the title of the show, the same as Visage’s second single, Fade to Grey.

To conceive an architectural space as if it were cinematographic. Not because it represents theatre workings, but because each element leads us to other images: stills, shots… We do not know if these pieces are the documentation of earlier footage or are the film itself expanded into the space. Windows. Familiar stereotypes and in conflict. When faced with the notion of cinema conceived as photographic images we find ourselves with what predominates in the image text. Something we can identify with the origins of cinema but that, as indicated Deleuze in The Time Image, which we can also find in our own cinematic history, not only in the present day but also in the everyday. Photography, above all when we connect it to the story, is more closely woven into the word which our preconceptions would recognize.

If we read the first, Forrest Knoll Drive, we find ourselves before a bas-relief that, at the same time, is the title to a video (2006), which is found together with this. A quick search on the internet shows us to be in familiar territory: an address in Los Angeles, California.  The content of this video, like the rest of the pieces in the exhibition, refer to a strategy contemplated by the artist since the 90s; that of not generating other images but simply to ‘direct our eyes” and select. This bringing together of moments, the same as that which makes up our own memory, is loaded with sound, disorientated and distorted, an effect which emphasises the systems used to record them – snapshots, decoupages, photocopies…

The work of Michael Roy, as we have seen in his piece I remember (2016), not only does he bring us nostalgic constructions, but also the ways by which we have constructed these memories. To what point are our experiences, memories, desires are our own or the result of social and cultural constructions, of stories that others have created to generate this great collective imagination.

At the same time he presents us with a reflexion about the doing, we inhabit a world which is being more and more saturated with images, so how can we plosition ourselves before this? Roy choses to do this without doing anything, to place what is already created before us, which at the same time has created us ourselves.

But his work doesn’t make do with exhibiting only that which is visible, it generates areas of resistance, it makes us face our own memories and, from them, find meaning. In the The Secret Diary (2011) by using covered words, Roy has created empty spaces which universalise and invite us to complete the meaning. In Fade to Grey (2017) the blank space abandons his supposed neutrality to become another huge slash of ink. The blank space not only delimits but also creates, a sheet defines the spectrum, a line, a frontier. The attempt to mark the limits makes us think of a diminishing, as Peters shows us in his cartography, but also a latency based on what is trying to be defined.

And in this space which has become self-conscious and which has been populated by the phantoms of our own imagination, ourselves, bringing us face to face with a story that someone has started but not brought to a close. What has happened? When? How? Are we actors whose role is just to watch? Has the session finished of has it stared once more, again and again?