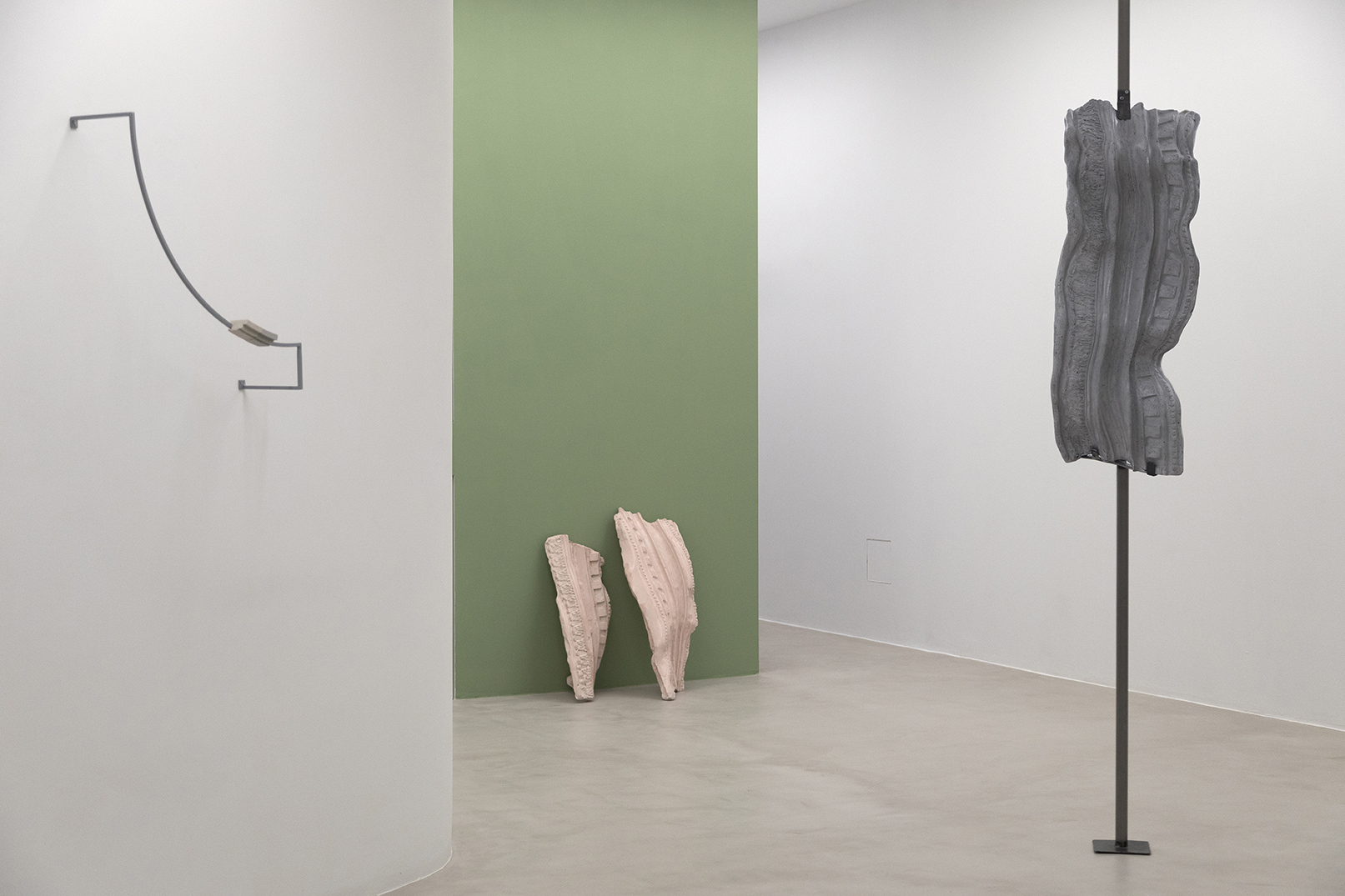 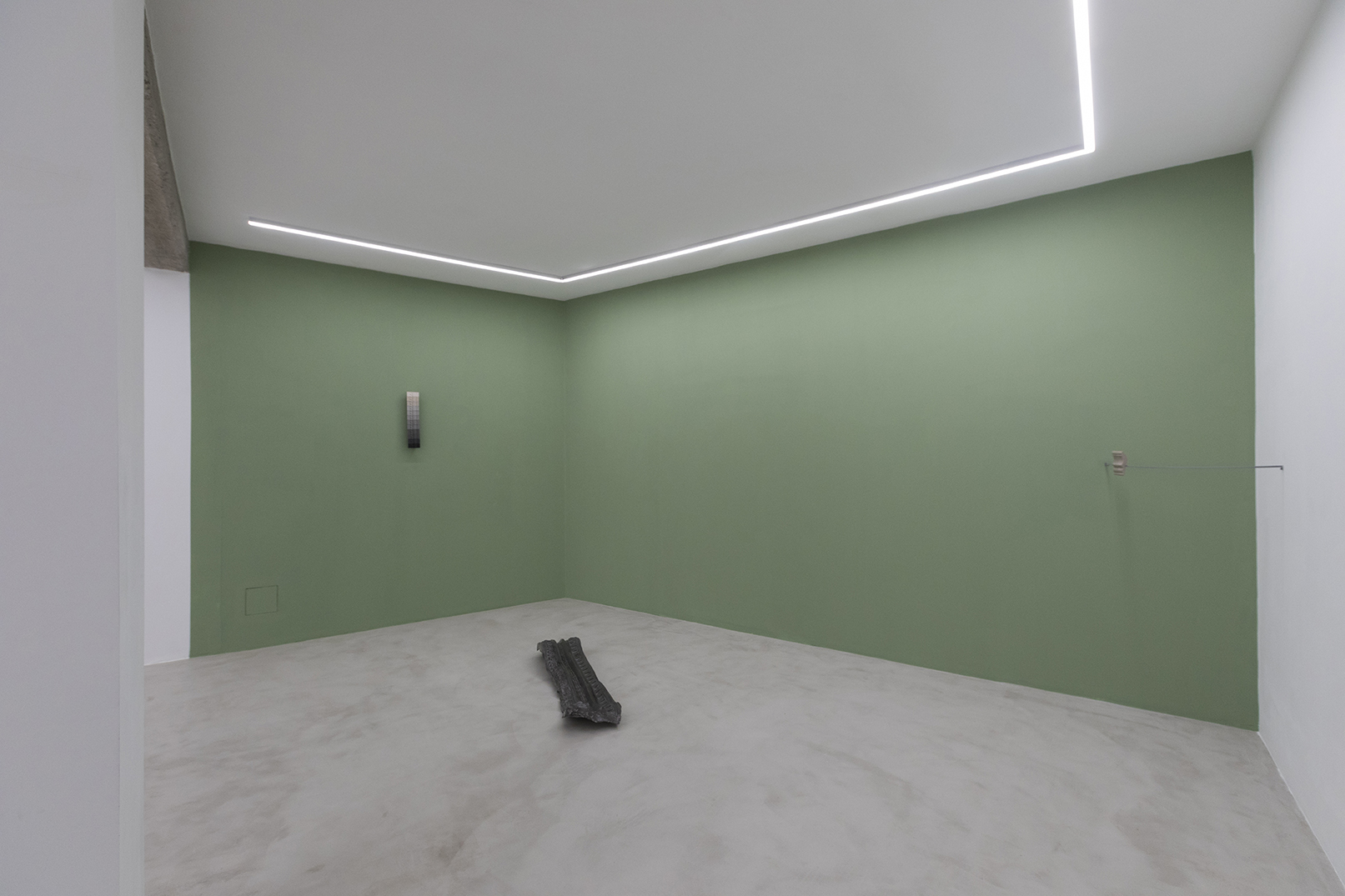 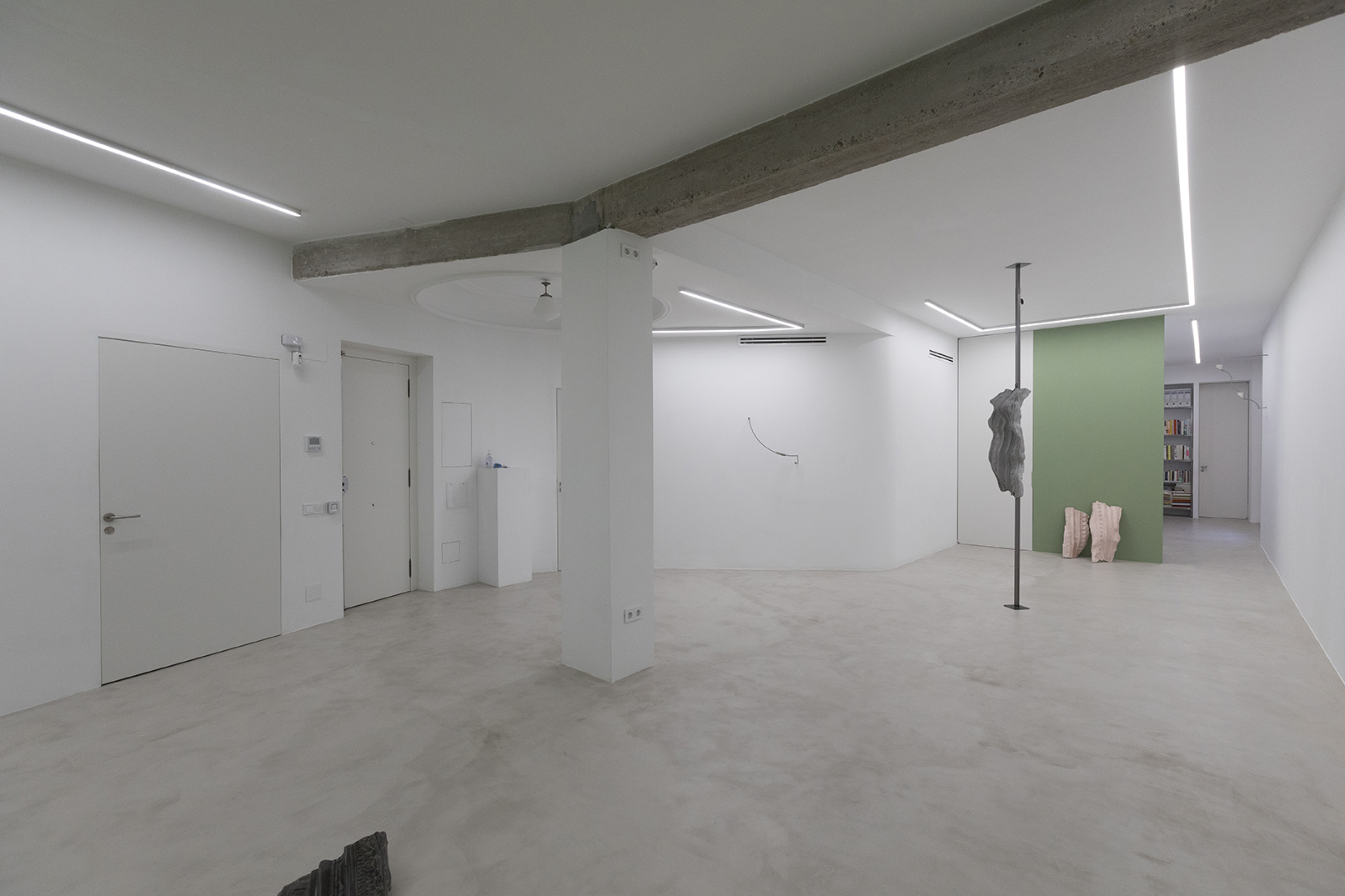 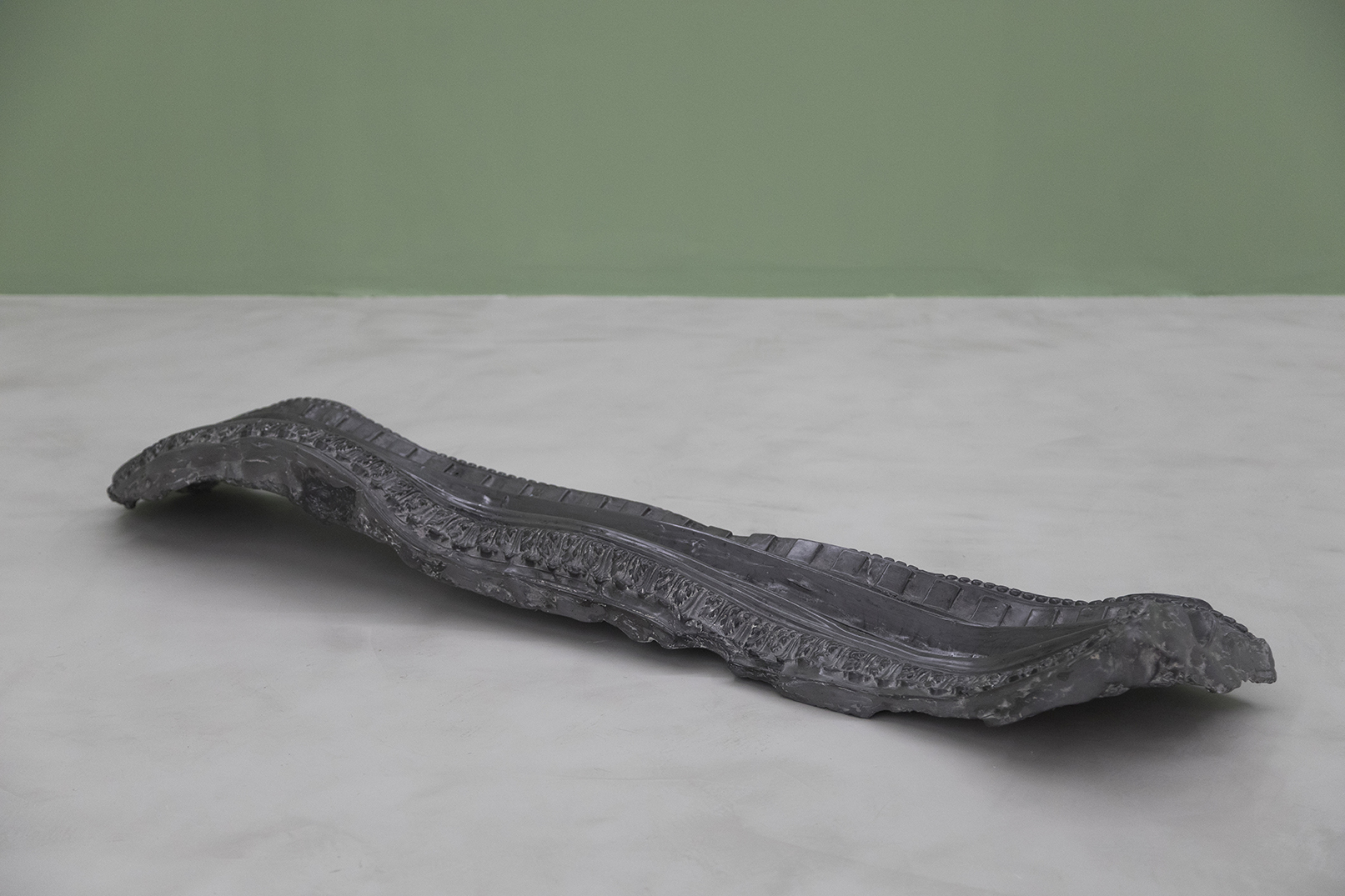 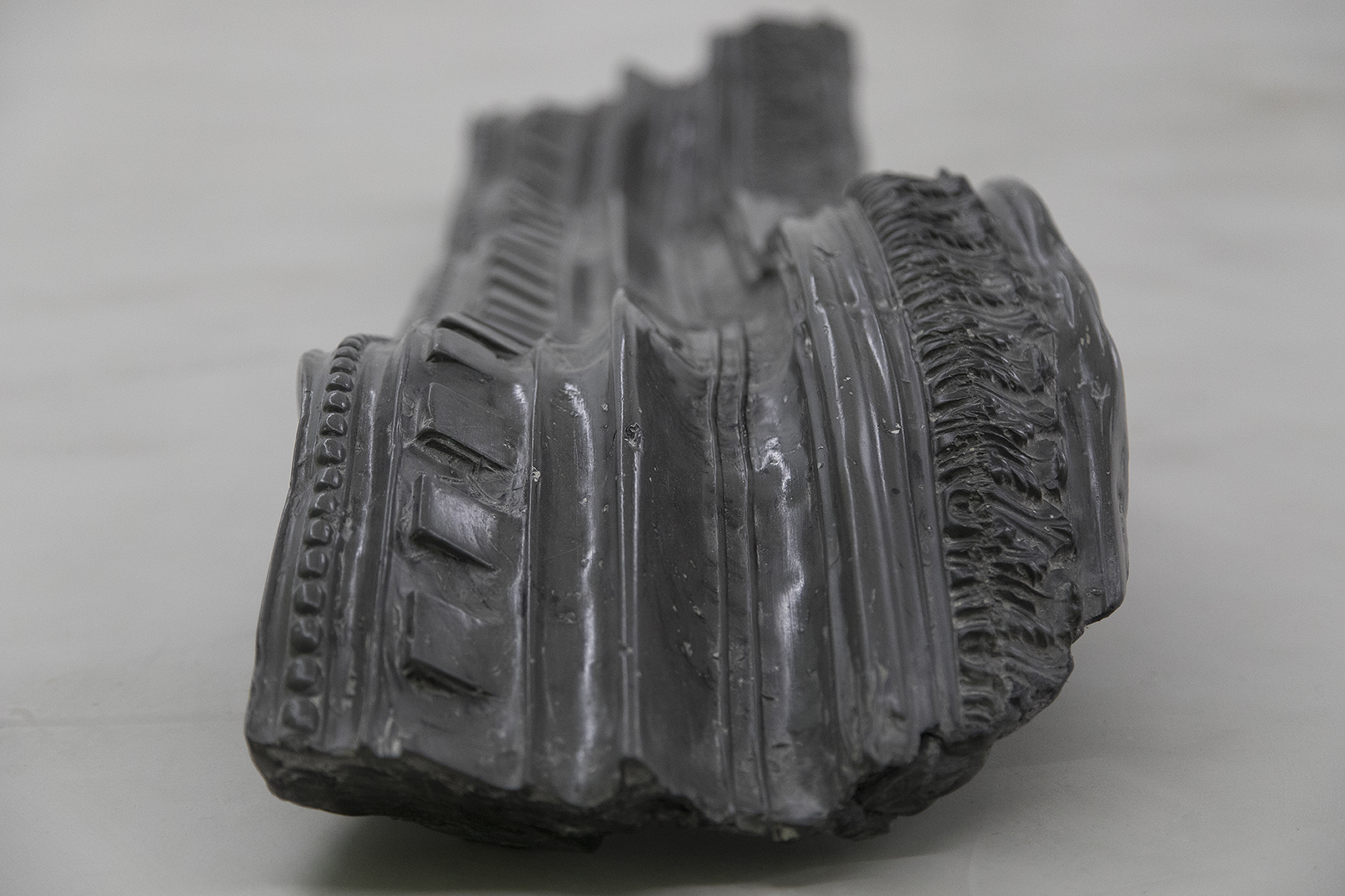 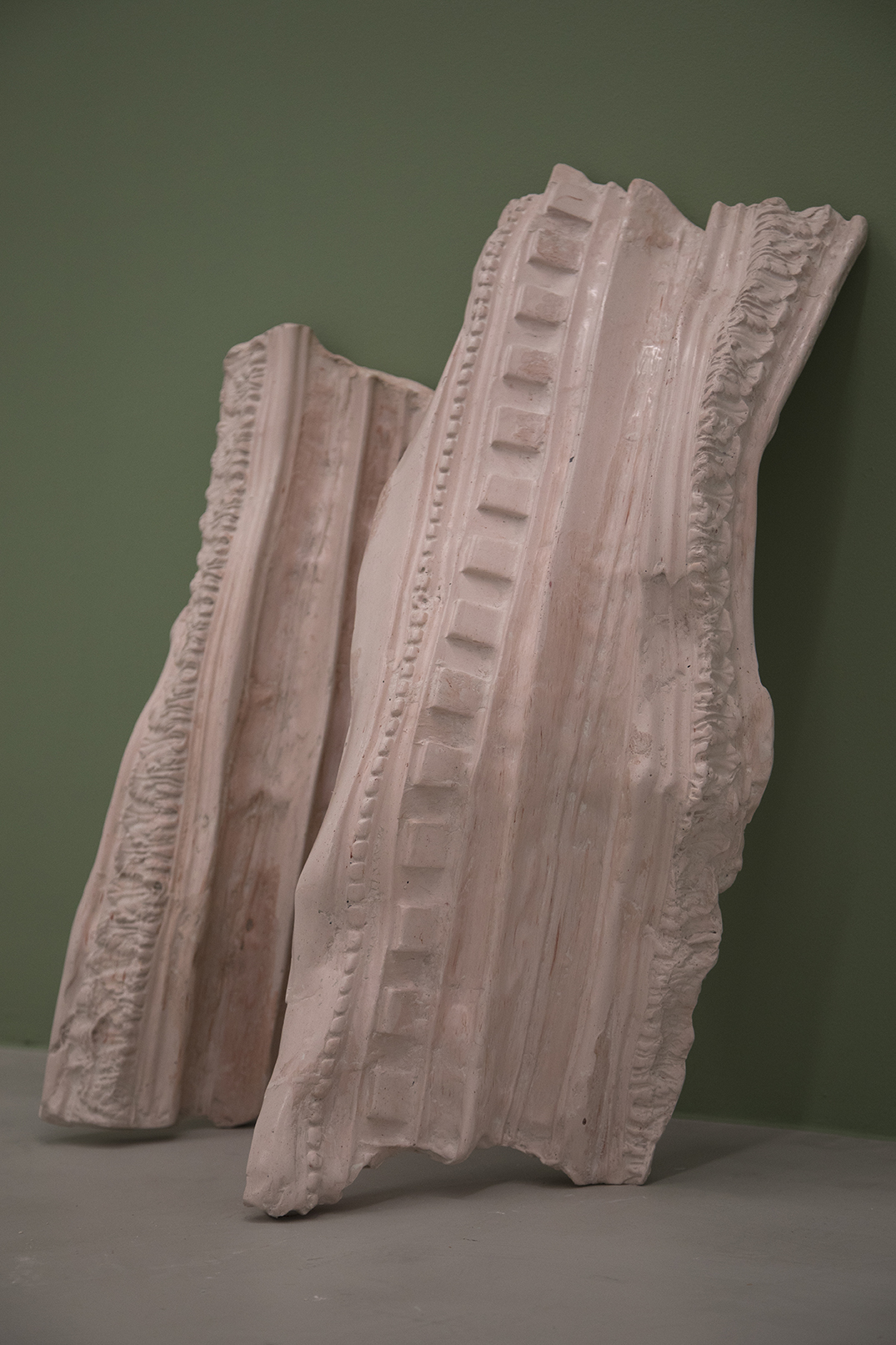 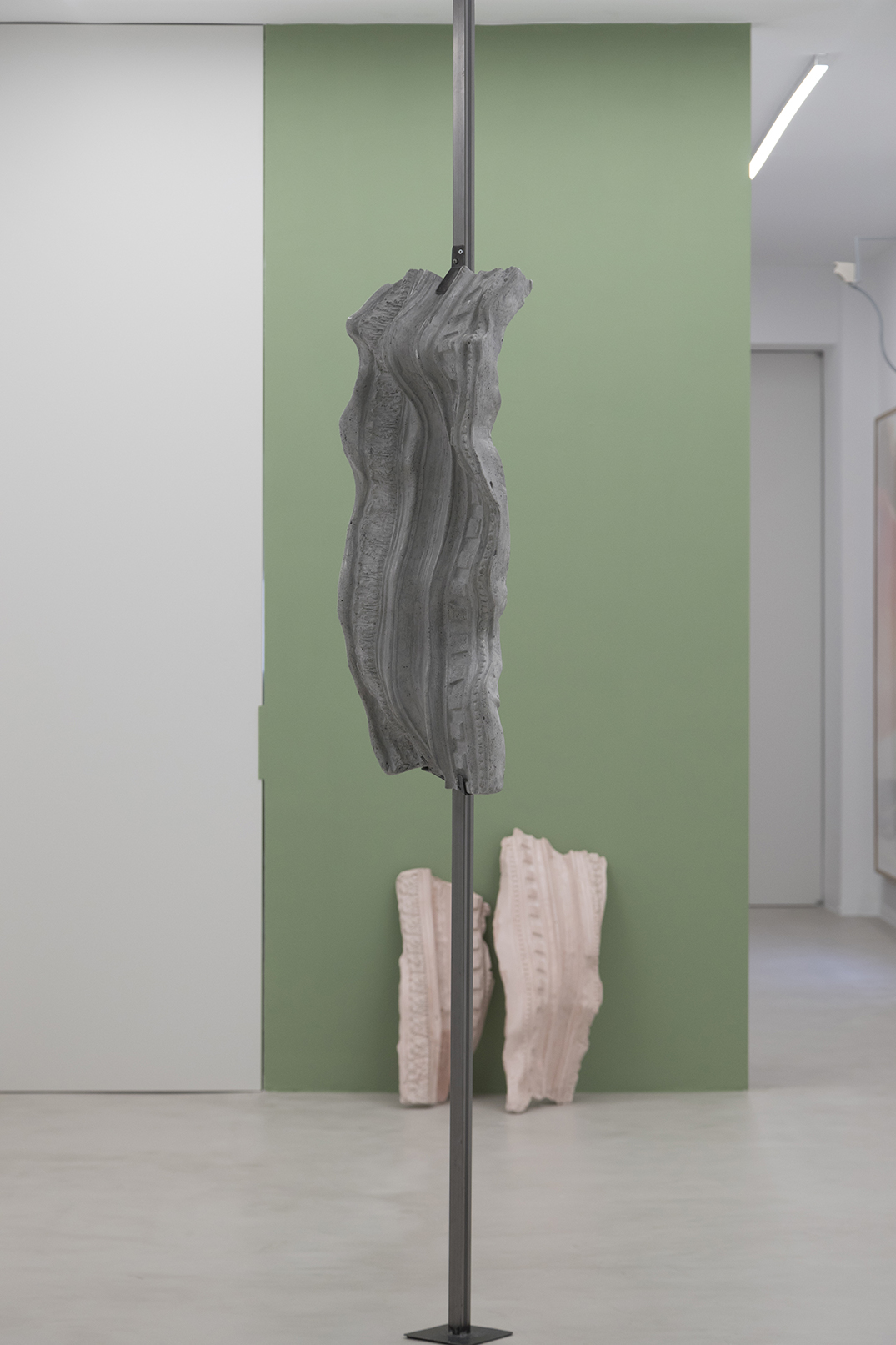 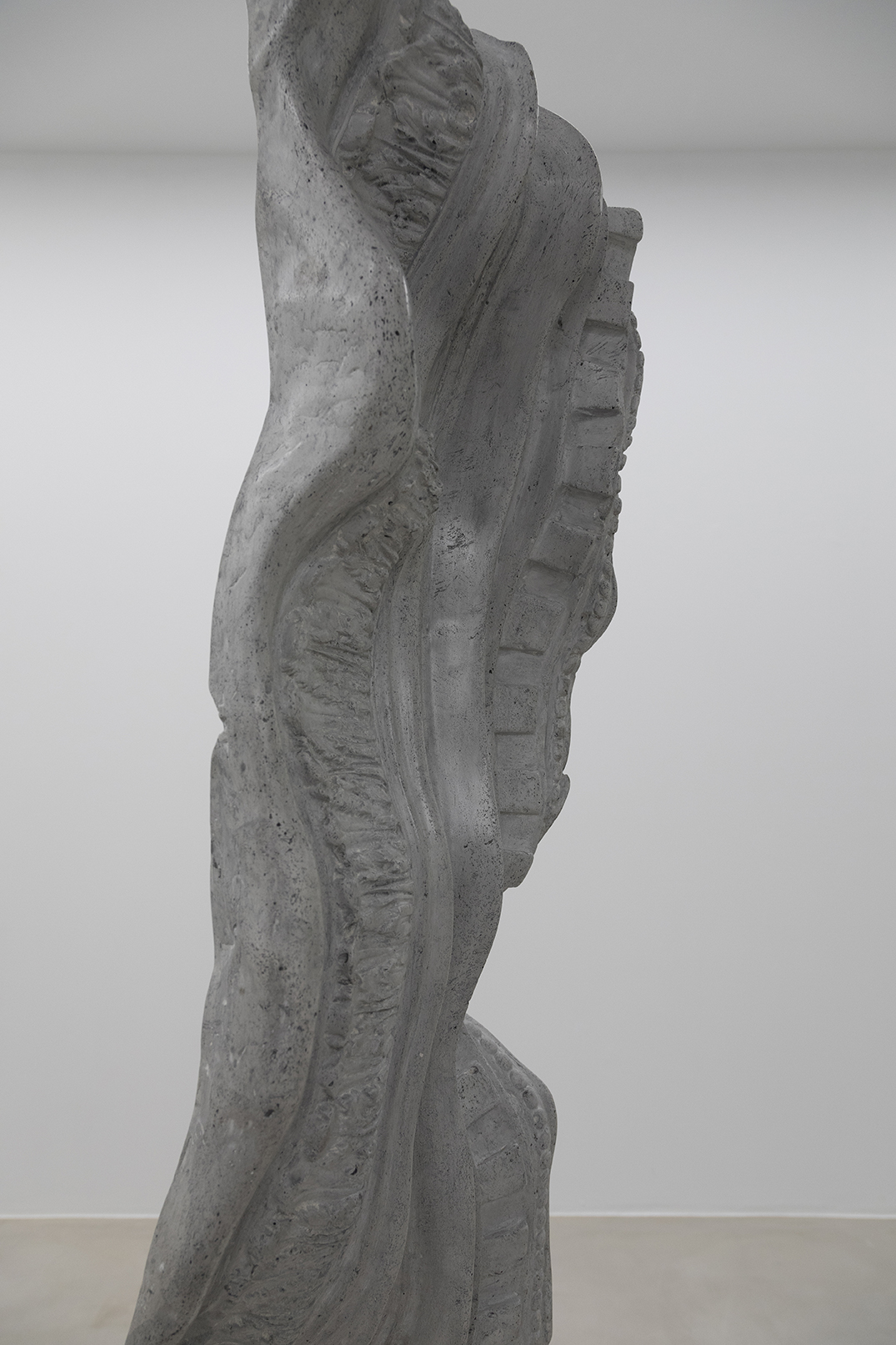 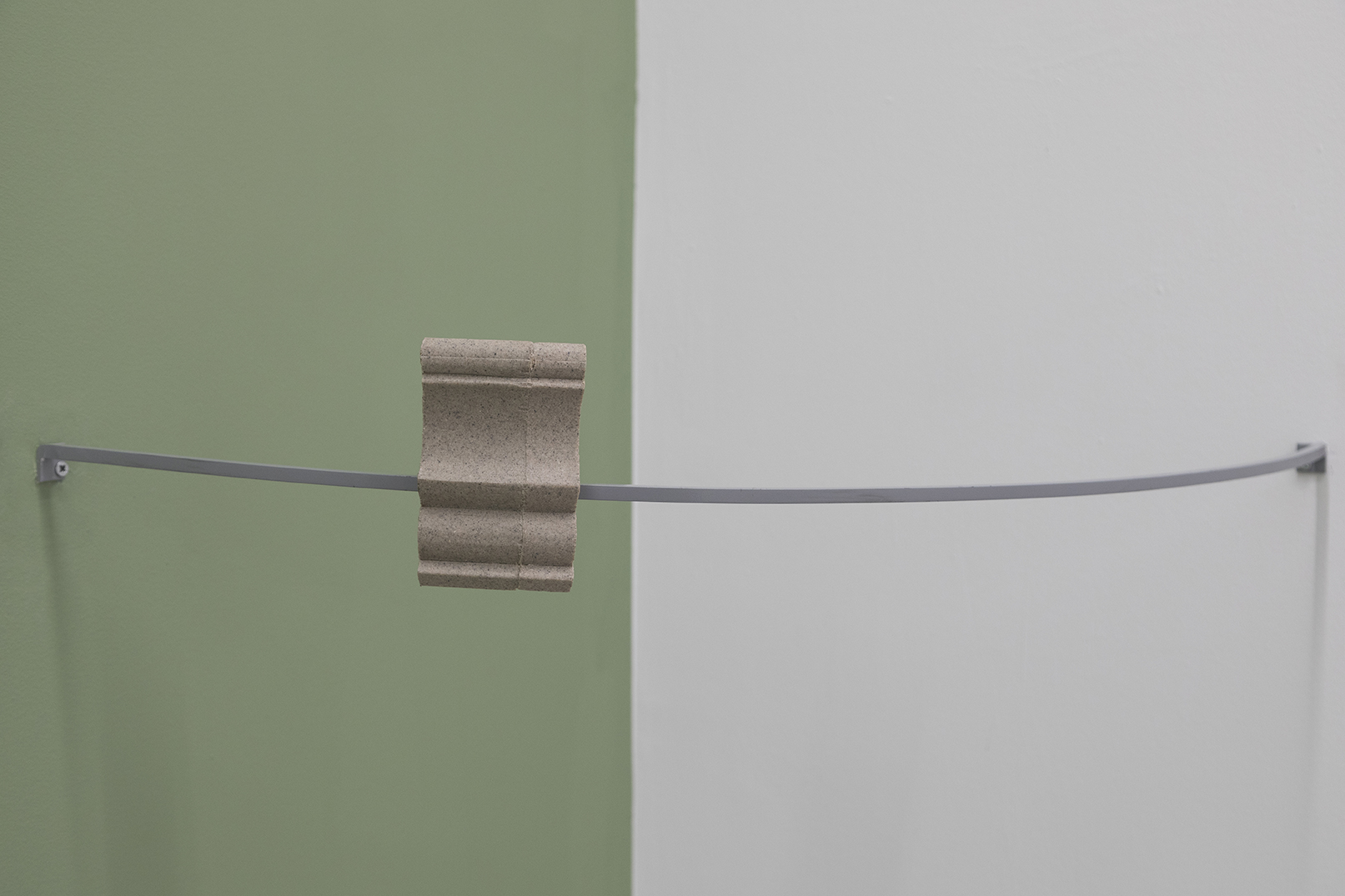 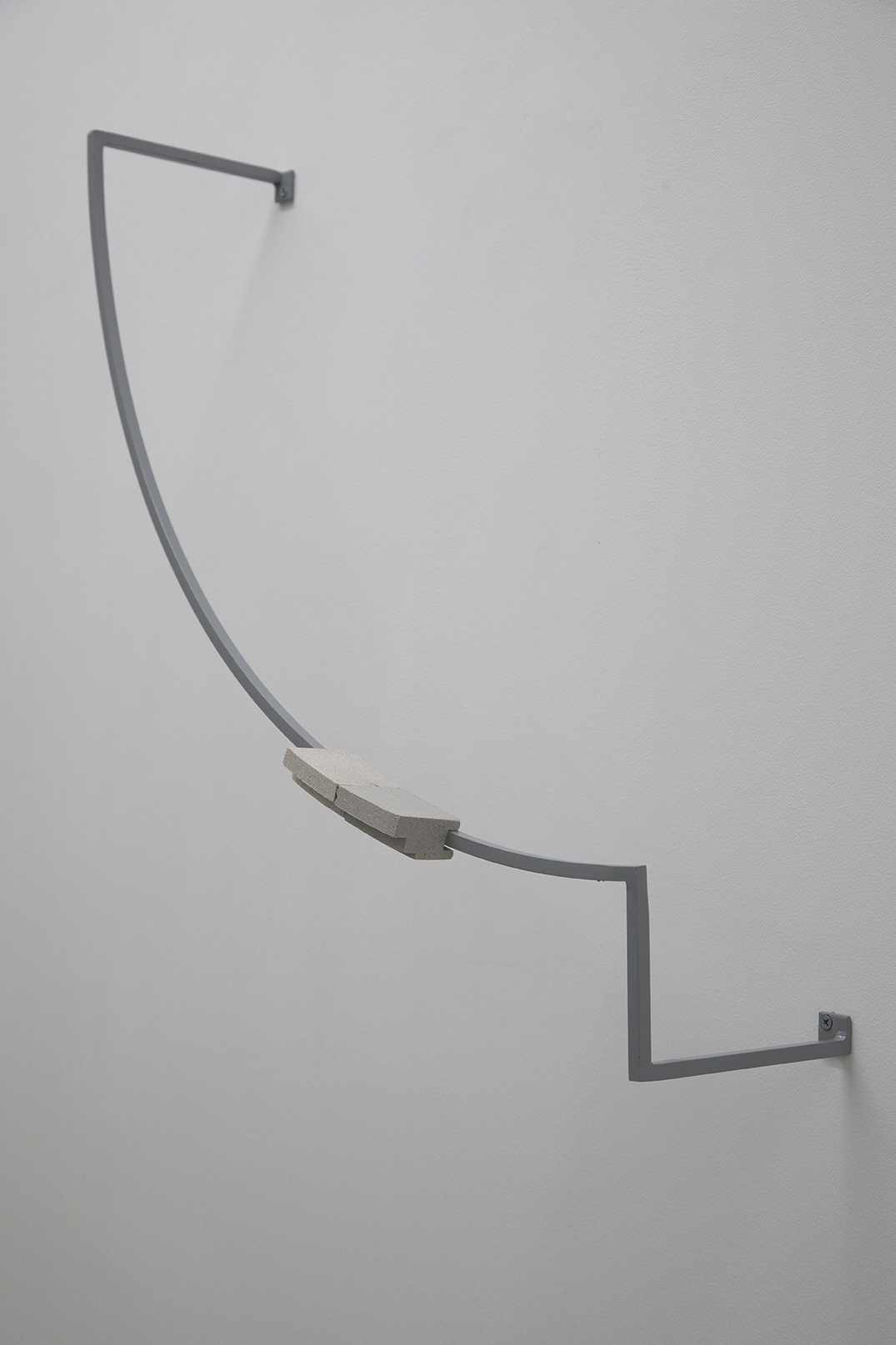 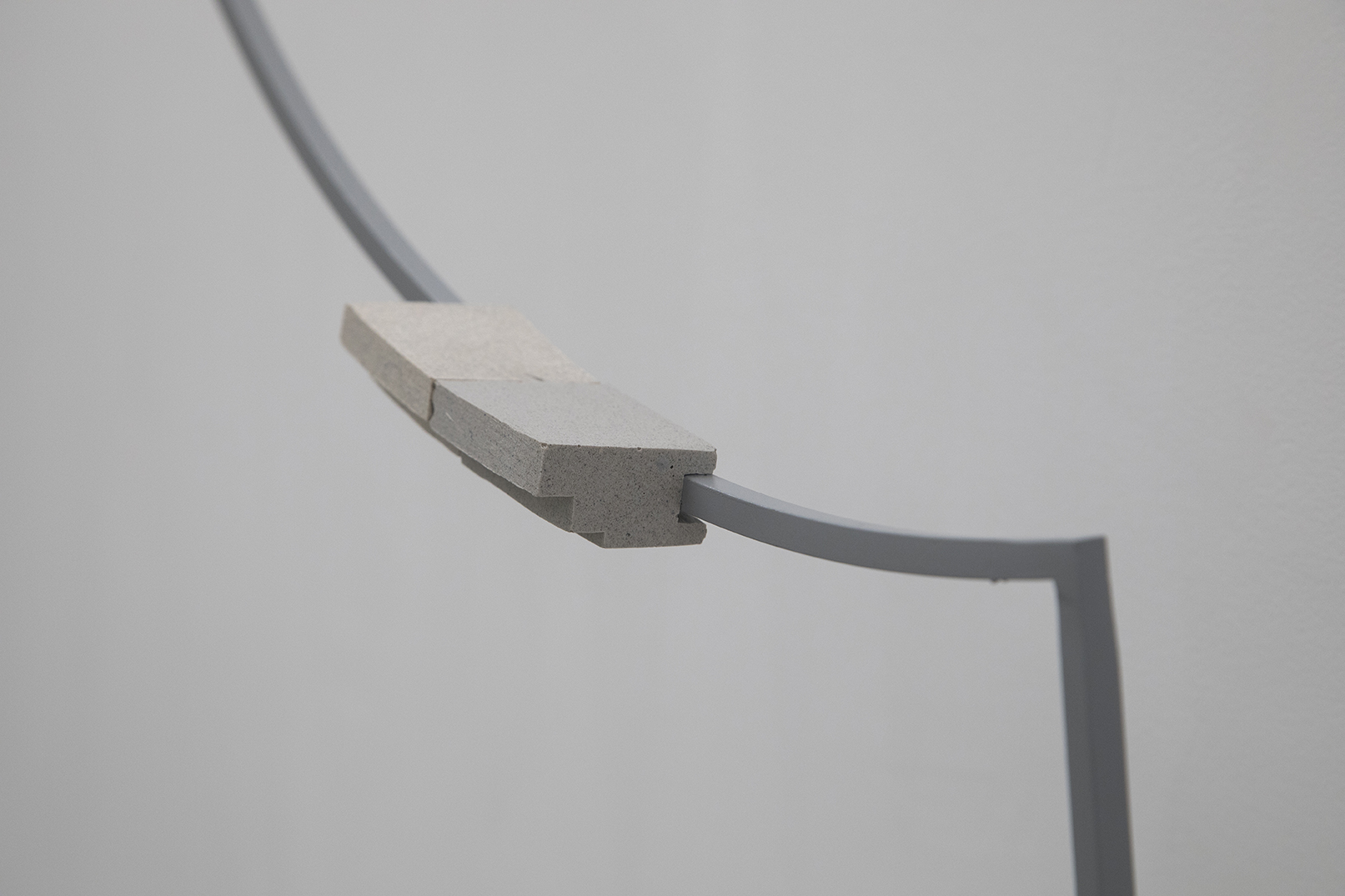 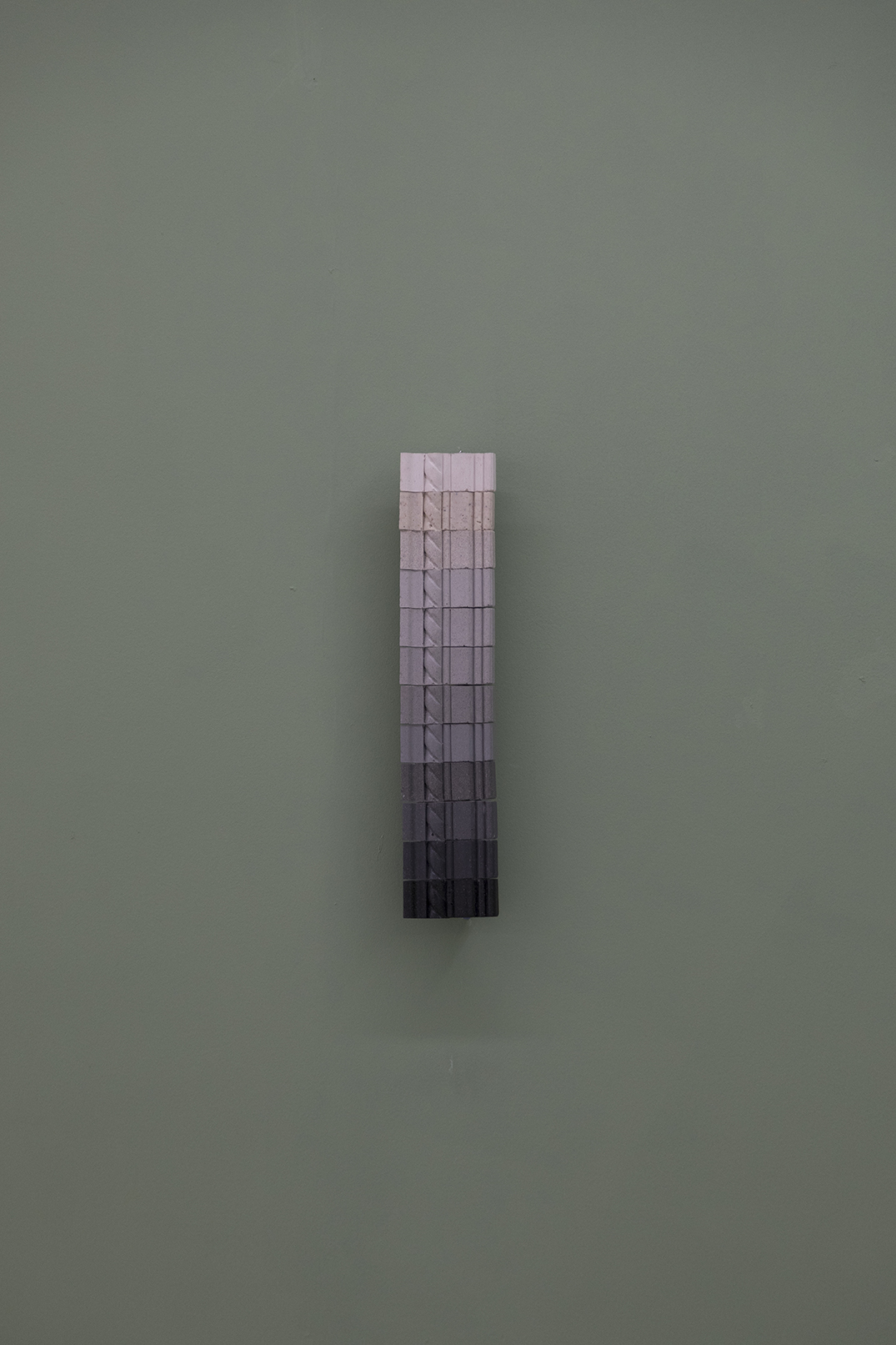 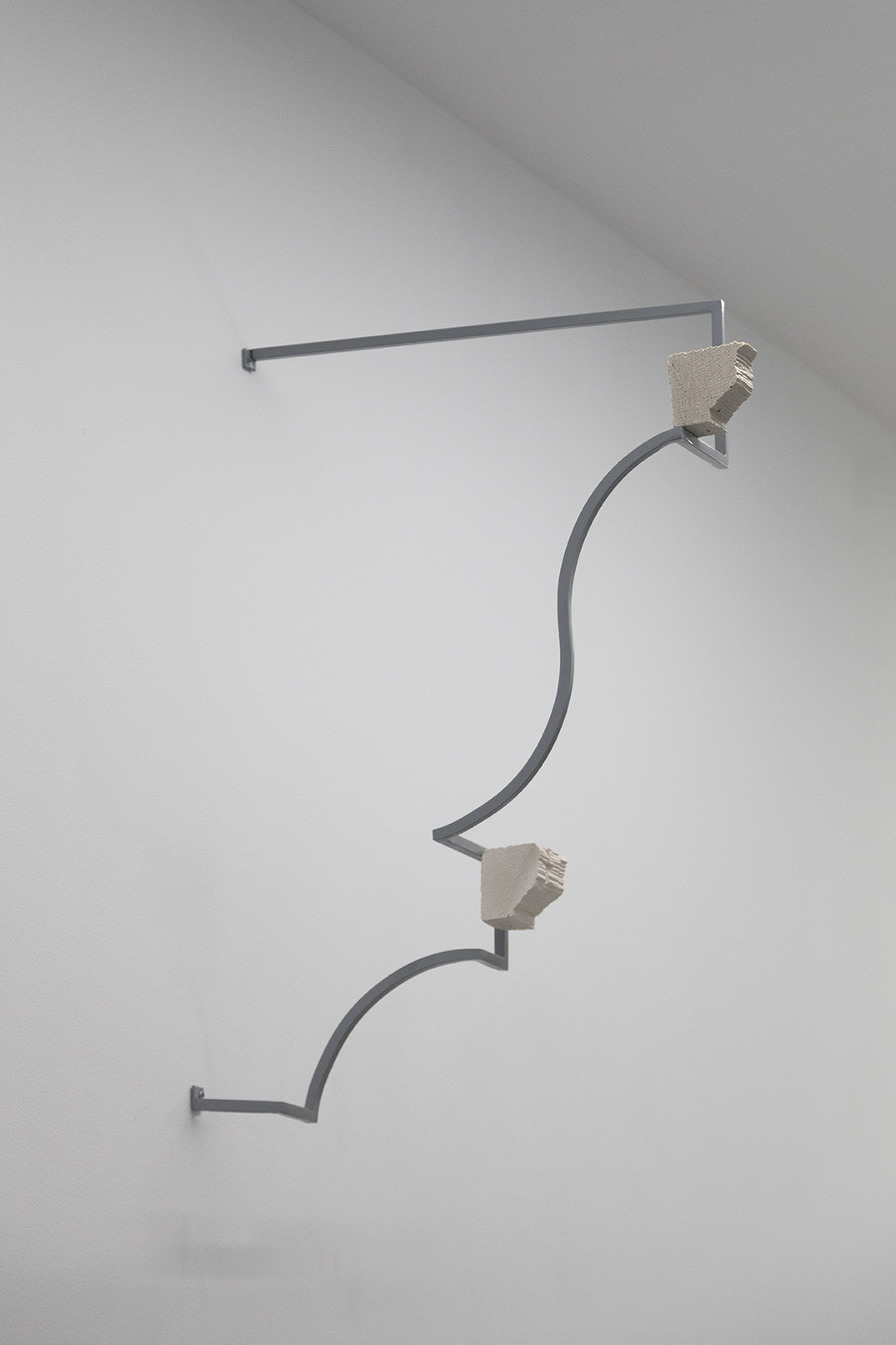 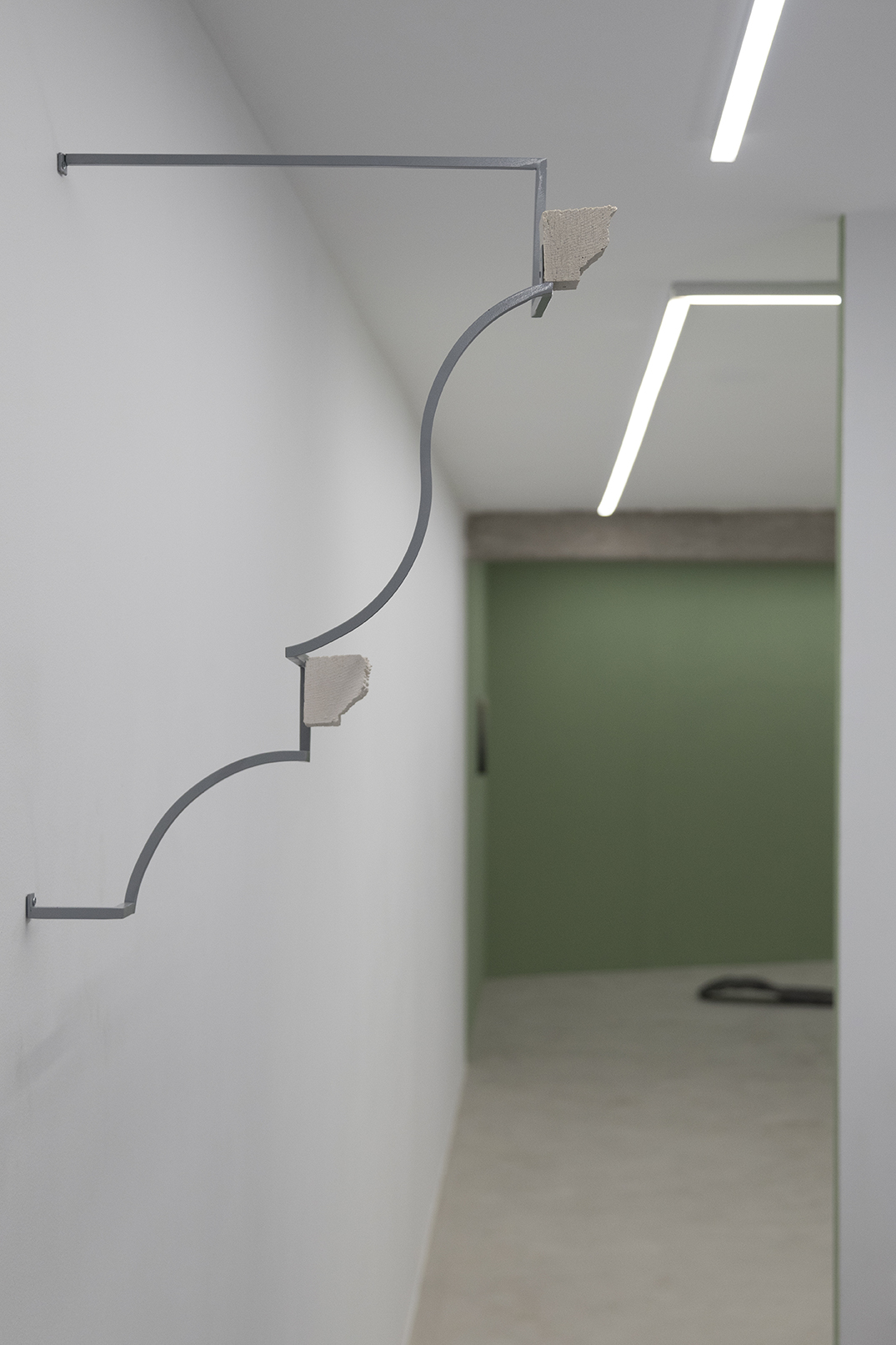 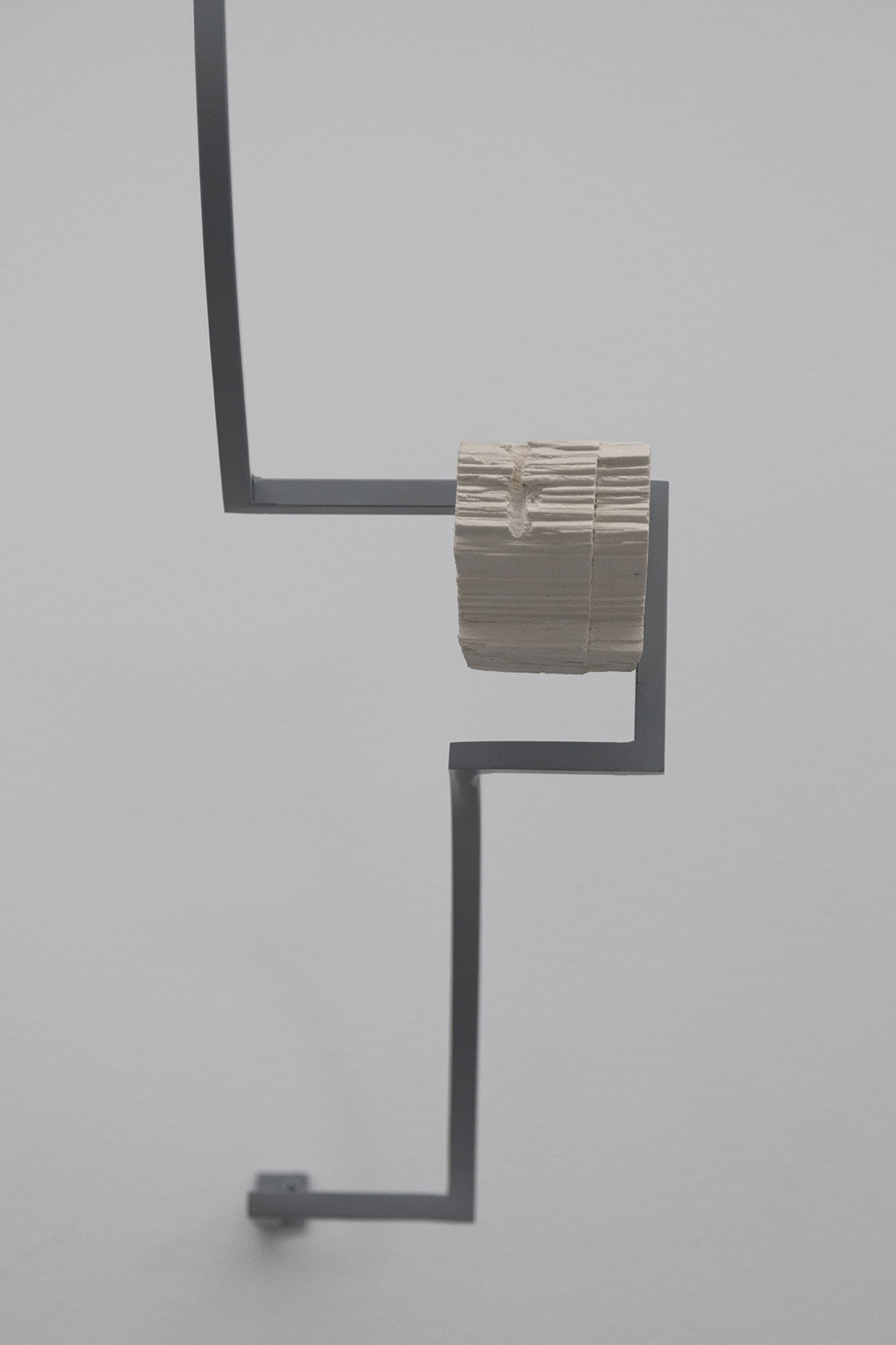 Ornaments and Organs
There is a close relationship between art and the space in which it is exhibited, that reminds us of the placing of objects on a flat surface, or also may evoke the passing touch of bodies, or the measured distance between bones and organs. The position of certain objects and the ubiquitous prescience of the observer live together in the same space and time, demanding, in the same measure, the flicker of an eyelash and stony coldness. Implacable expiration and unsupportable eternity. Art aspires to this precarious balance through a symbolic interplay that, however, constructs reality and generates indelible effects on the life of those who produce it and in those who closely observe it.
In these pieces by Antonio Fernández Alvira this succession of complimentary opposites takes place and shape. On doing so, the resulting incarnation is something more than the sum of its parts. Ornamental architectural mouldings have been deformed and softened, looking like slabs of meat, or ancient elements of an architectural body combining both intentions: to endure time as a ruin and pulse like a living body. In some cases, into these fragments iron bars are inserted, enabling to a greater extent the metaphor that interprets them as isolated parts, ripped from a greater whole.
In the works that make up Elements for a Discourse, created principally between 2018 and 2019, iron rods seem to outline architectural elements of disappeared buildings, of which only a few fragments remain. These are inserted here and there along the rods, giving hints of an earlier construction, maybe fictitious, but concrete and palpable, where once again some parts hope to emulate the whole which they imply. The randomness with which they are placed reminds us of that of historical museums, where just a few found pieces – those on display – give clues to an extension which is assumed and accepted. In this series also there is a larger work displayed on metal shelves, making up a storeroom of capitals of different sizes, styles and colours. Nothing is left of the columns themselves that these would have crowned. The spectrum of colours from light white to dark grey leave subtleties which can be seen and understood as stratified sediments.
Two wall pieces belonging to this generic series are displayed in the Espai Tactel along with a group of works carried out in situ. Both have a similar structure and are made up of small identical pieces that form a vertical moulding. One is made up of ten pieces and the other, having greater ornamental detail, of twelve. In the same way, both series of modules show gradation in their colour; the lighter ones in the upper parts, the darker ones in the lower. Both the vertical arrangement and the colour grading lead us to a clear interpretation: these Elements for a Discourse urge us to delve deeply at specific locations beyond the large scale, broadly superficial, search on the open sea. The dominant discourses are those that come from the contemplation of the inside and the outside, both directions being credible: to enter into complexity to find answers, or emerge from the dark to find light, illumination.
Prior to these pieces, architecture was displayed to scale, in model buildings which were always damaged, somehow abandoned or left to die due to lack of being lived in. The diverse readings of these complex works point us towards a certain nostalgia for a place of protection, of shelter as in the old days: basic dwelling and, however, with palatial aspirations. In any case, most of the works of F. Alvira are based, in some cases literally, on the search for and the build up of the remains of a shipwreck. Always valuable traces, though never enough, of our path through history. The pieces presented here, insubstantial and skewered, or insubstantial and left on the ground or resting between the ground and the lower part of the wall, find differentiating meaning in colour. Two of them, the dark ones, display the stronger grey tone employed at other moments. The others are rose coloured, more fleshy. Between both these chromatic meanings, once again complimentary opposites, the artist talks, expresses himself and feels. The real discourse in the one that never ends, that keep being an open spring, full of water and charged with dreams.
Álvaro de los Ángeles.
Critic, editor and independent curator.