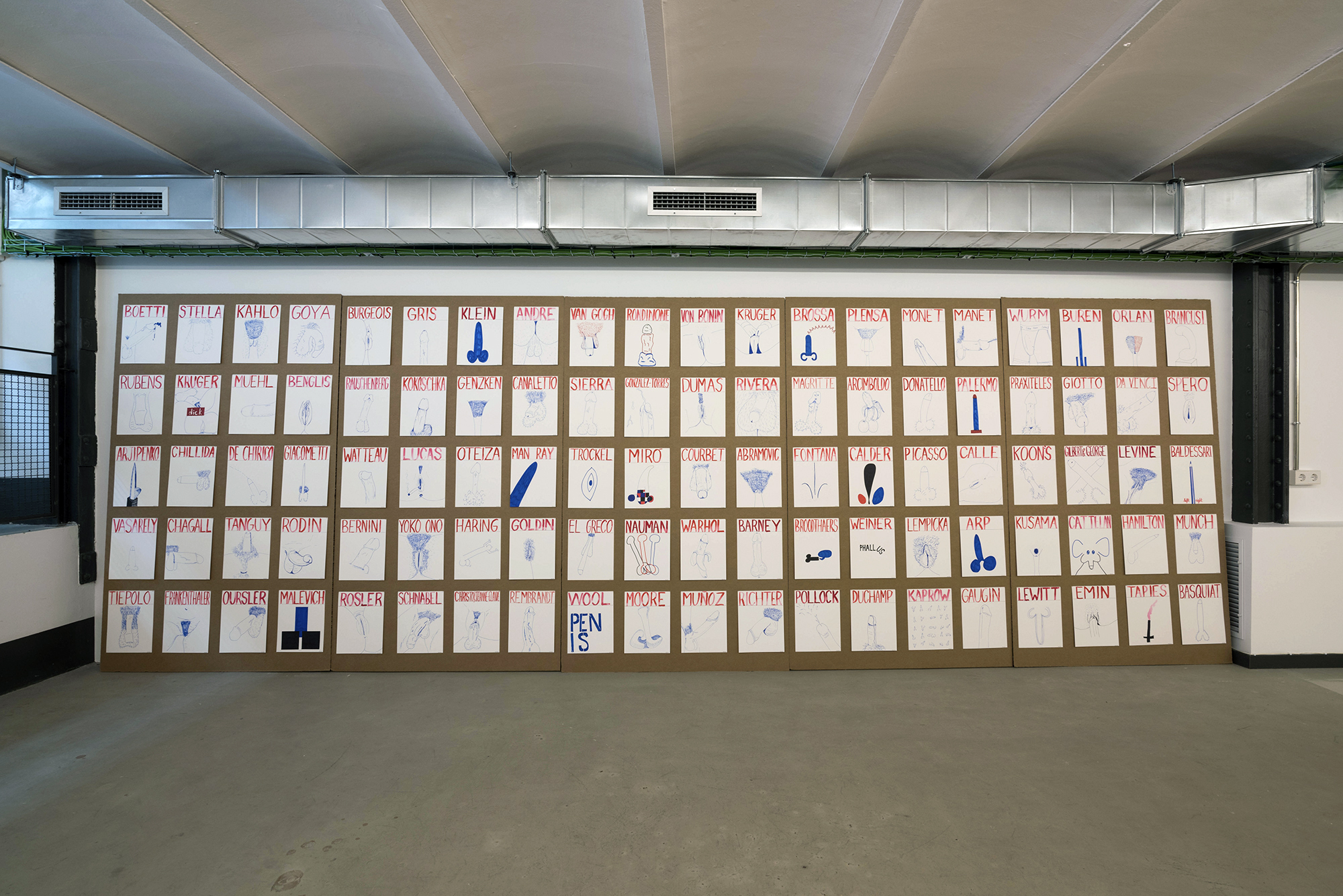 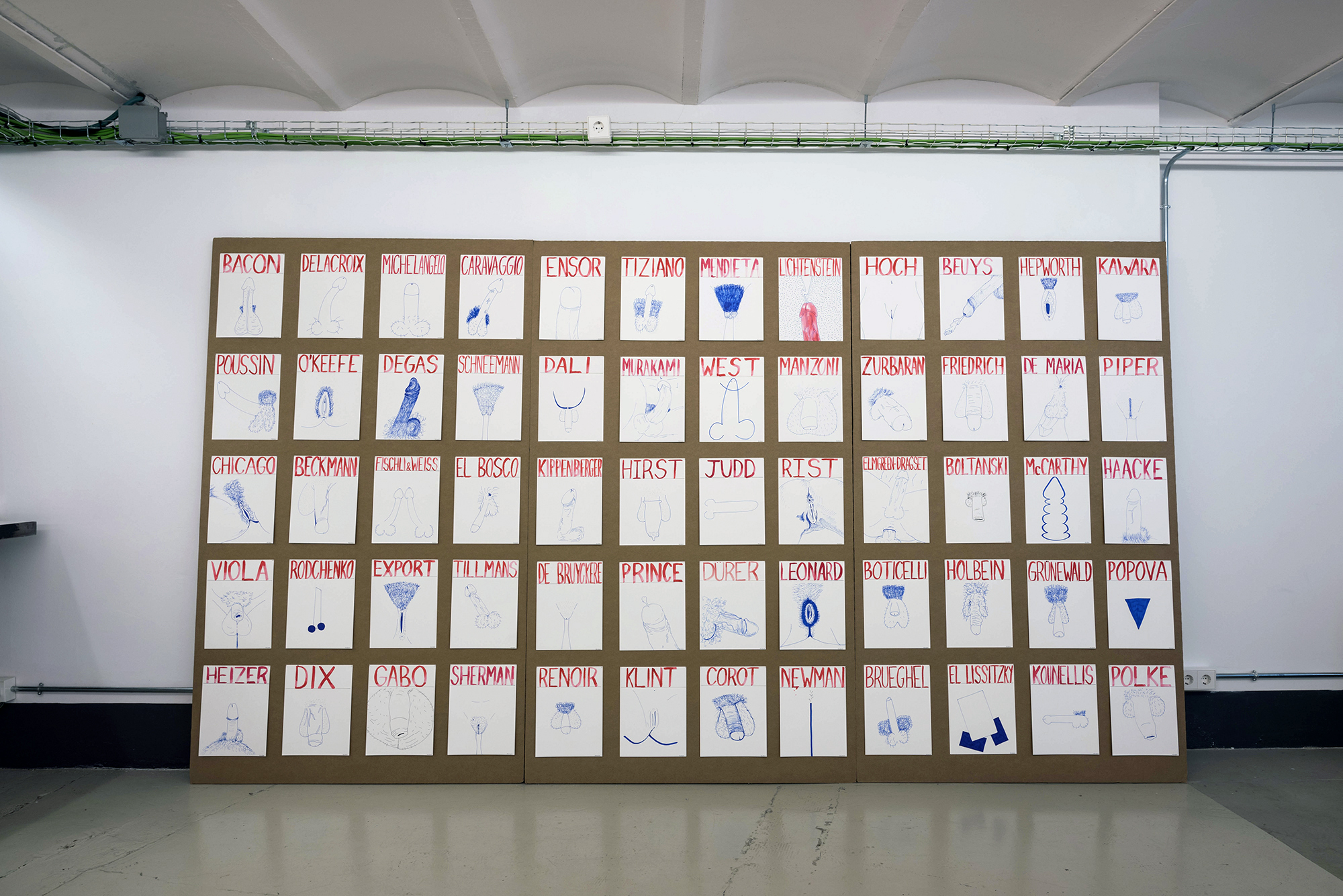 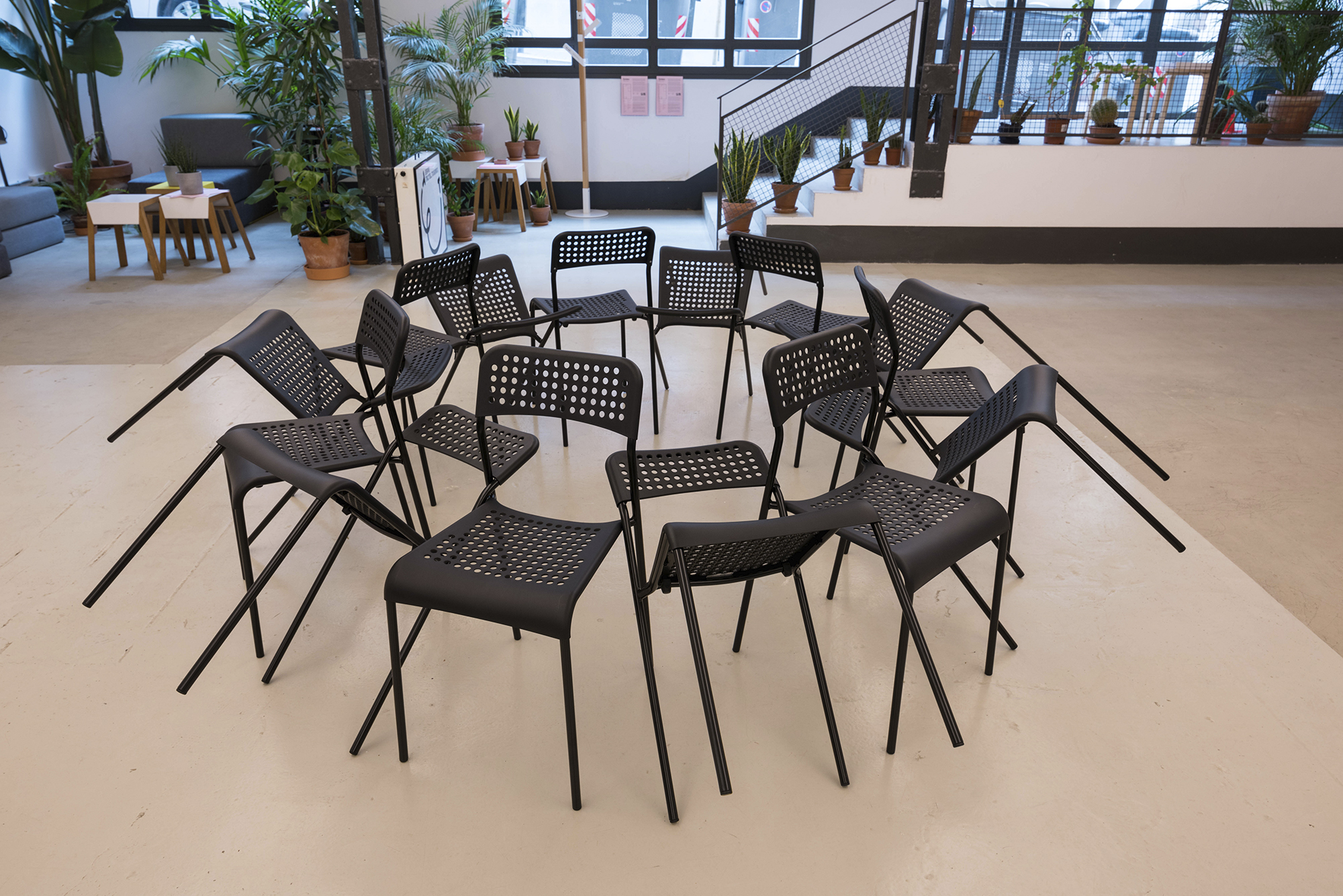 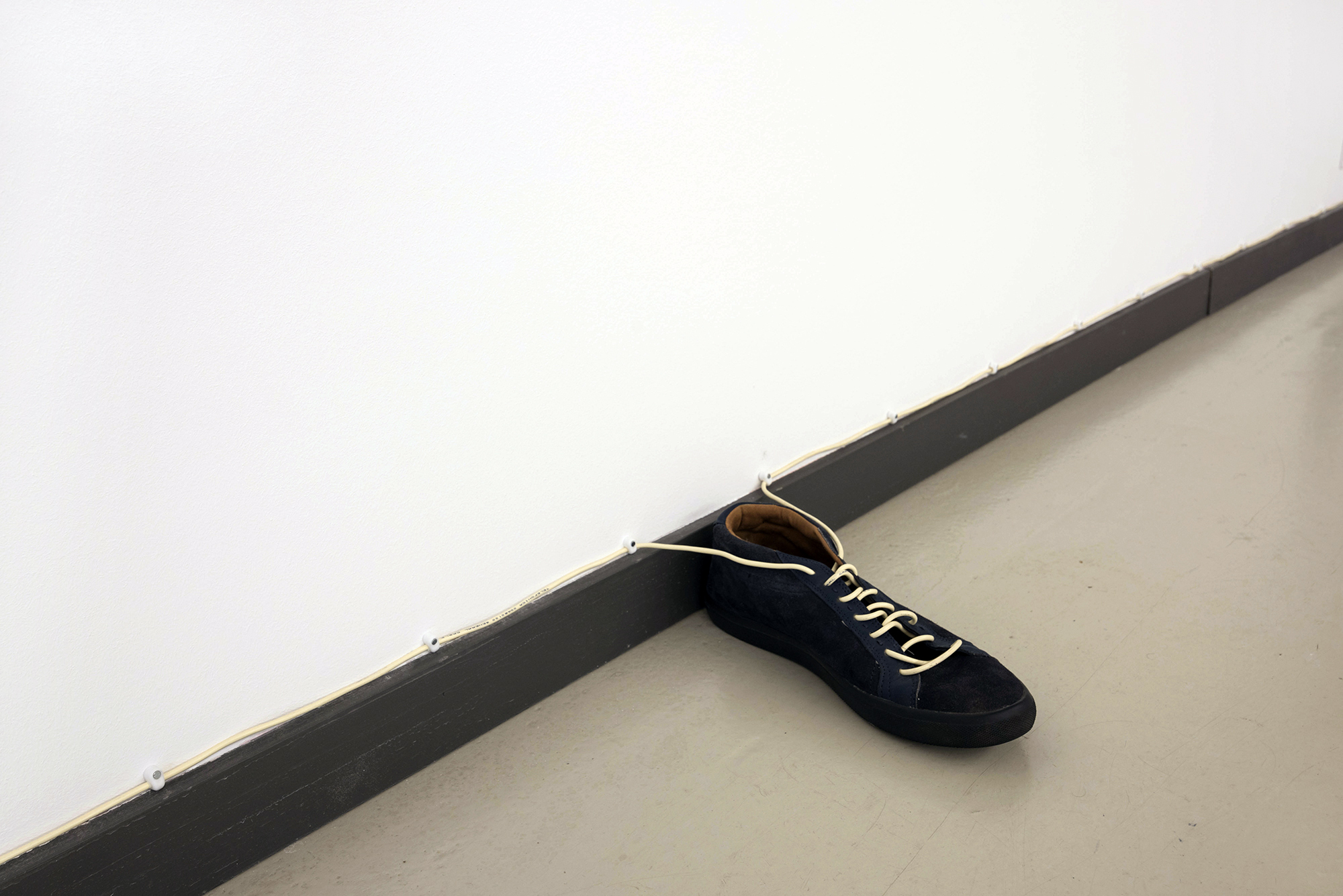 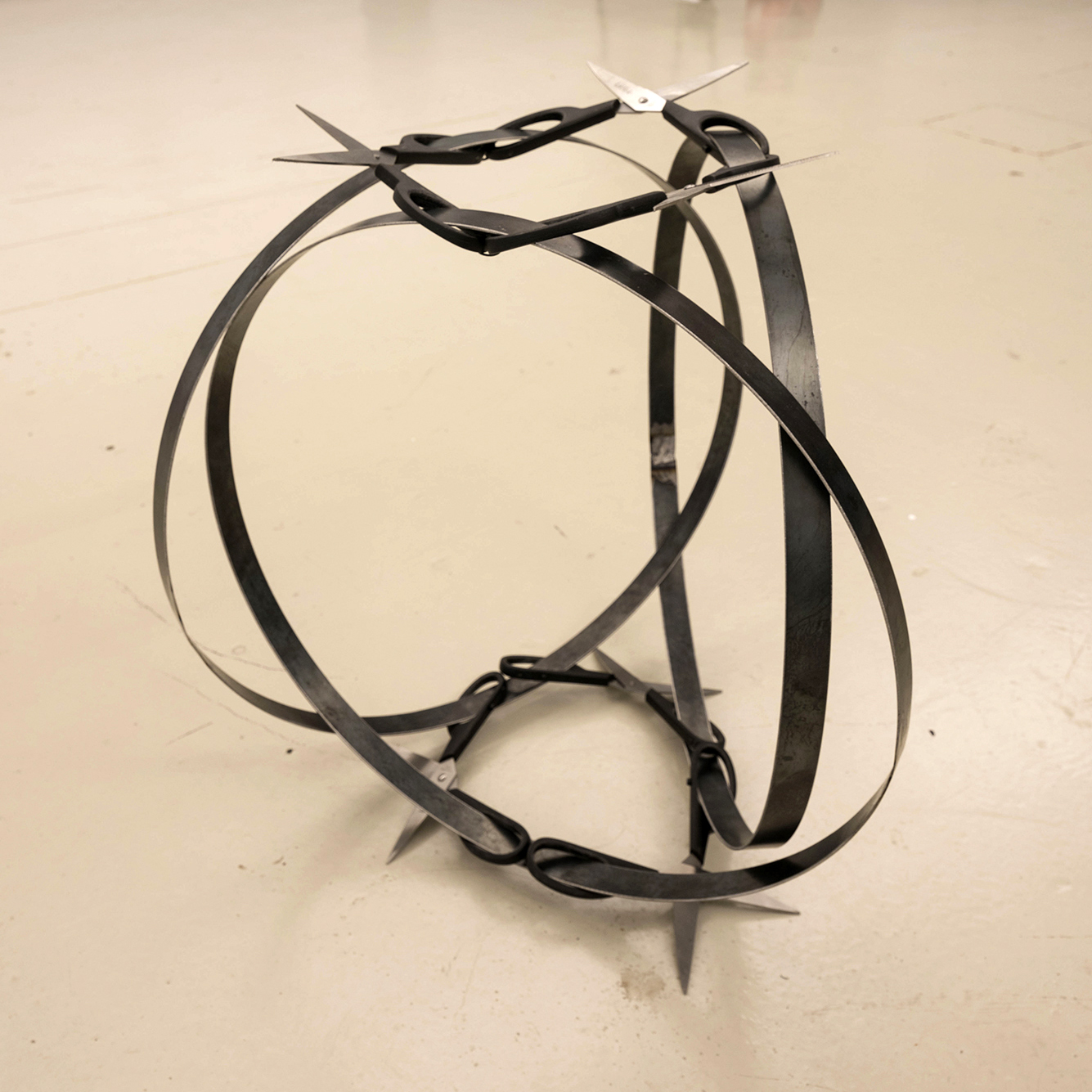 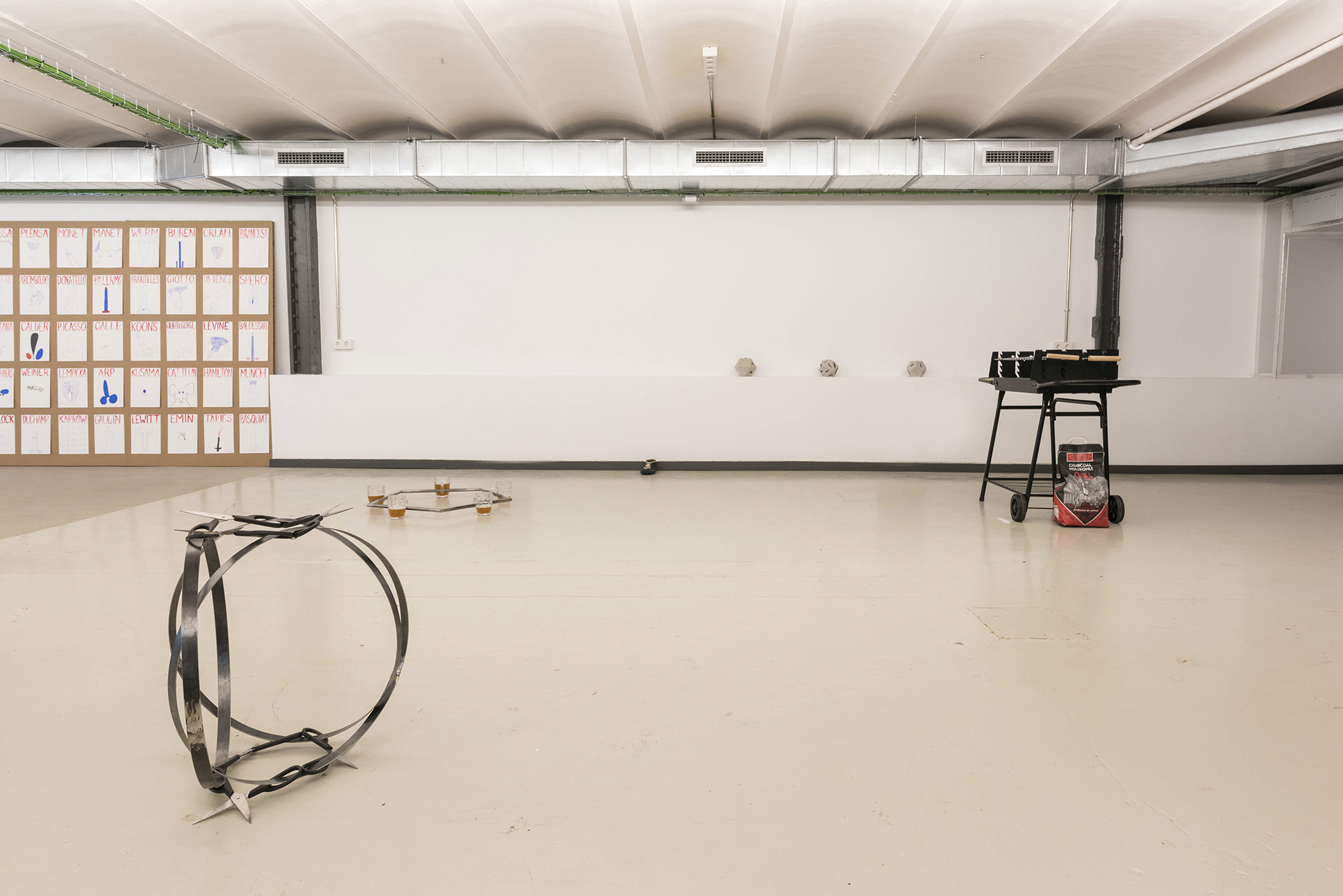 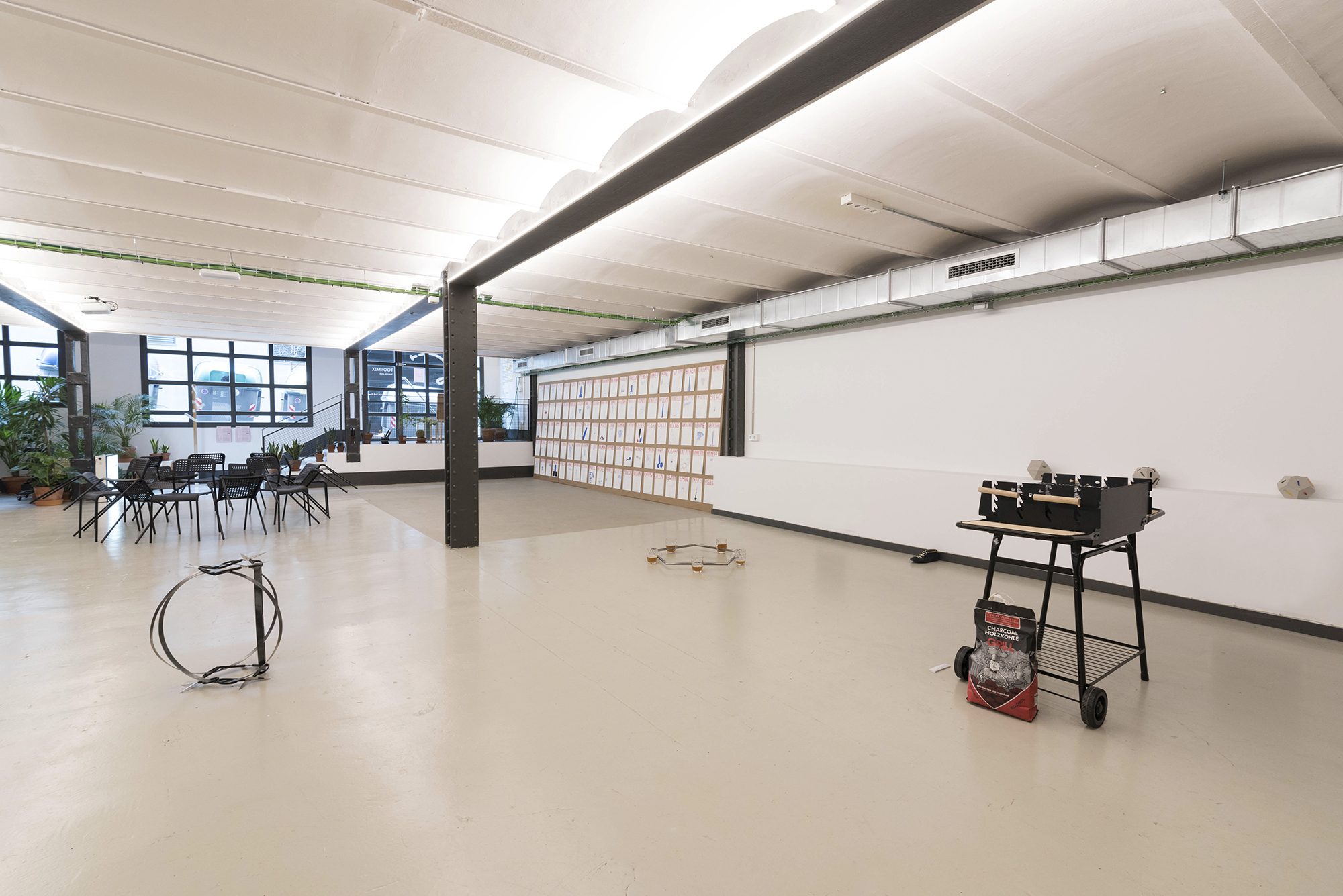 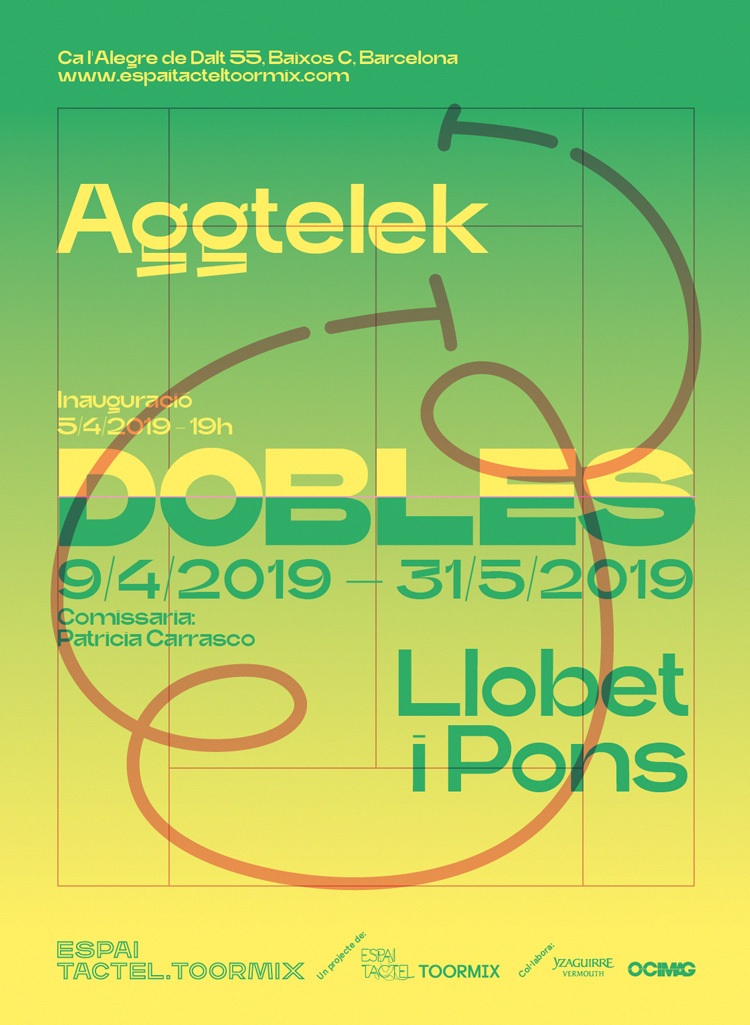 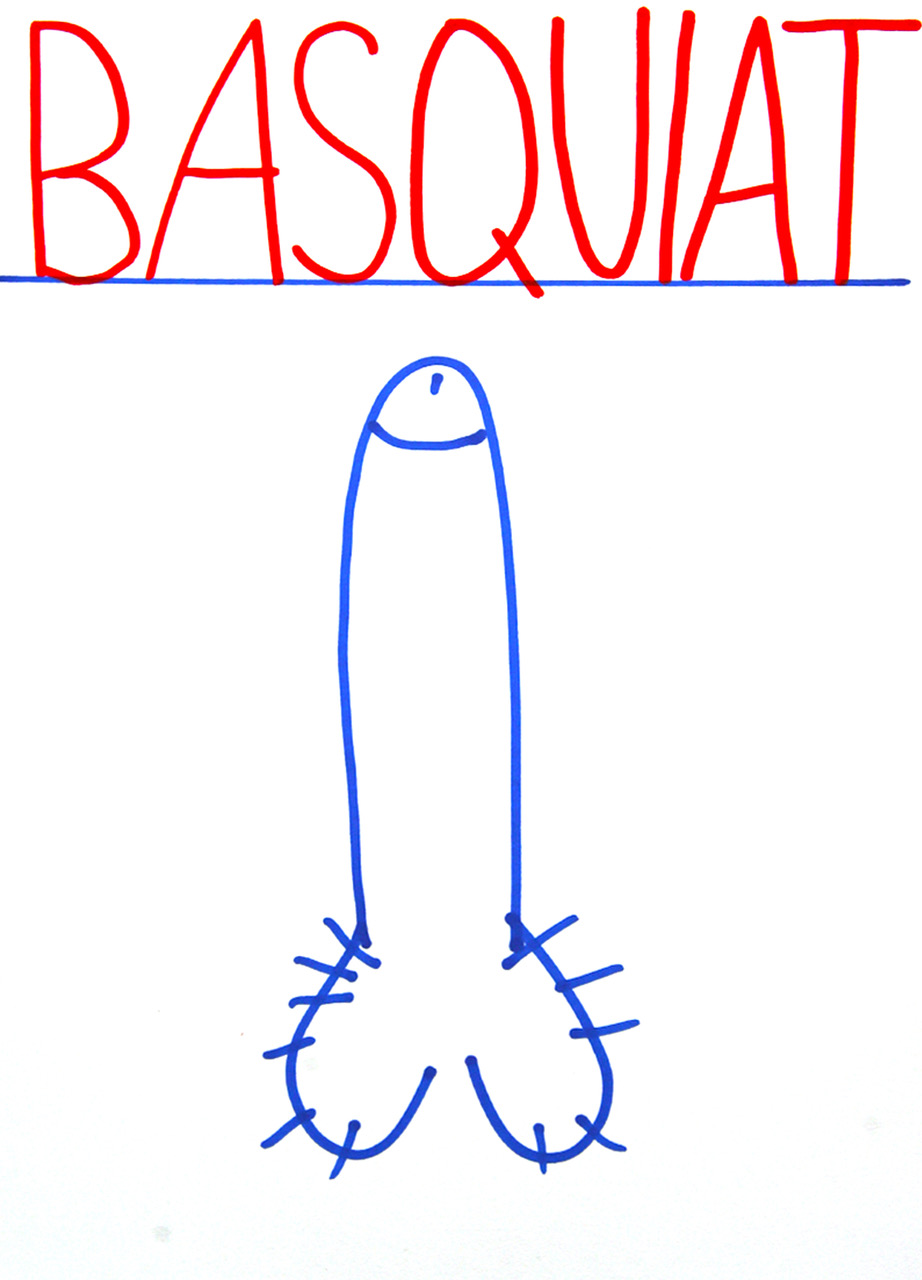 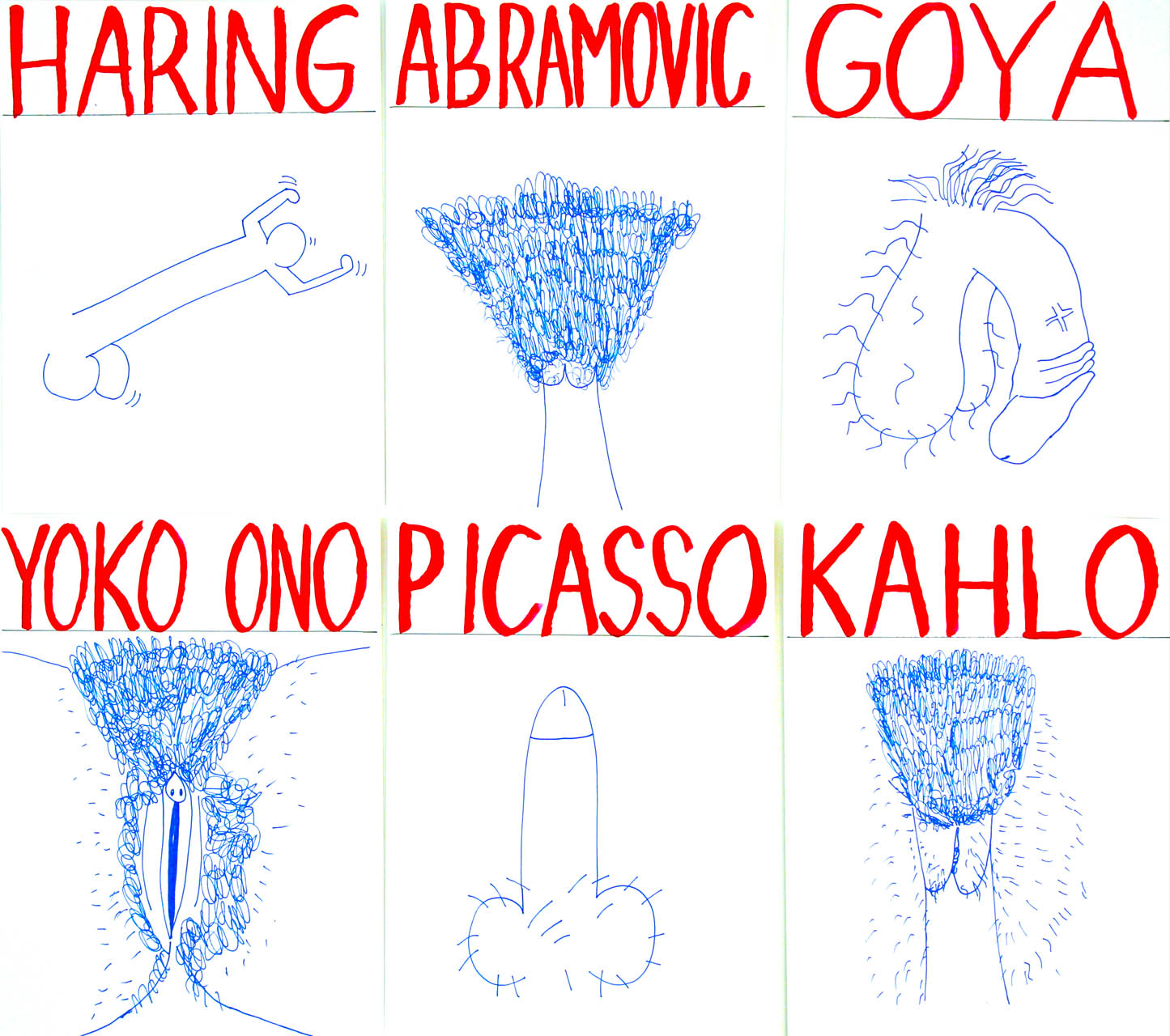 Sometimes the literal nature of a title is able to offer a discursive intensity which, maybe, another type of style of statement – what me might call more sophisticated – might not achieve. Said in another way, sometimes description and objectivity permit a much higher level of expectation and reflexion than conceptual pretention in the use of language. Dobles, the exhibition-dialogue between Aggtelek and Llobet i Pons for Espai Tactel Toormix may be one of these cases.
Firstly, “dobles” refers us to one of those individual sports – tennis, ping-pong... – which maintains a modality in pairs. In such a situation, two people play, or better compete, with another two people. So this means that it is a set-up of four players, which, in fact, has great similarity with what is now happening in our exhibition space Tactel. In the room we find ourselves before a match which involves two couples of artists who have decided to work together, and so have a nominal presence to defend the pair before the individual: Aggtelek (Xandro Vallès and Gema Perales) and LLobet i Pons (Jasmina llobet and LLuis Ferández Pons).
Without complicating life, but attuning themselves in shared working methods, the title of the selection goes with the artistic pairing through two proposals which relates to the greatest affinity which unites these four artists: the playful nature of the artistic practice and its capacity to activate, put under tension and bring to a crisis our relationship with art. Thus, the game – and as such the shared experience according to a series of complicities – plays an important role in Dobles. On one hand, it reveals the flexibility of their research and formalization methods; while on the other, it brings out the desire to connect with daily life, which voluntarily moves away from any cryptic formulas. Dobles neither praises nor misleads. It simply shows it for what it is: a series of drawings (Aggeelek) and a series of objects (Llobet i Pons) placed in a space with the intention of connecting – even if with different motives – with the people who visit the exhibition.
In first place, the 300 Aggtelek`s 300 drawings go through the history of art using its main creators; that is, the most prominent and iconic artists in history, but they do this with an unexpected and even paradoxical focus: a close-up of their genitals. In this way, our knowledge of each of them is related to the speculative tradition which they worked in. The masculine or feminine sex of the artist as a possible trigger for their personality, or their work, or their lives. In the end, the accumulation of politically incorrect details which magnify the private sphere, sexuality and the questions of gender to vindicate a free, radical and disobedient approximation when set against the weight of history and the cannon in art. As they say themselves, the message goes from “Picasso is fuck-hot or, better, we don`t give a fuck?”.
On the other hand, Llobet i Pons continue their research around the object through the circle and the connection enmeshed with everyday belongings. An everyday playful poetic where the notion of constructions lends itself to new dysfunctional uses which defend themselves from the point of view of a conscious annulation of their original function. Thus following a chain effect which refers to human action – think for example of the powerful and symbolic gesture of joining our bodies to block someone’s way – Llobet and Pons try out various choreographies derived from the most unimportant of our day-to-day; a performativity of the object that invites fantasy, and almost the mystic from the anodyne
To finish, we would like to point out a elegant coincidence that brings together, maybe more than other times, the work of the artists with other positions implicit in art, in this case the gallery owners themselves. And then logically, through mutual understanding, and biography, Dobles brings the duo made up of Ismael Chapazz and Juanma Menero into to line of thinking of the selection. The Tactel duo.
Sentimental y profesionalmente fieles a la noción de lo doble, tanto artistas como galeristas y diseñadores apuestan aquí por convertir el espacio expositivo en una grata situación de encuentro íntimo entre unos contenidos y una presencia externa, distanciada: cada uno de nosotros, cada una de nuestras fascinaciones o nuestras manías ante la idea de arte. Y ahí es también donde se multiplica la partida.
Sentimentally and professionally true to the notion of the double, not only as artists but also as gallery owners and designers, they go for making the exhibition space into a pleasant place of coming together of content and external and distanced presence; each of us, each of our fascinations or even manias when dealing with the idea of art. And here is where we up the game.
David Armengol